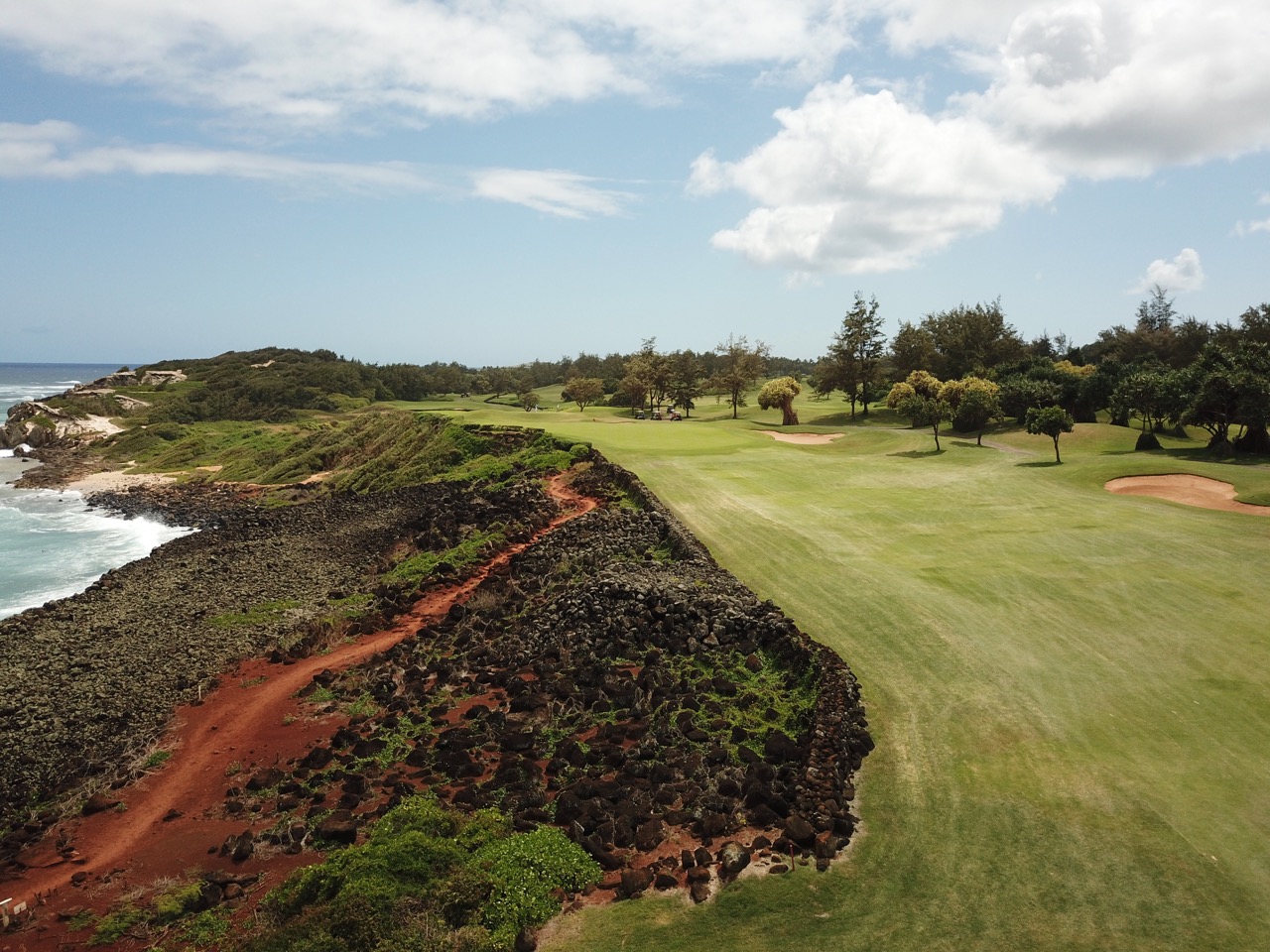 Poipu Bay GC is located on the southern coast of the Island of Kauai, adjacent to the majestic Grand Hyatt hotel.

The golf course was designed by legendary architect Robert Trent Jones Jnr and opened for play in 1991, and occupies a rolling plateau wedged between the sea and the mountains.

The translation for Poipu is 'crashing waves', and when players hit the back nine the course plays true to name.

RTJ is a prolific and gifted designer, and obviously impressed the locals with his skills- he also designed nearby Kiahuna GC, Princeville Makai, and Princeville Prince (currently closed)- that's four out of nine courses on the island designed by him- impressive!

The Grand Slam of Golf 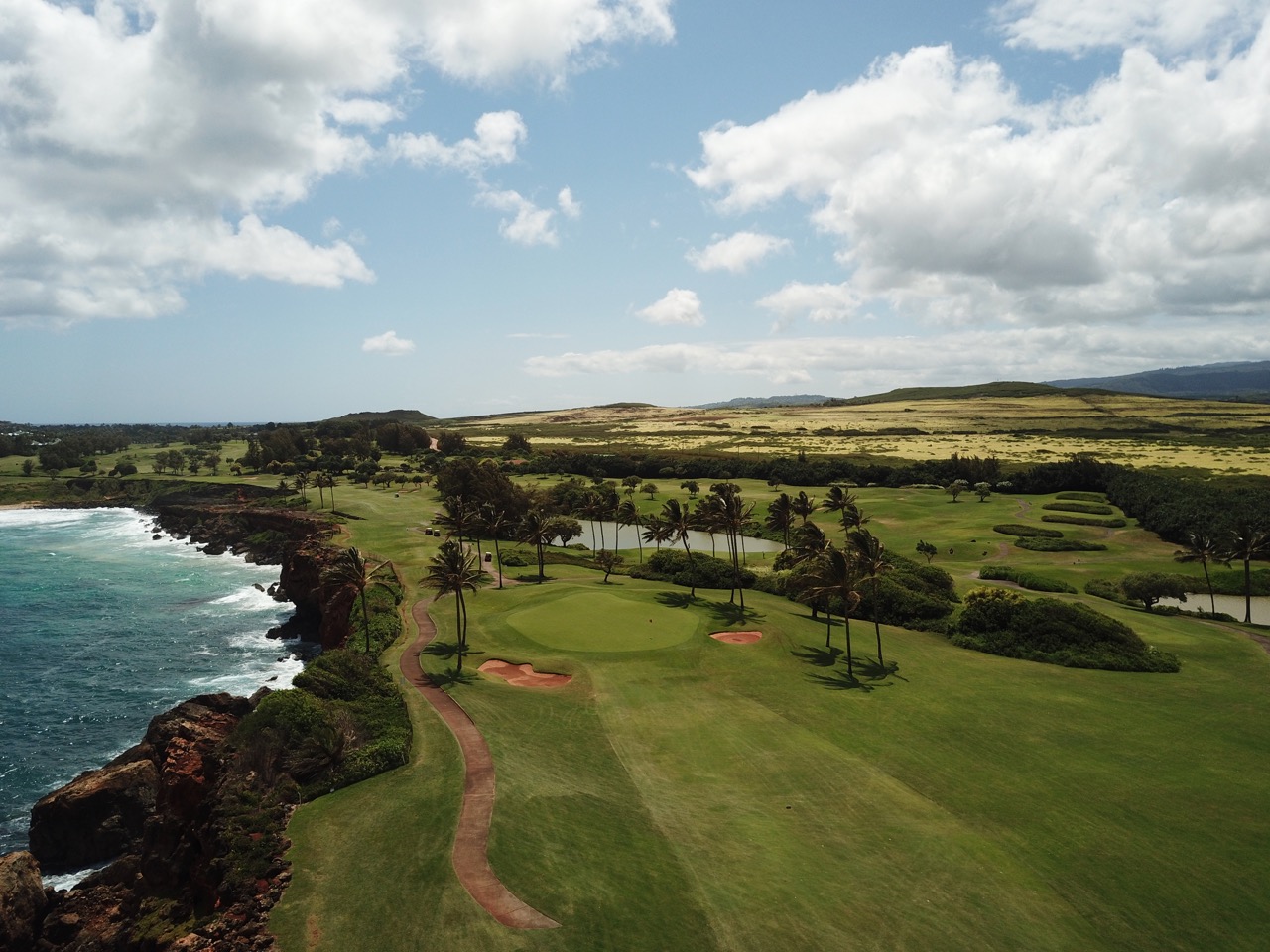 From 1994 to 2006 Poipu Bay hosted the The Grand Slam of Golf tournament, an invitational event where the winners of the 4 majors each year gathered to play to a huge television audience for major bragging rights. With the lush tropical mountain backdrop, the colour of the bougainvillea, and the crashing of the waves offshore- Poipu Bay was a feast for sore eyes. 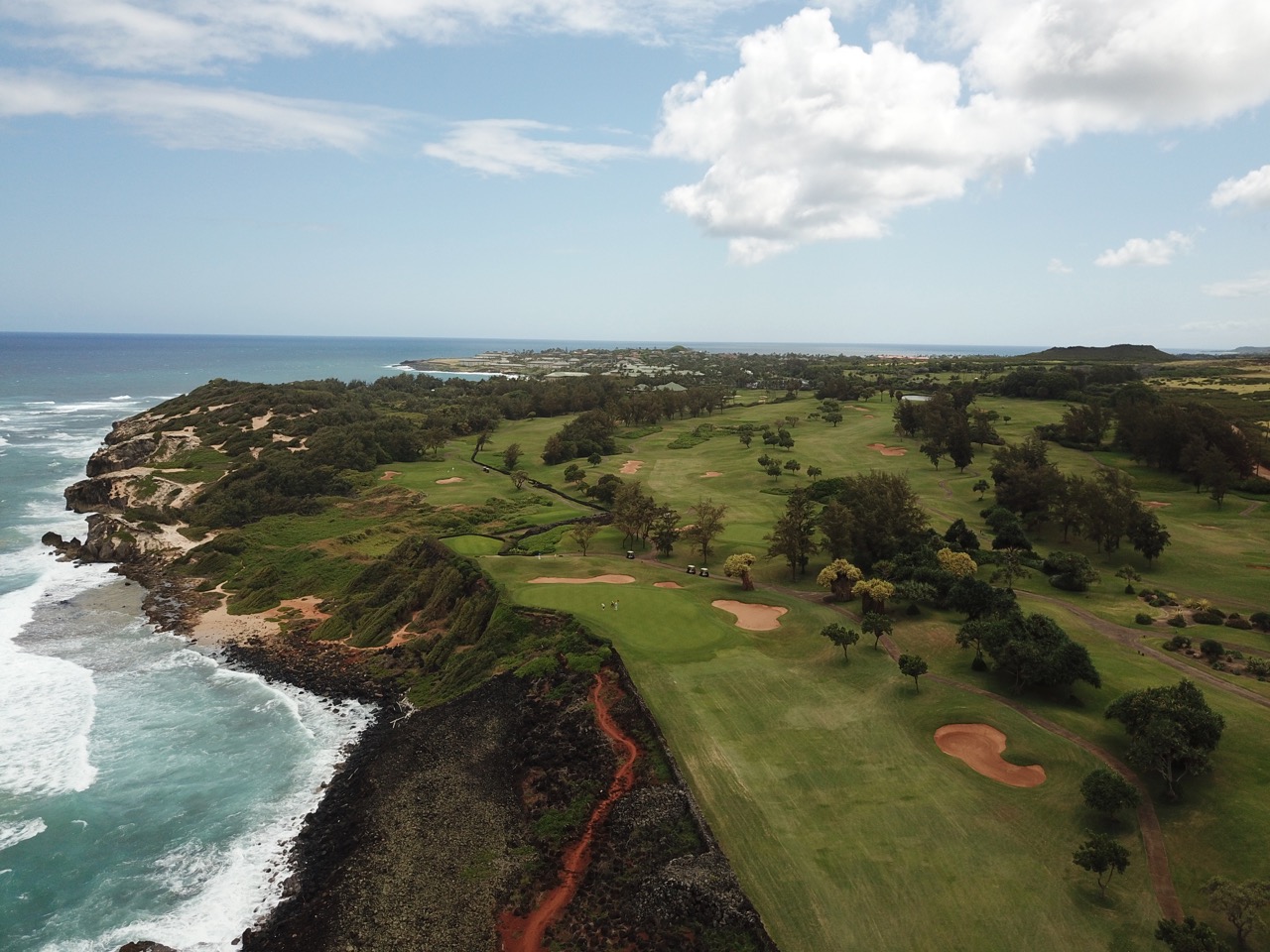 The course itself is nicely maintained and winds through the palm trees and strategically placed bunkers maintaining the interest without ever overwhelming you.

Two of the par 3’s- the 7th and the 11th grab your attention with green side ponds and the ever present breezes increasing the challenge.

But it is the big finish that is really memorable and you can hear those crashing waves as you move through holes 13 & 14 to reach the coastline.

They are four big holes to finish- holes 15 & 16 are long par 4’s playing along the cliffs, 17 is a long and difficult par 3, and the closing hole is a par 5 with water very much in play.

It is a grand finish. 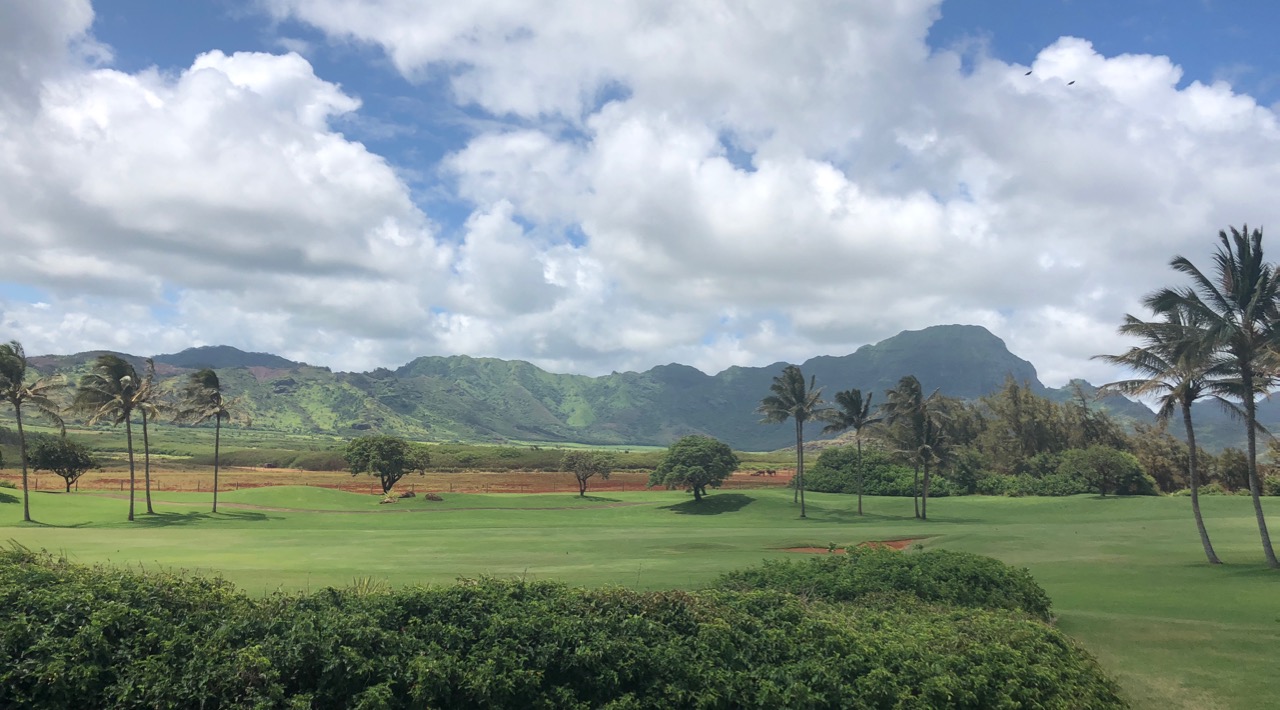 Travelling Golfers visiting Kauai should pencil Poipu Bay in as a ‘must play’.

The Travelling Golfer can tailor a golf trip to Hawaii to suit your group. For itinerary suggestions see Destinations: Hawaii- Golf on Kauai