The King Island Teams Challenge took place in March 2021 with 8 teams of 8 playing for bragging rights.

It was the first Travelling Golfer event since October 2019 - the bushfires and then COVID had seen all business refunded or rescheduled during this period, so we were very keen to be back in operation!

The group experienced two days at Cape Wickham and one at Ocean Dunes in competition, with many addiing a day to their stay to play the nine hole gem- King Island Golf & Bowling Club, and dine out at Wild Harvest restaurant in Grassy.

As is the norm on King Island the weather played it's part- we played in showers one day, strong winds on another and had a couple of perfect links golf days- with a little more than a light zephyr to make life interesting.

The consensus was that both courses were magnificent, and it was a great place for a quick golfing trip.

A big thank you to our team leaders: Ian, Sue, Shane, Alison & Andy (as well as Heather, Rory & myself) for mustering their troops

The Pink Caps with leader Sue 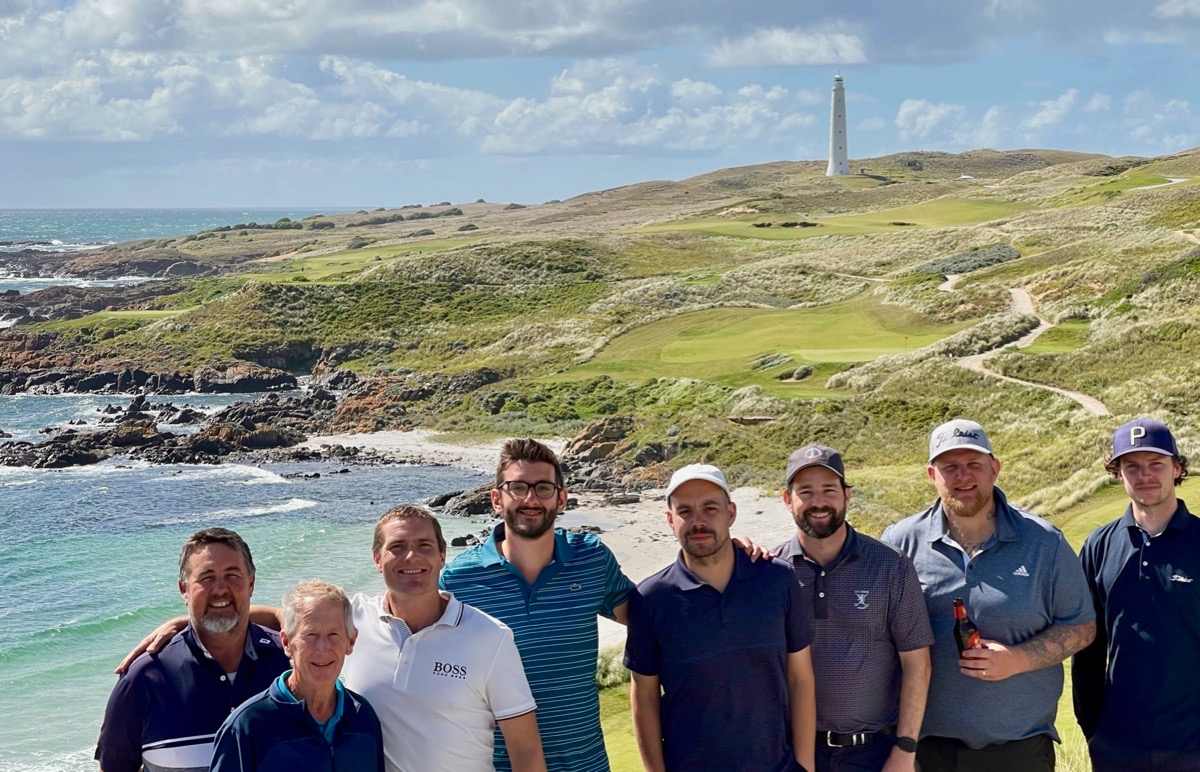 The Grey Caps with leader Rory

Winners:  In Group A the winners were the 'Blue Caps' led by myself, and in Group B the 'Green Caps led by Alison Southwell were the winners. Congratulations to all team members. 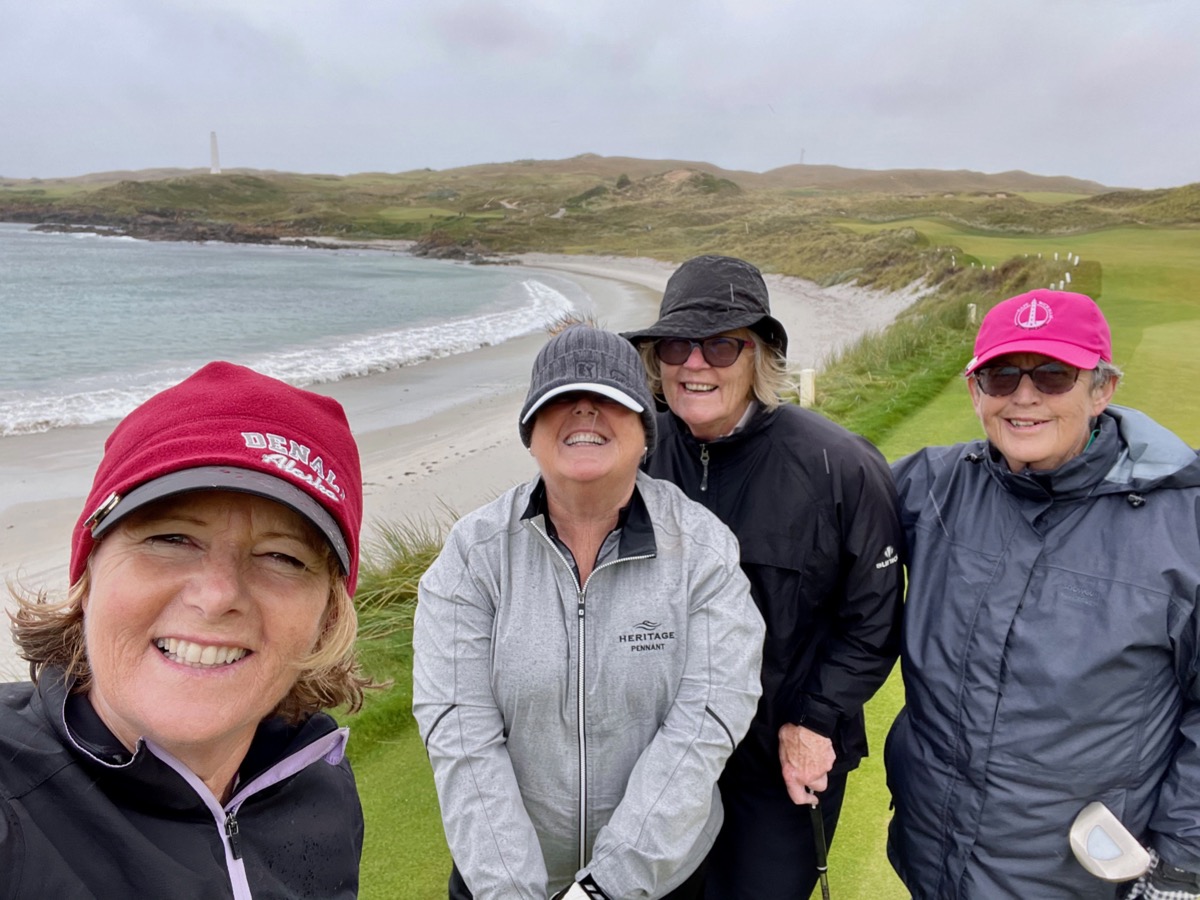 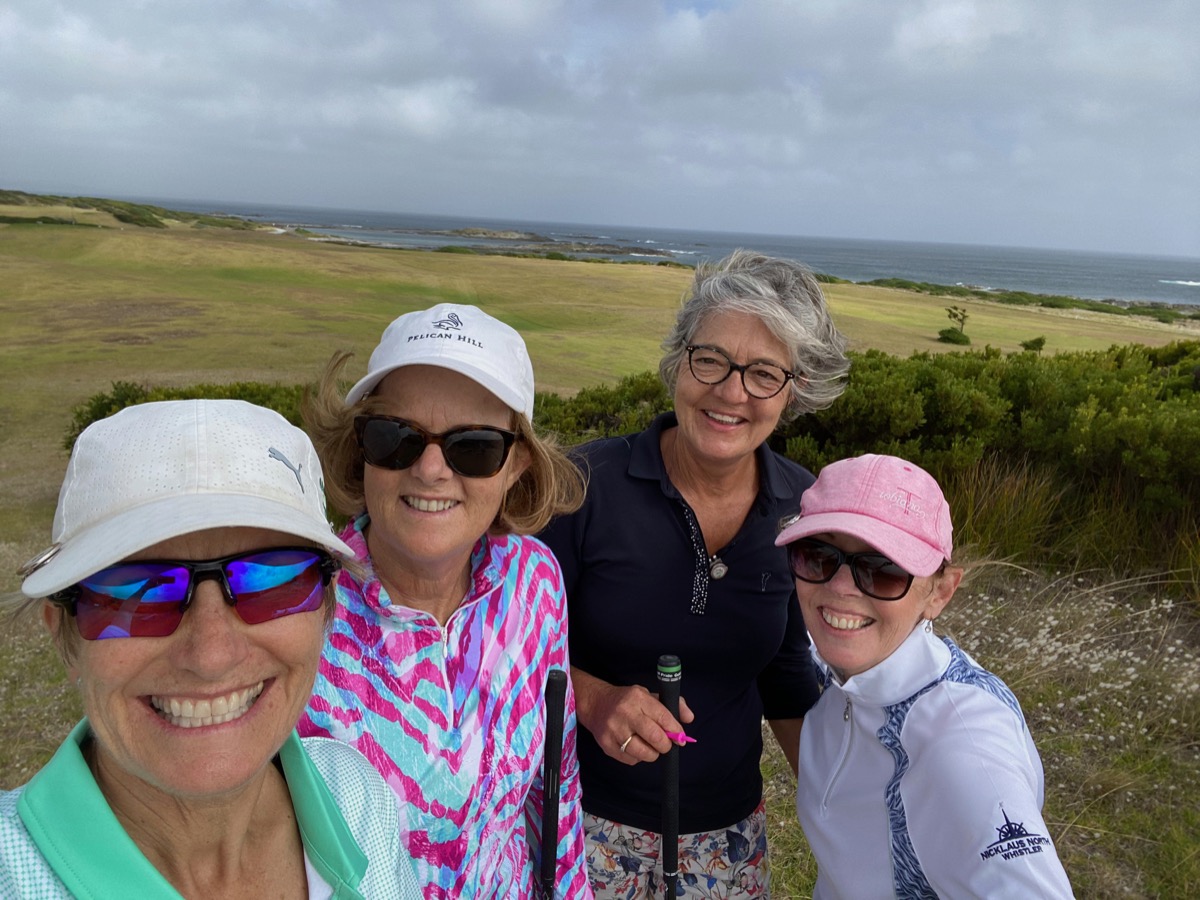 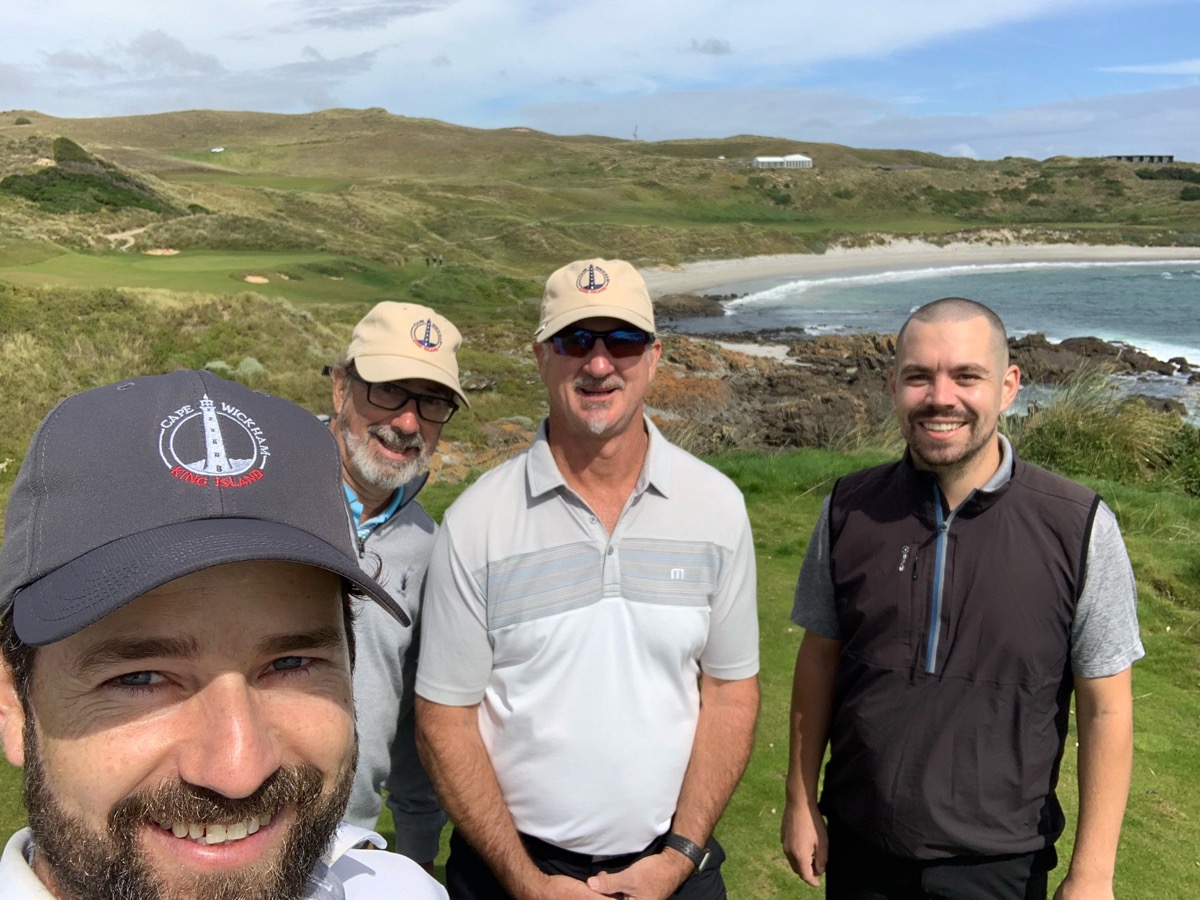 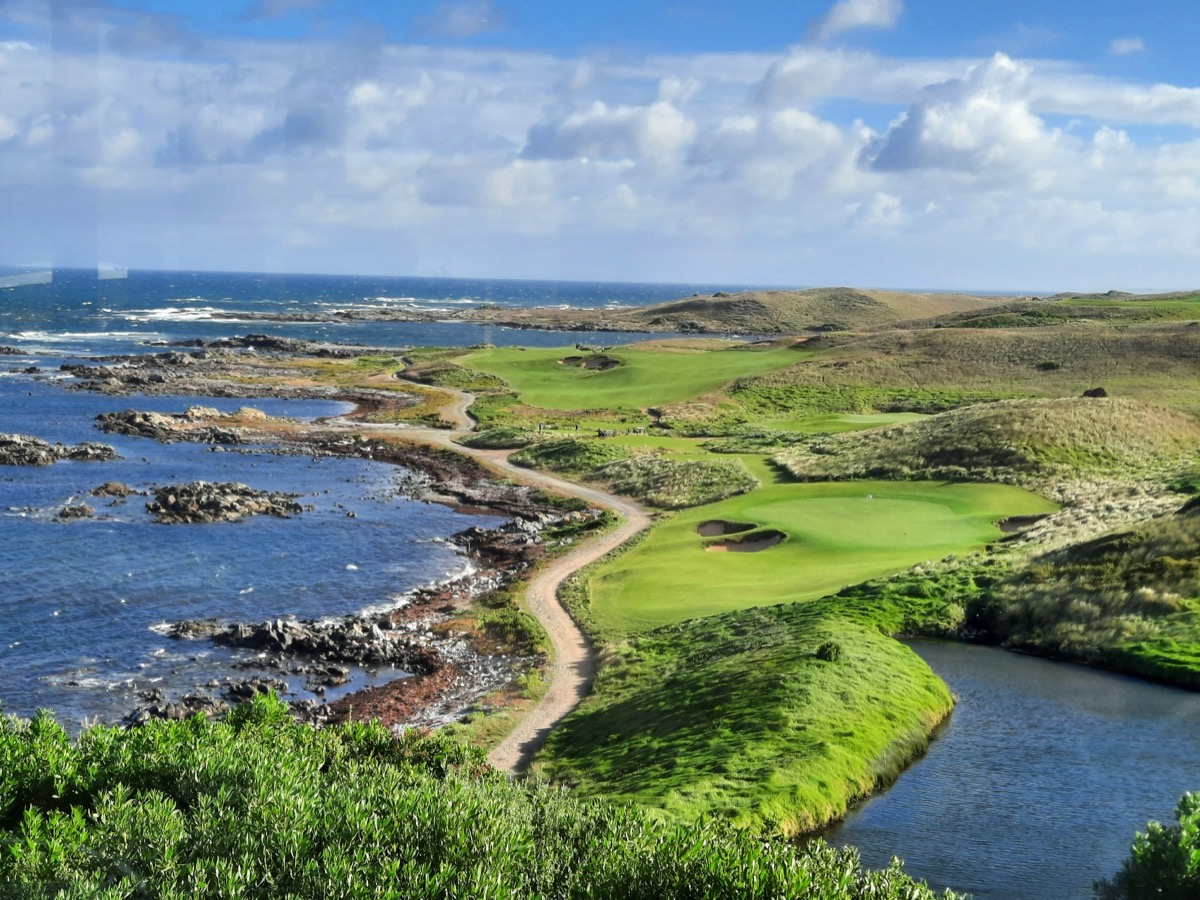 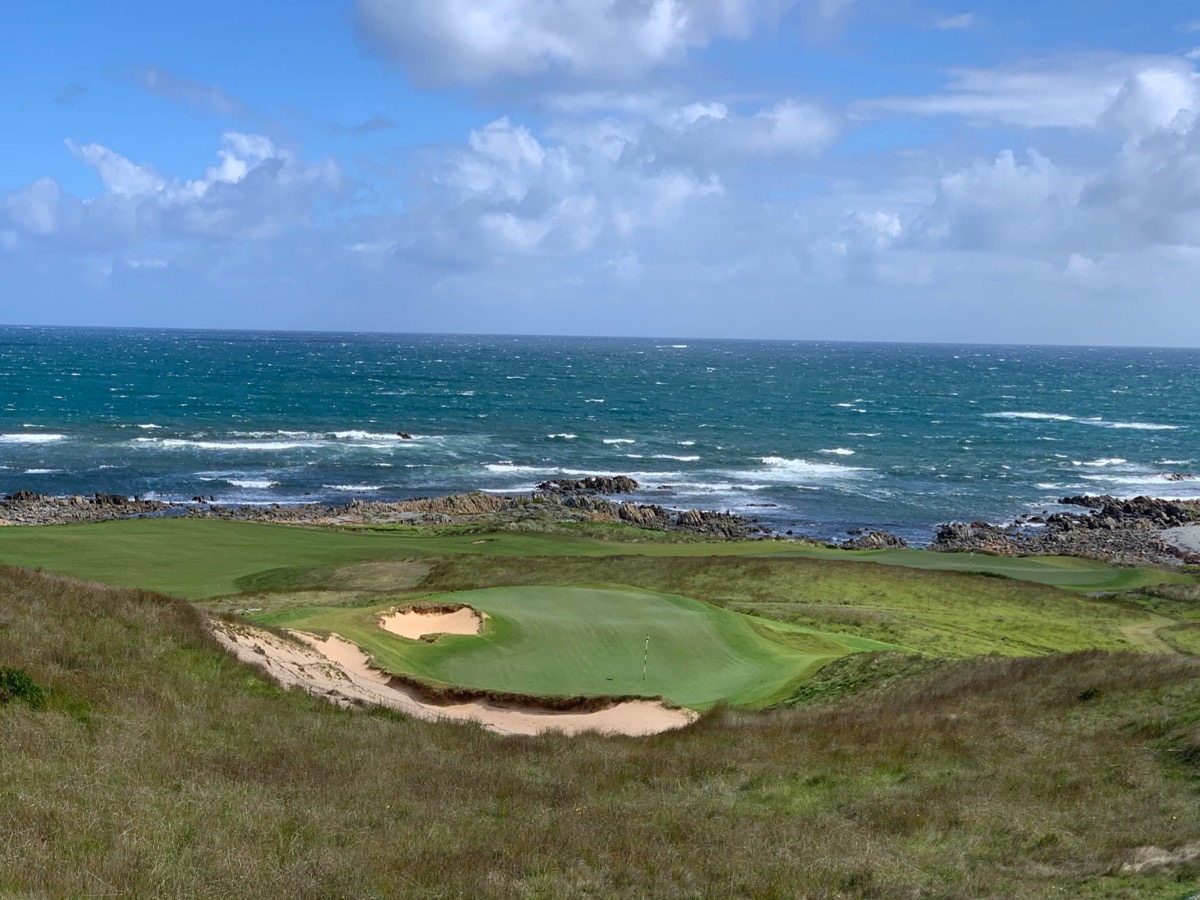 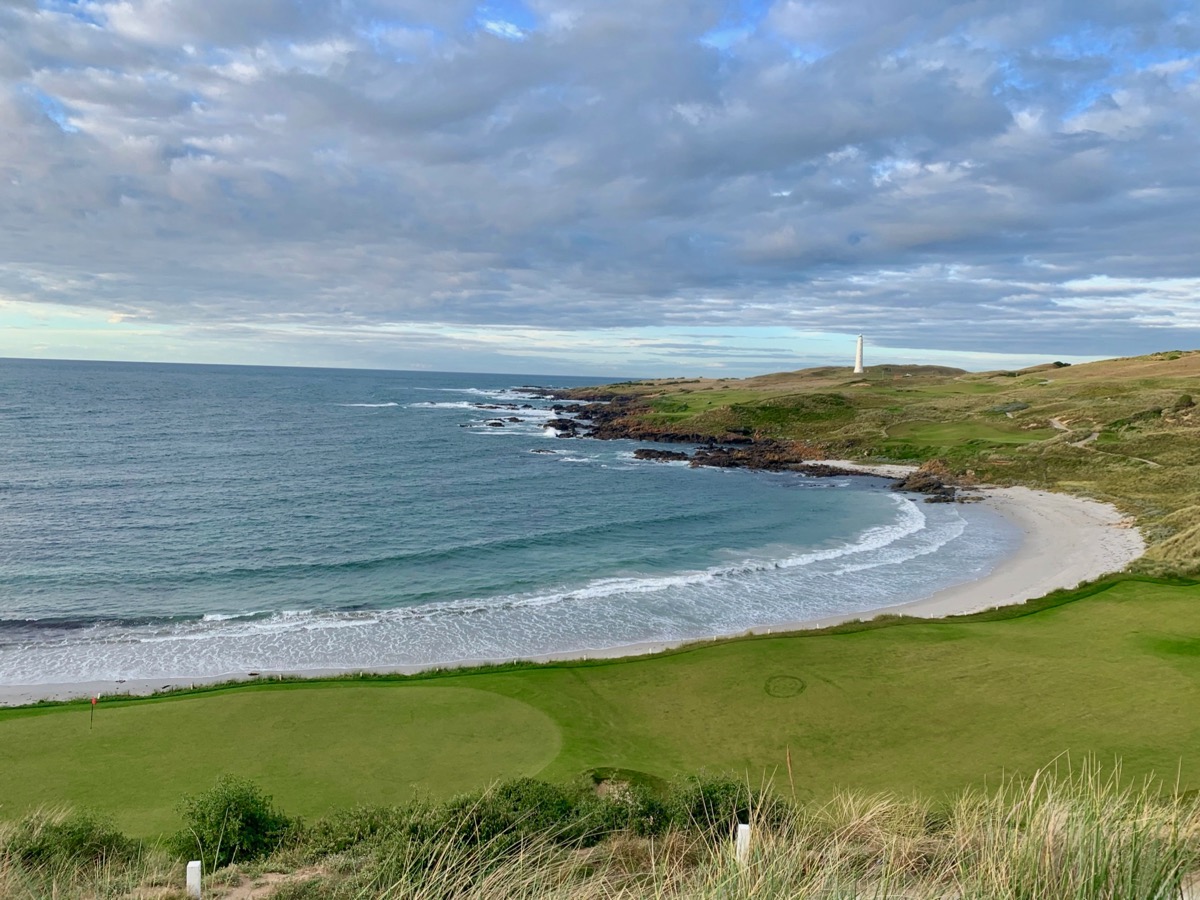 A heartfelt thank you from The Travelling Golfer for your support in these difficult times.

We hope you met some new golfing friends, enjoyed the courses, and had a great week!

The Port at Currie