Located less than an hour from Edinburgh airport Gullane is a Scottish town not unlike St Andrews in that it lives and breathes golf. Gullane Golf Club is located in the centre of town and has 3 wonderful links courses. Of these the oldest, named Gullane No 1, is generally regarded as the best. Gullane no 1 opened in 1884 although golf has been played in the area for over 350 years. Gullane no 2 & no 3 followed soon thereafter. 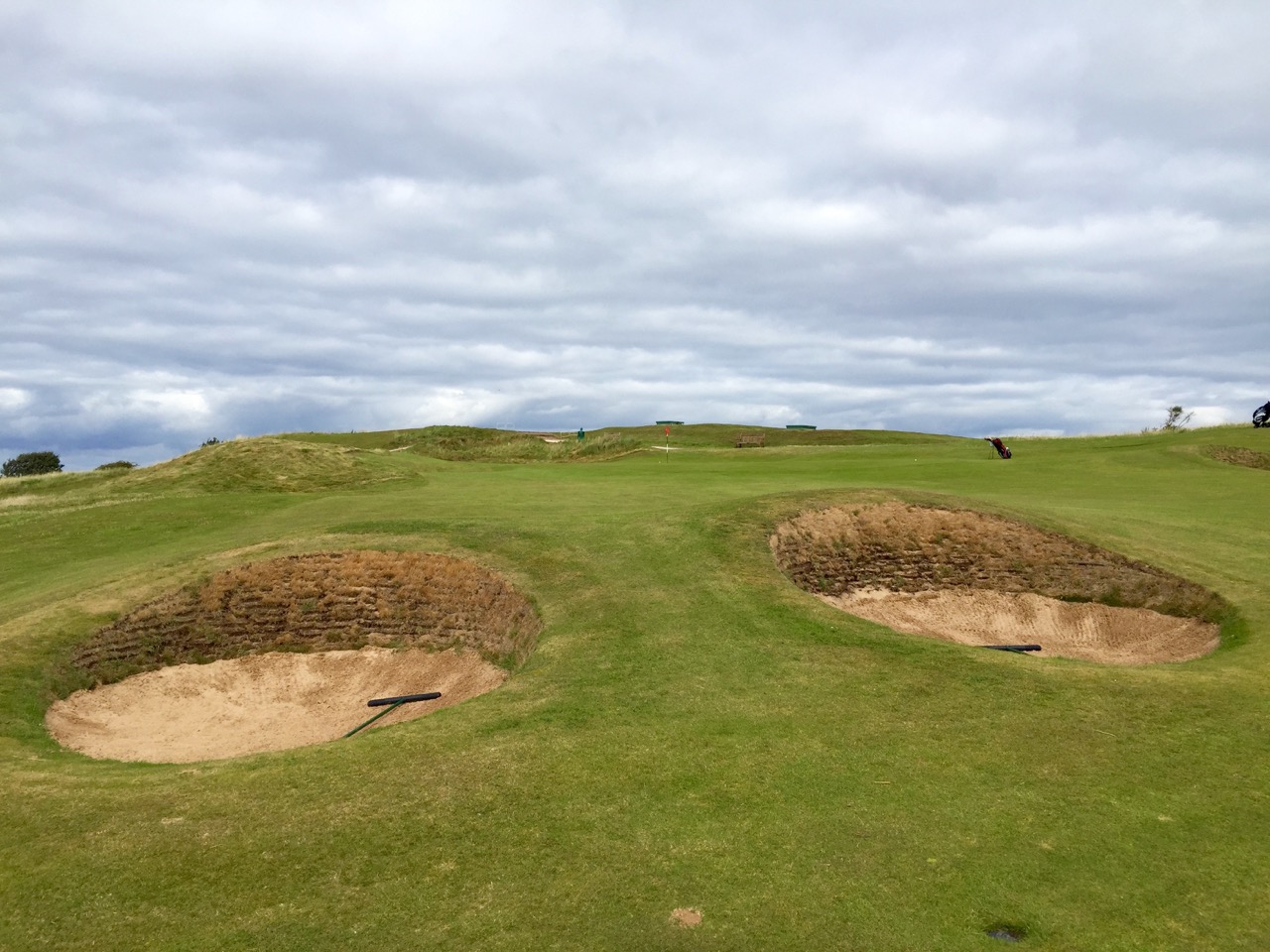 It is unclear who designed no 1.

What is known however is that no 1 is one of the finer links courses in Scotland, a stern test of golf played on superb turf. No 1 has hosted many championships over the years including the 2015 Scottish Open. It has also been used many times as an Open Championship qualifying course when the Open is held at nearby Muirfield. 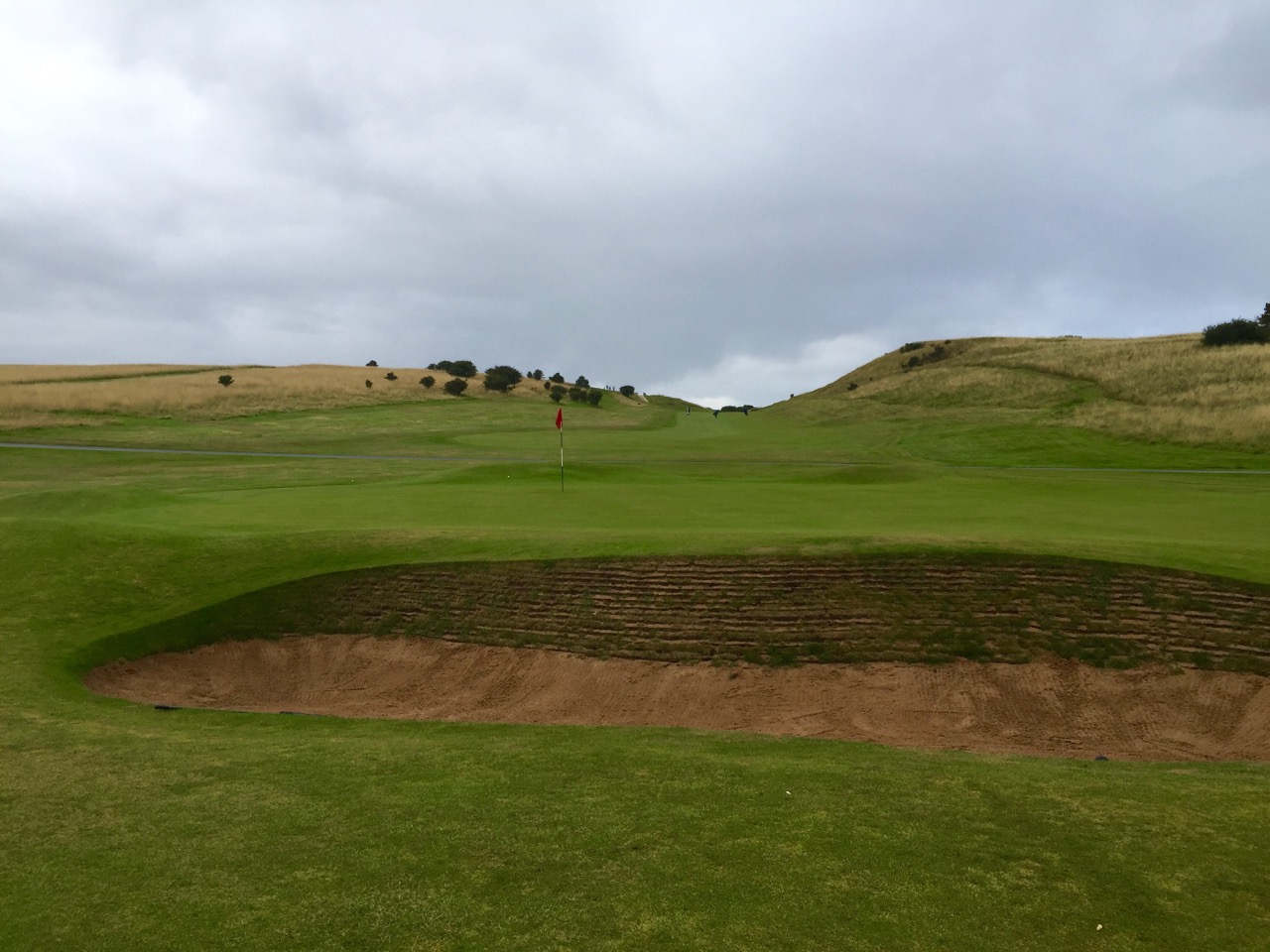 Unusually for a true links course, No 1 starts by climbing directly up the imposing Gullane Hill for the first few holes, before meandering down the other side toward Aberlady Bay, and then returning over the hill.

To score well around Gullane no 1, a player must be able to avoid the many bunkers strategically placed to catch the errant shot. And there are plenty of bunkers! 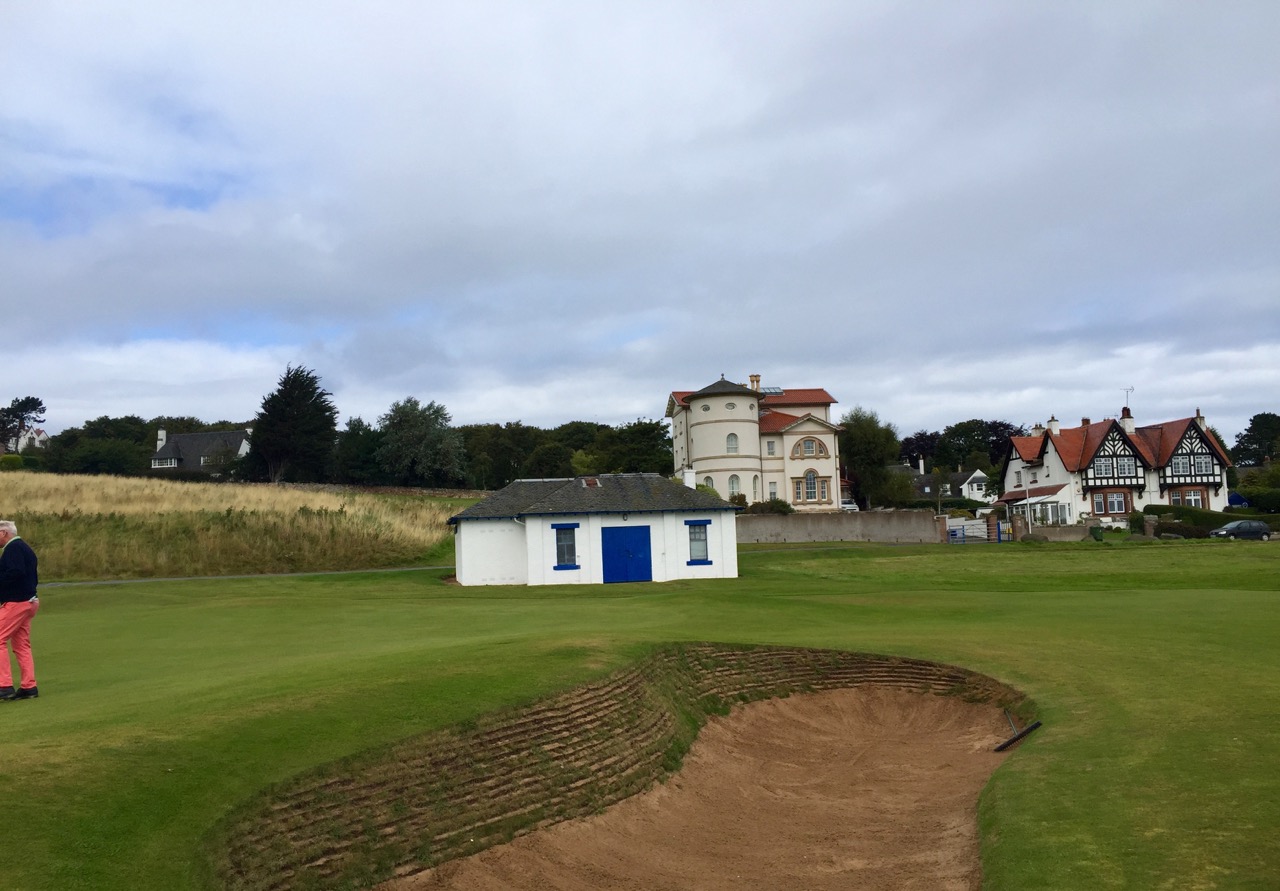 The course has a strong collection of par 3's which require a player to flight a shot over bunkers and judge the wind to stay on the putting surface. I particularly liked the uphill par 3 thirteenth hole.

The par 5 twelfth hole is heavily bunkered off the tee, but is short enough to entice every player to take them on and gain a chance of getting home in two.

Other favourite holes include the uphill par 4 second hole with its valley green, the short par 4 sixth hole, and the longer uphill par 3 sixteenth hole with it's tiered green.

However I did think the home holes- 17 & 18- although nice, were a bit of an anti climax after the quality that preceded them.

All in all, I thought Gullane No 1 was a wonderful golfing experience. Lovers of links golf just cannot miss this beauty!