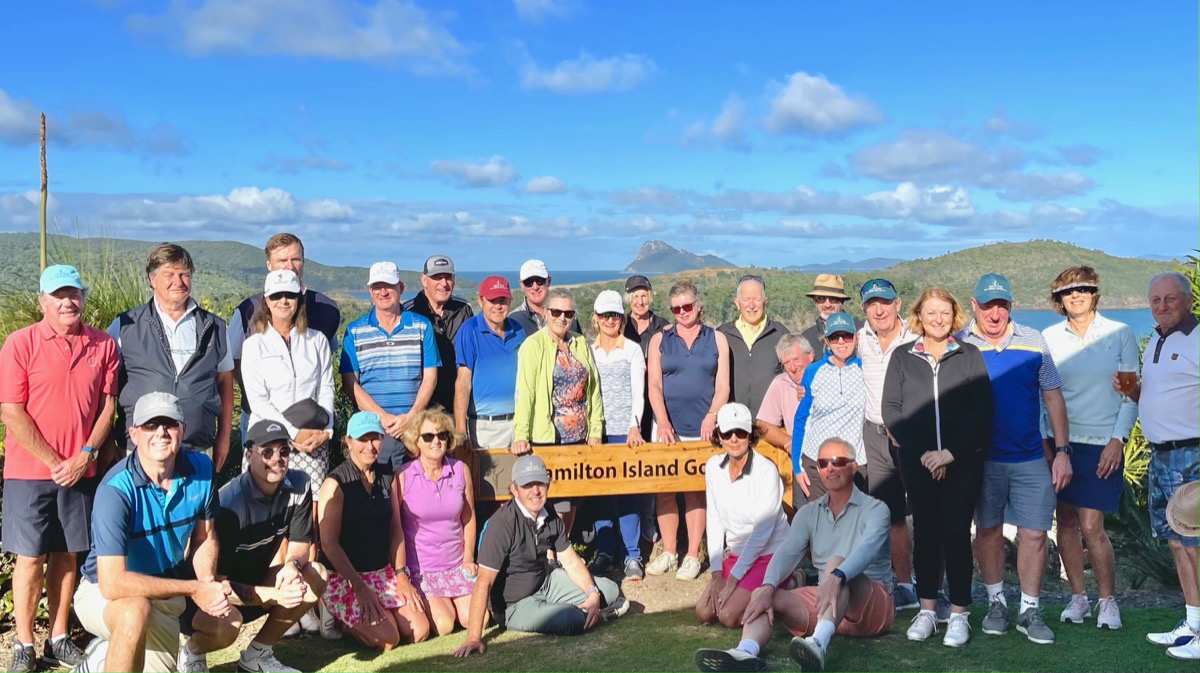 The Hamilton Island Teams Challenge took place on 11th-14th July 2021, between COVID Lockdowns in Melbourne and during the big Sydney lockdown. Sadly this meant the couples from Sydney were unable to join us.

With COVID causing so much uncertainty, the event was constantly being revamped - with last minute changes to participant numbers, golf format and dining options. In a COVID world you need to stay flexible as you are never sure what will be thrown at you. The best layed plans count for nought!

A big thank you to all participants for working with us to make the event a success. Our leaders Sue, Leigh, Rob & Ian were critical in keeping their teams advised of the schedule, as there was no published itinerary to work off. Well done Leaders. 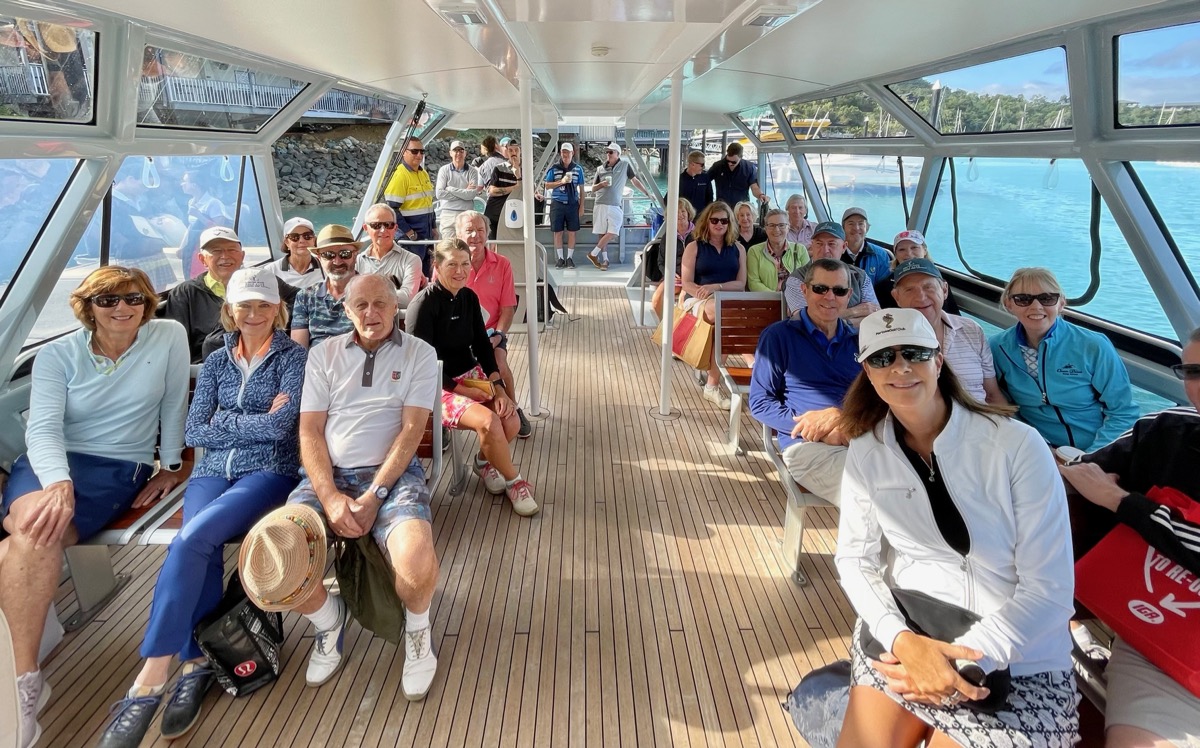 We were fortunate to have two lovely golfing days with a light zephyr making the game just that little bit more interesting.

The course at Hamilton Island is very exposed to the wind and tight in places, so it was inevitable that many balls would be lost.

We therefore tailored our competition to a team event rather than individual competitions, given the difficult reputation the course has. There were 4 teams with leaders Ian Greenwood (blue/green hats) Rob Urquhart (grey hats), Sue Semmens (light blue hats) and Leigh Bull (white hats). 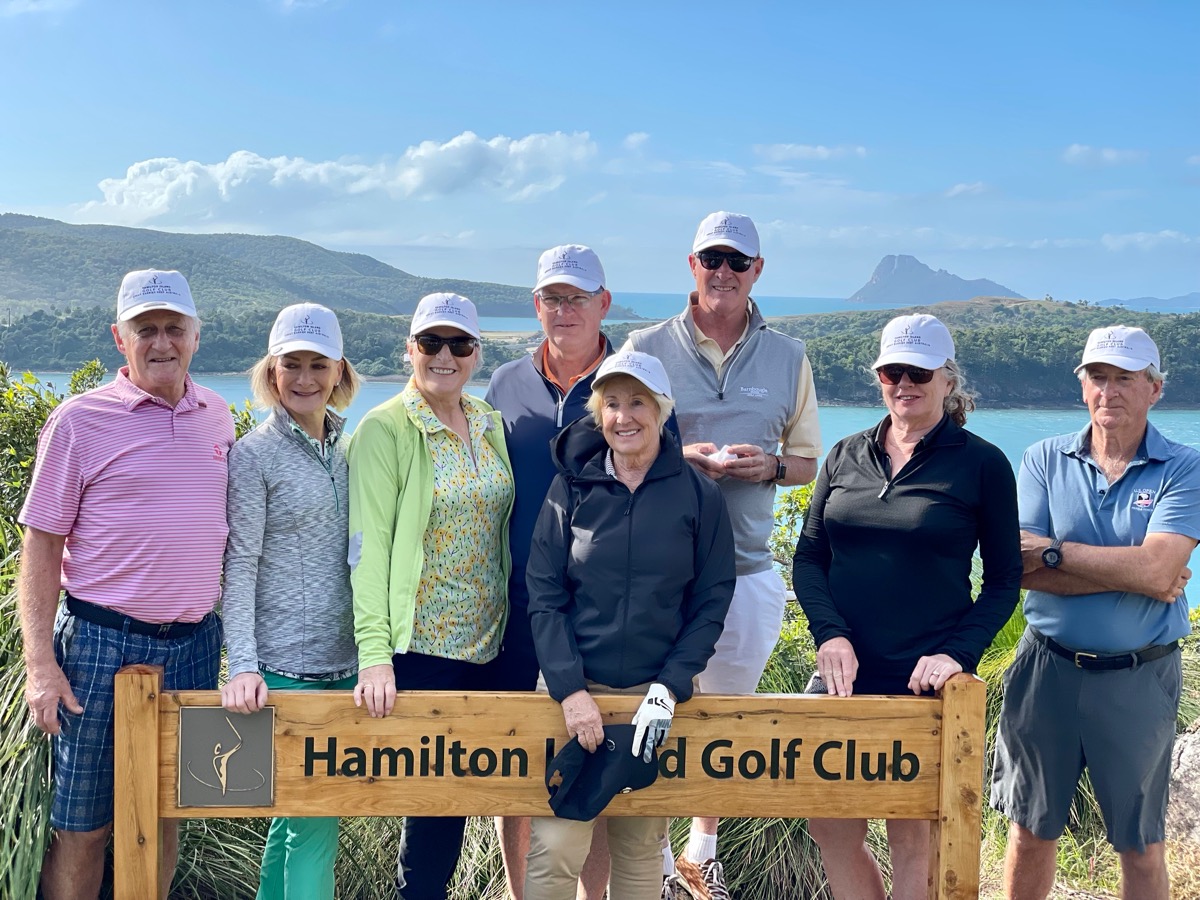 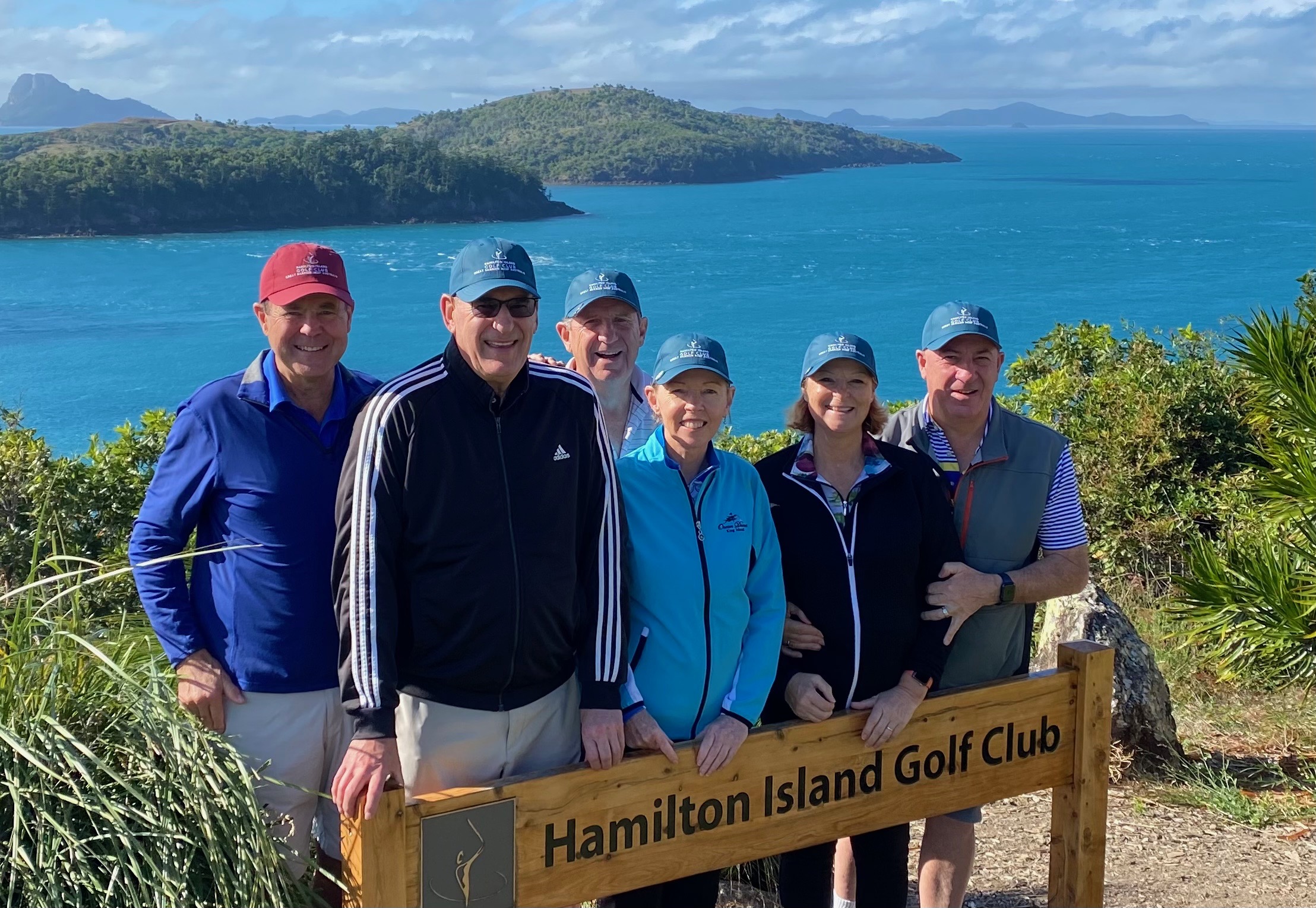 DAY 1 was a 4BBB Stableford comp where pairs from each team played with a pair from another team.

All pairs scores contributed to the overall team score for the Teams Challenge.

DAY 2 was a team event for groups of 4 with the best stableford score counting on the first 6 holes, the best two scores on the next 6 holes and best three on the next five.

On the last hole every player's score counted.

It was fun to play as a team in such dramatic golfing surrounds.

The winners on the day were Robert Urquhart, Zak Urquhart, Steve Timms & Peter Wood with an impressive team score of 76 points.

Sue's team was a close second. 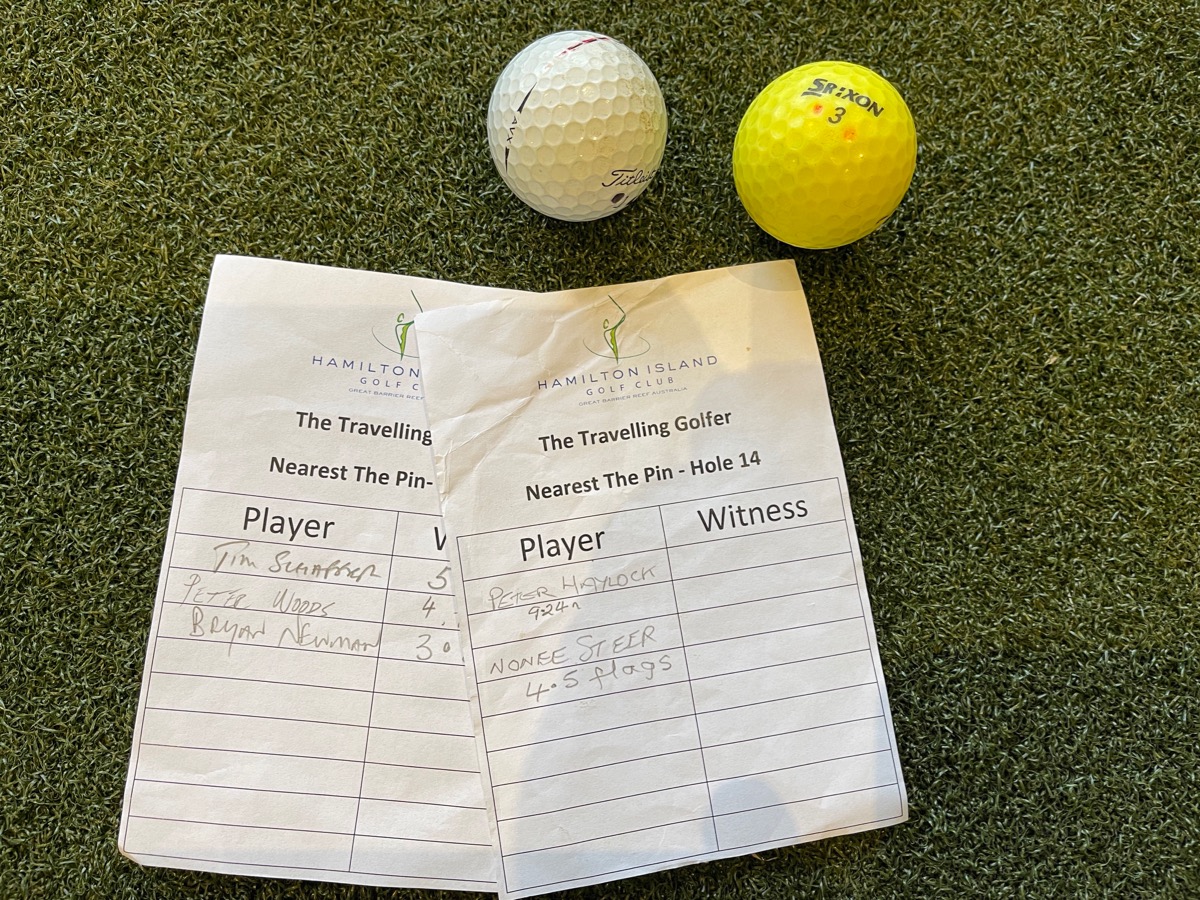 With so many balls being lost, we decided to run a lost ball competition. For $5 in, everyone nominated the total number of balls that would be lost by the group.

283 balls were lost by 28 golfers, averaging over 5 balls per round per golfer.

Despite the difficulty of the course, everyone enjoyed playing it. The scenery is spectacular and helps you forget how many balls you have lost.

It is certainly unforgiving in places, and exposed to the conditions, but I personally really enjoyed it.

For my course report see: https://www.thetravellinggolfer.com.au/course-report/hamilton-island-gc

For dinner both Monday & Tuesday night we rotated between three restaurants - Sails, Romano's and Manta Ray.

The feedback I got from everyone was very good.

It was nice to be out and about in such nice surroundings after so many lockdowns..

So that was The Hamilton Island Teams Challenge!

Back home again in Melbourne in lockdown 5.0, I can appreciate how fortunate we were to have the opportunity to socialise with such a nice group, play a spectacular golf course, and enjoy the mild balmy Queensland weather.

It was a tough gig to organise under the circumstances, but we were blessed with our timing.

Even more so now that we are hearing that COVID reached Hamilton Island on Friday!

I will remember these few days fondly, and hope you will too!

Thanks to our leaders and for all those that attended.

We hope to catch up again soon..