Pine Needles Golf Course is located in the Sandhills of Nth Carolina, and was built by the legendary Donald Ross in 1927.

In the depression years the course was sold and the art deco clubhouse became a retirement home.

It wasn't until the early 1950's that Peggy Kirk Bell and husband Warren bought the course and built a new clubhouse on the southern end of the course.

As a consequence the routing was changed and the former second hole near the new clubhouse became the opening hole. 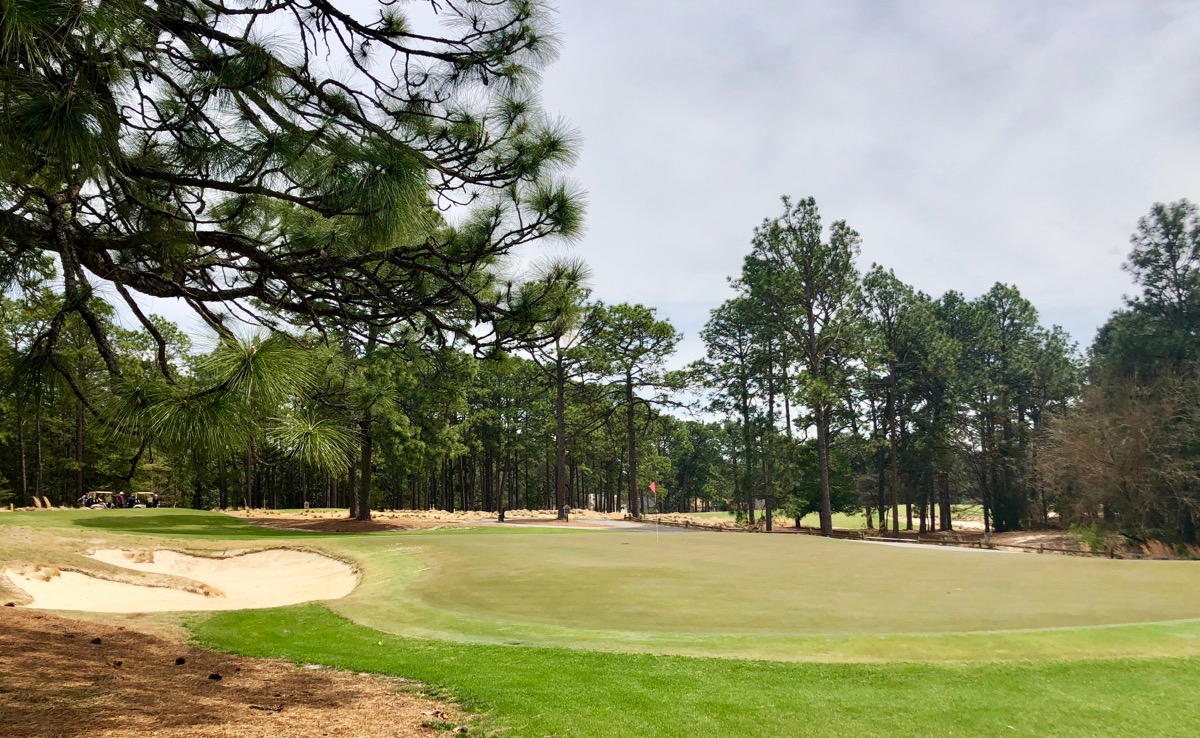 Under their guidance the course flourished, and to date has hosted 3 U.S Womens Open Championships.

In 2005 architect John Fought was employed to renovate the course, extensively upgrading the turf throughout.

He reworked the greens to emphasise the Ross crowned greens, along the way adding subtle movement through the heart of the greens to add interest and difficulty. 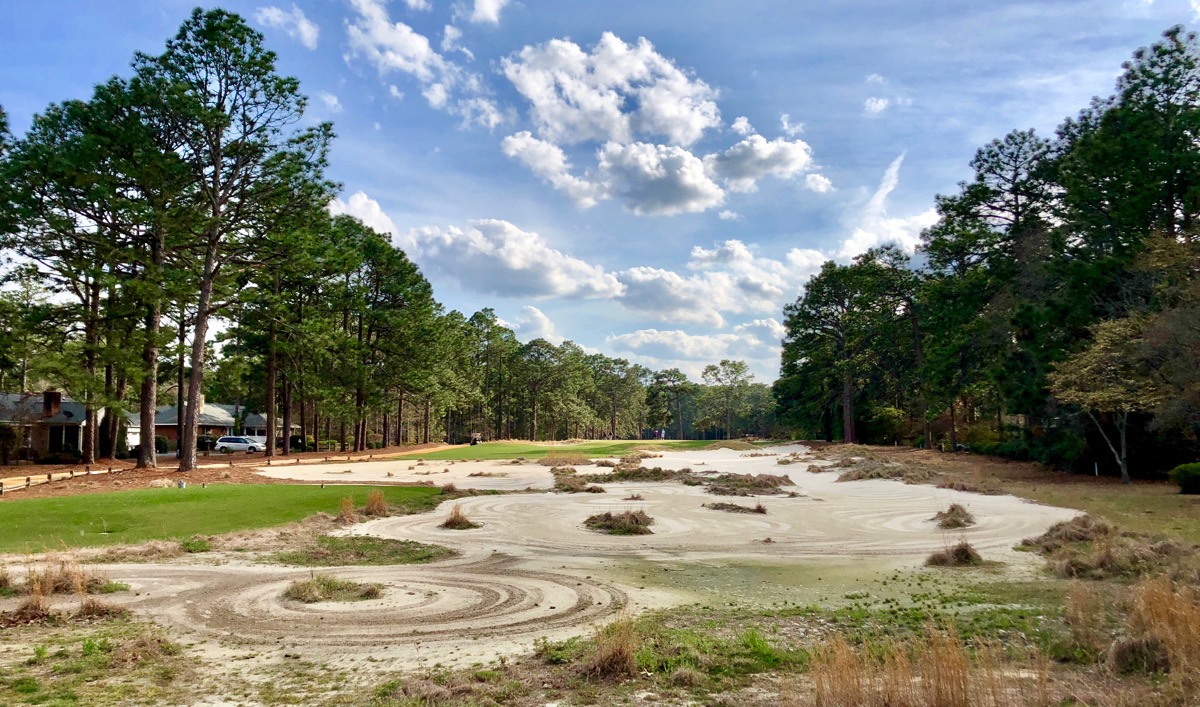 Pine Needles now reminds me of a condensed or shortened version of no 2 at Pinehurst (also designed by Donald Ross).

It should be perfect for the upcoming ladies championships, and a test for the everyday golfer.

- hole 3, a short downhill par 3 over marshland with a tricky green 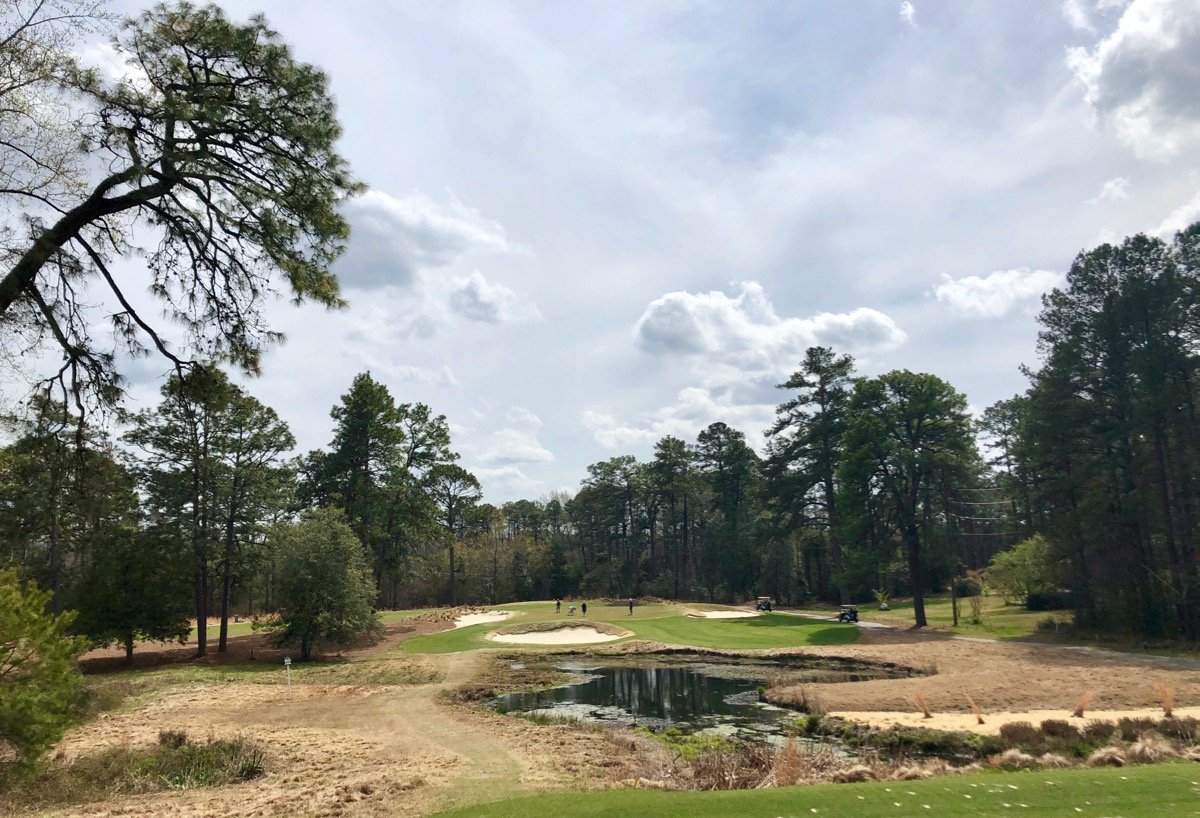 - hole 4, a mid length par 4 with tee shot over water, and an uphill approach to a crowned green on the hill top.

- hole 13, a mid length downhill par 3 to a green set in a natural valley 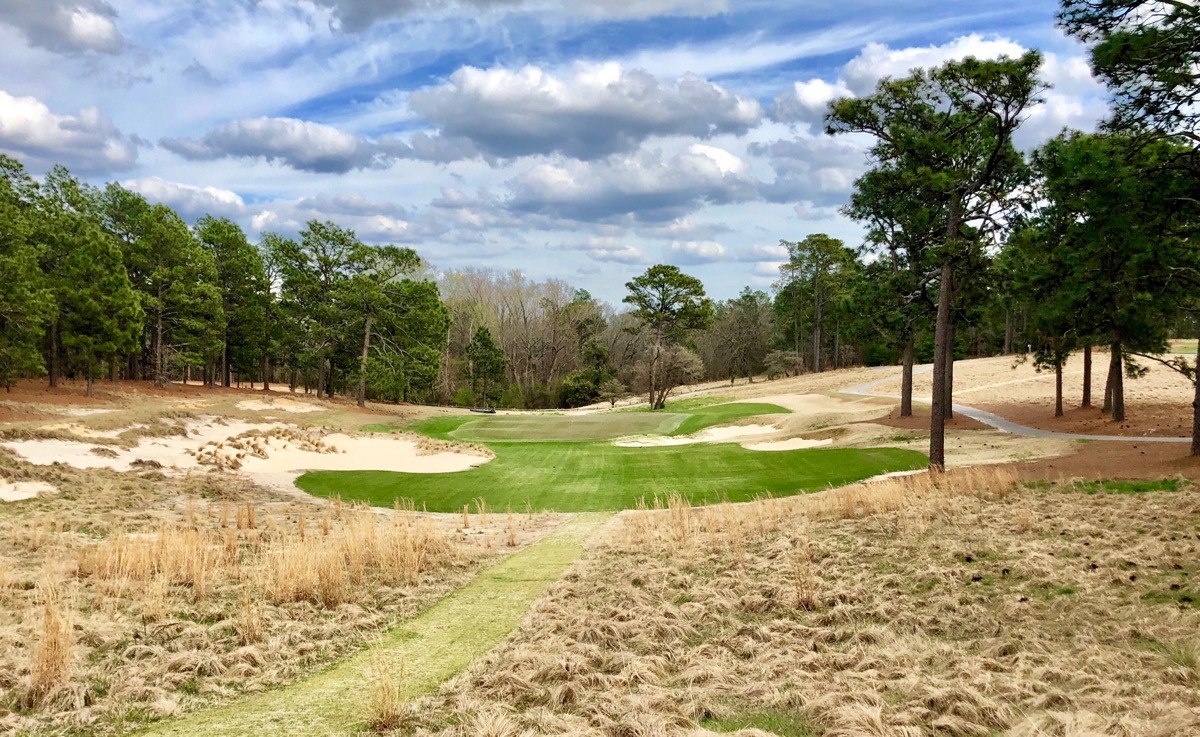 Pine Needles is a quality course, and will set up very well for the Ladies Championships.

It is however a serious test for mere mortals- a test of patience and accuracy, rather than length.

Pine Needles is one of the featured courses on Travelling Golfer trips to the Pinehurst Area of Nth Carolina.

Please contact us here is you have an interest in a golf tour including Tobacco Road. The Travelling Golfer can tailor trips to suit your group!