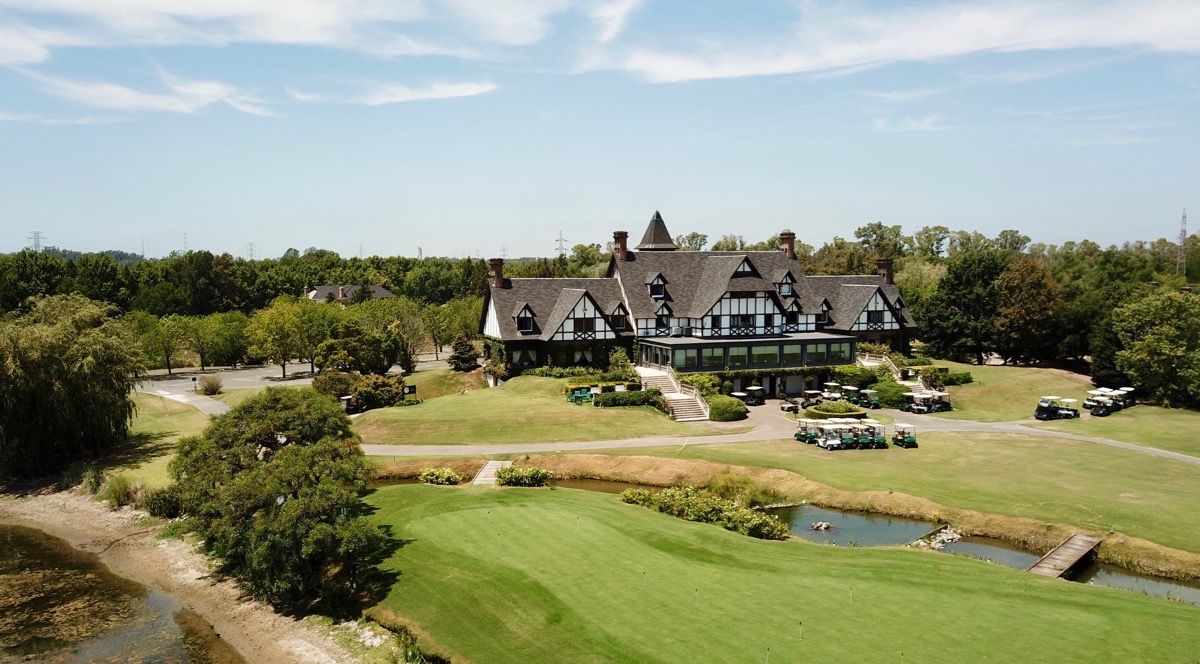 Buenos Aires GC is an exclusive 27 hole golf course close to the CBD of Buenos Aires. It was designed by Robert Von Hagge, and opened for play in 1994. From the day it opened it has been considered one of the best courses in South America, and certainly one of the most respected private clubs

Buenos Aires is known for it’s many lakes and bunkers and is beautifully maintained.
The club has hosted many championships including The Argentinian Open and The World Cup, and of course they can now add that they have hosted a The Travelling Golfer tour…

One of the features at Buenos Aires GC is the magnificent period clubhouse, which was constructed in 1994, but for all the world looks from a different age.

Although power lines clutter the skyline and lakes border many holes, neither dominate play or cause any real concerns

The course is modern strategic/bordering on penal design at times with fairway bunkering prominent throughout the course, and encroaching significantly on the playing areas. In some cases with angled greens the best side to approach is heavily protected by the use of those fairway traps, water and trees- other times there appeared no option but straight to stay out of trouble

When the lakes were excavated in the construction stage the soil was used to make mounding to border fairways and greens, and this can often look contrived. However designer Von Hagge is adept at softening the mounds with the use of local vegetation (refer his work ay Bogogno and other courses) and indeed Buenos Aires has real appeal with pampas grass, trees, water, and bunkering all adding to the attractive look.

the par 4 ninth hole with lake in play down the right, a nicely bunkered green, and lovely view of the iconic clubhouse 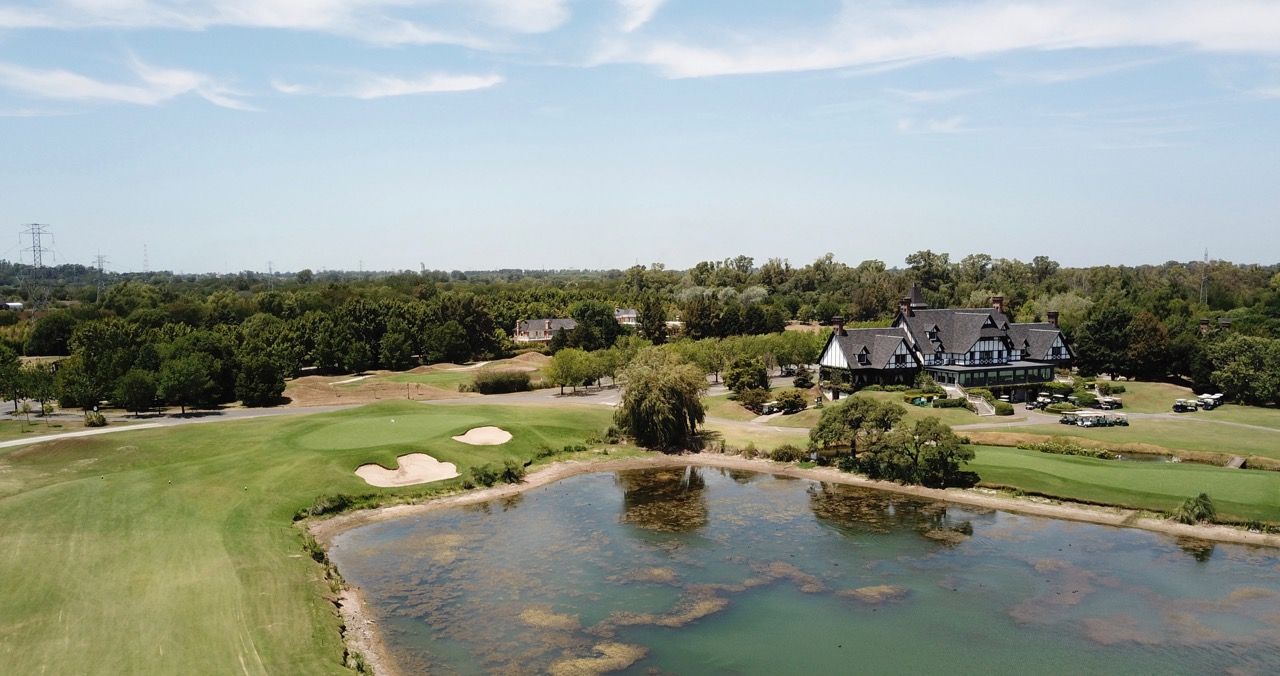 Buenos Aires is a class act, and rewards good play.

Hit in the wrong positions however and your footwork will need to be pretty fancy to score- it may be easier to learn the tango!

The Travelling Golfer can tailor a golf trip to Argentina to suit your group. For itinerary suggestions please see Destinations: Argentina