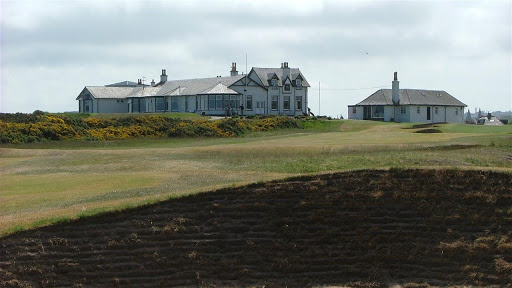 The club was awarded Royal status in 1903

The course was originally designed by Archie & Robert Simpson from Carnoustie.

James Braid later lengthened and rebunkered the course, and in more recent times Donald Steel and Martin Hawtree have made further upgrades. 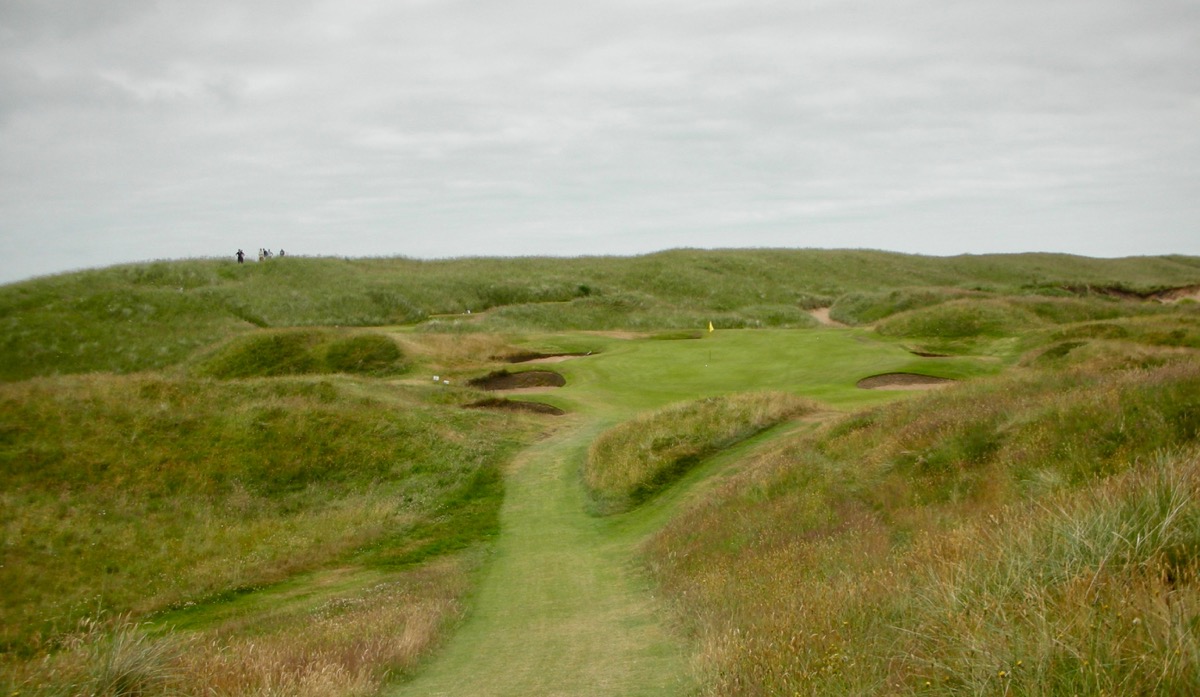 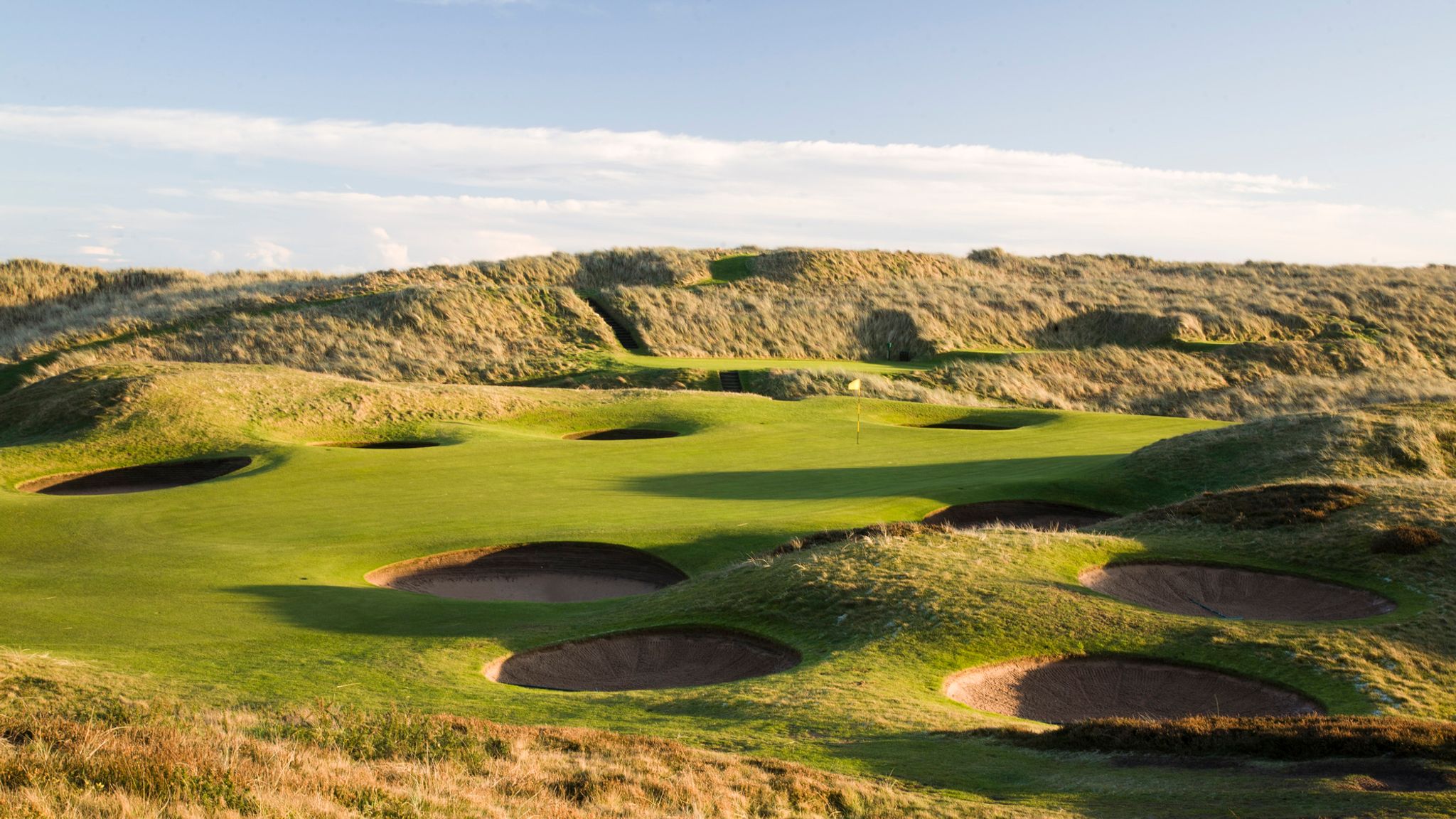 Over the years Royal Aberdeen has played host to many championships including: 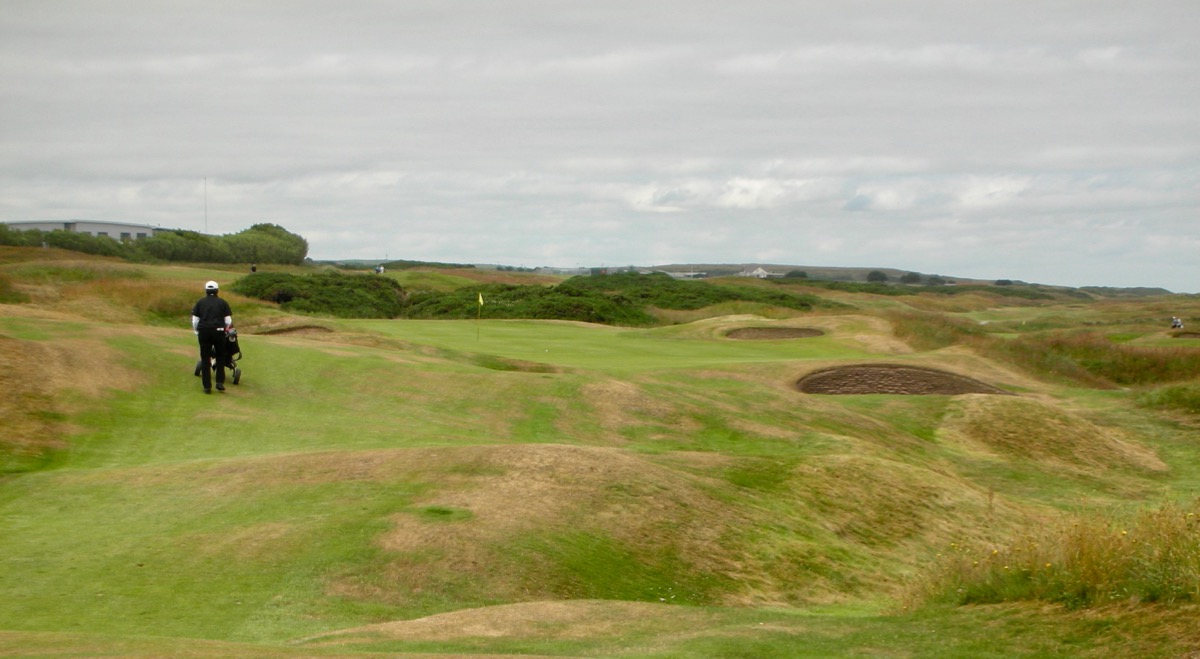 The Balgownie links contains some wonderful golfing terrain in large dunes right on the North Sea.

It is widely accepted that the front nine is world class, but that the back nine suffers by comparison, and I agree

The round commences with the first hole heading directly to the sea.

It's a nice hole, but things go up a notch on the 2nd tee.

Holes 2-9 each play north parallel to the sea and each hole is surrounded by the impressive dunes.

There is nice variety in the holes, with the constants being long rough, rumpled fairways and greens amply defended by deep revetted bunkers

It is wild links golf not unlike Cruden Bay in parts, and it is exciting!

The back nine turns back south for the road home, and heads inland away from the dunes

- hole 2, a lovely par 5, and a wonderful introduction to the dunes

- hole 3, a long long testing par 3 in a gorgeous setting

- hole 5, a short tricky par 4 where the areas of play seem almost overwhelmed at times by the rough and bunkering

- hole 14, a strong par 4 with burn potentially in play off the tee 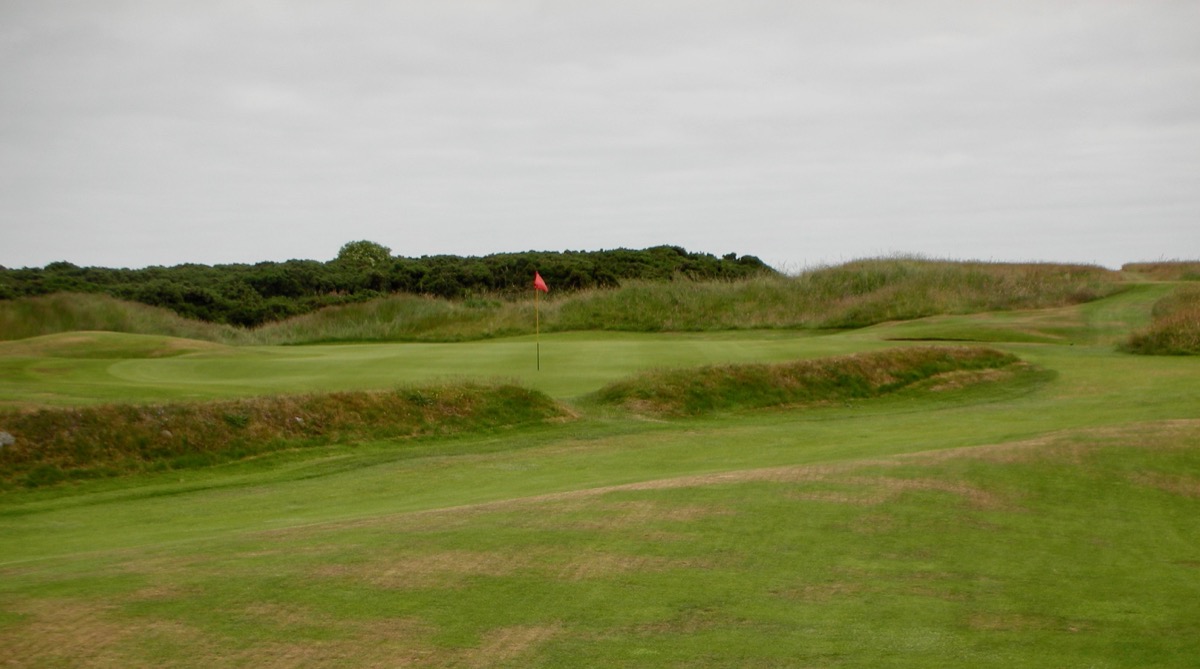 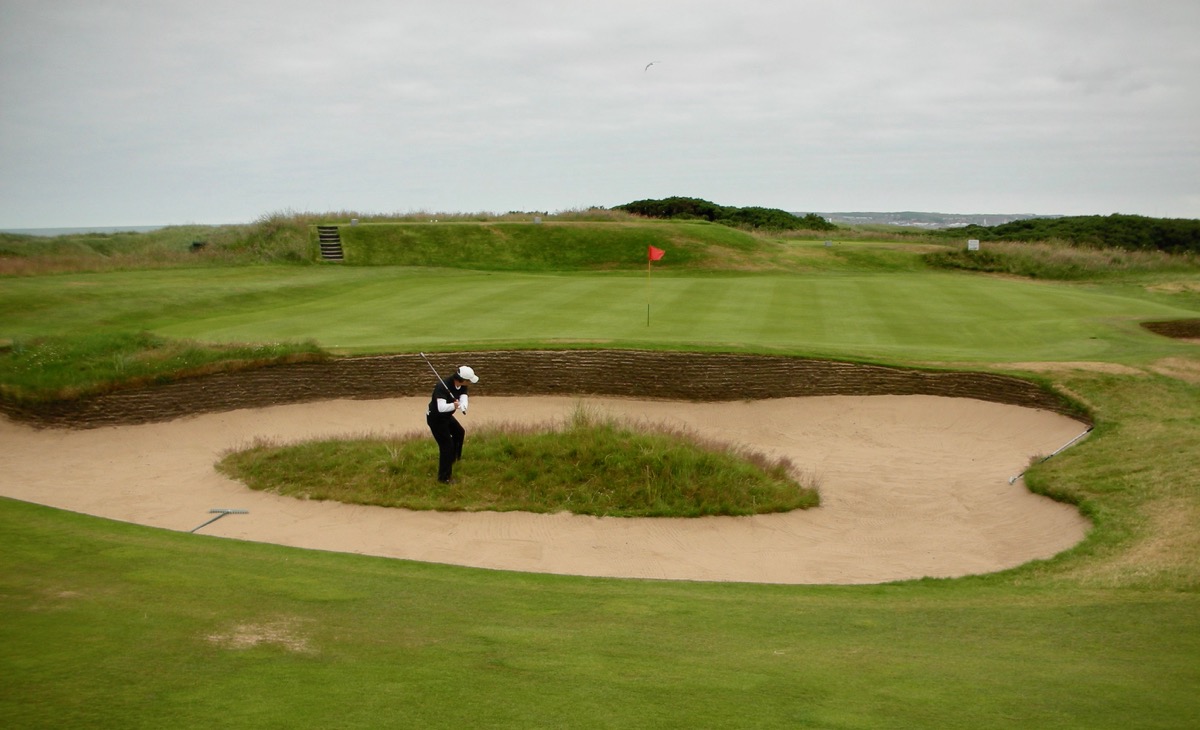 This is my type of course