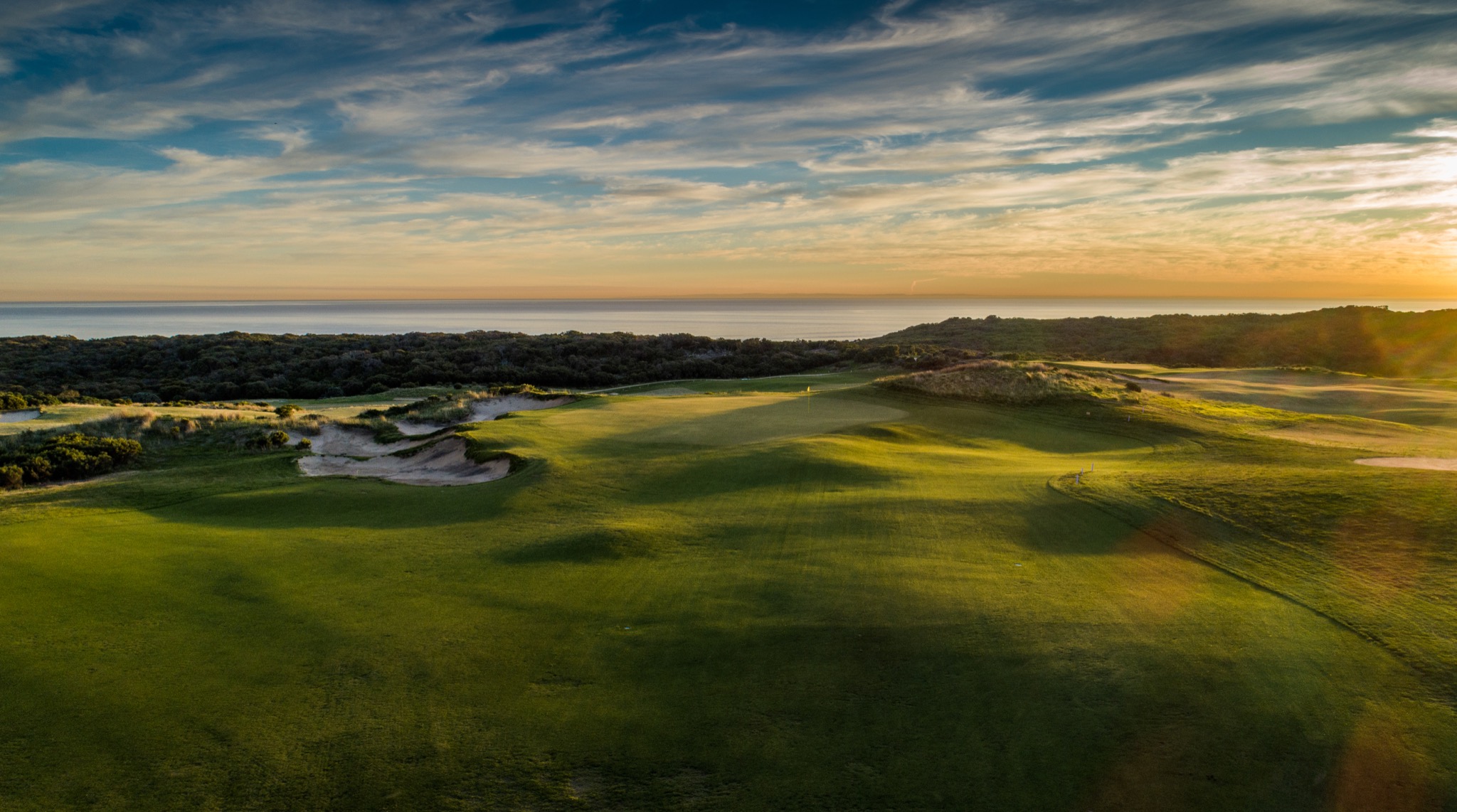 A Brief History of The National Golf Club

Campbell had planned to expand the project, but his plans faltered, and it wasn’t until David Inglis became involved in 1979 that the vision of The National Golf Club- being  one of two courses- one private and one public, and a housing estate- became the template going forward.

Inglis was an entrepreneur, and known for starting The Australian Masters tournament.

No one was prouder when in 1988 The National Golf Club formally opened with a magnificent Robert Trent Jones Jnr course in sand dunes on the coast.

Now known as The Old Course at The National, originally it was simply called The National.

In 2014 The club entered into a merger with Long Island Country Club, and now boasts 4 championship standard golf courses and 3200 members - making it the biggest club in the southern hemisphere

In 2018 the club announced the appointment of renowned architect Tom Doak to completely redesign The Ocean Course.

The Ocean was a good course but notoriously unforgiving in strong winds. Many of the greens were elevated and exposed to the wind to the extent that balls could be blown off the greens after initially coming to rest..

Tom Doak’s brief from the club was to produce a course that complemented The Old and Moonah courses- both of which are quite demanding in different ways. The club wanted a course that was playable on the occasional very windy day, playable for all level of player, and great fun to play
On this basis Tom Doak has delivered in spades
The Gunnamatta has wide fairways- reminiscent a little of Royal Melbourne in their width.
Whilst the course is beautifully bunkered, the bunkering on this course plays second fiddle to as fine a set of greens as you will find anywhere
The greens are quite magnificent- the keen golfer can get endless enjoyment working out the different ways to play to the various pin placements.
This sort of golf- which is a throwback to the games beginnings on the links courses- is all about the running ball
It is pure links golf

- hole 2, a world class short par 4. The green is tucked hard against the out of bounds fence, and protected by some impressive fairway bunkering. Different pin positions can challenge the thinking golfer on lines of play- it is great fun to play and a pretty hole

- hole 3 is dogleg par 4 where you can bite off the corner and if successful leave yourself a much shorter approach to an elevated green sitting on the shelf on a large dune. Stay wide and safe off the tee and the approach is much more challenging. And the green complex is nicely shaped allowing the thinking golfer to use the surrounds to better access various pin positions..

- hole 5, a longish par 3 which can play much longer if the wind is up. Initially I thought it was a nice hole but each time I play it now I find myself looking forward to seeing where the pin position is and then working out how to play it on the day. It's a large green with some interesting mounds and swales, and one sucker pot bunker up front. The combo of swales arund the green, pot bunker, and mounding means that one day it can play as a bounce in shot from the right and then next a carry up the left side. It's become a real favourite

- hole 8, a medium length downhill par 4 with an amazing green complex. A decent drive will leave you with an approach through a gap in the dunes to a boomerang shaped green that wraps around a bunker left. The contours of the green and surrounds entice golfers to use them to get at the pin without directly flying the bunker. I could watch people play this hole forever!

- hole 11, is a long challenging par 3 from the ridge of ine dunes to another. Tom Doak says it was inspired by the difficult par 3 at Portrush called Calamity Corner. Mr Doak gives players a choice- if you are long and strong enough you can try to carry the 200 odd metres to the green over all sorts of trouble, or you can be a bit more circumspect and play shorter and left. Both the approach and the green have a disctinct left to right fall- so an accurate shot left can run onto the green

- hole 12 is a medium length downhill par 4 with a unique green. The long narrow putting surface has dunes either side for it's entire length, and the canny golfer can use these slopes to his advantage. But the best approach by far is from directly down the right hand side of the fairway- and area which just so happens to be protected from the tee by an imposing bunker at driving length. So, choose your medicine- take on the bunker and set up and eay short iron to the green - or play safe off the tee and play the angles on approach... 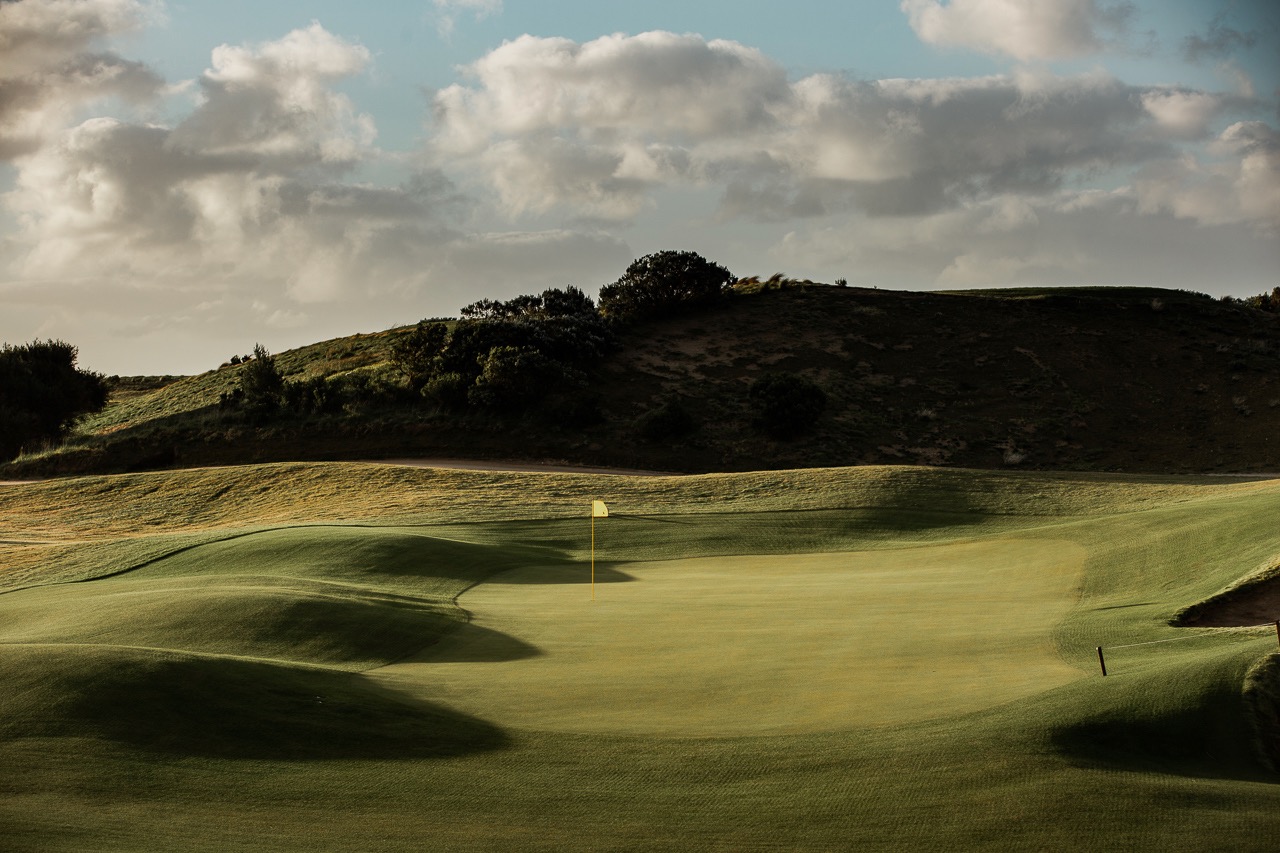 - hole 16 is the picture postcard hole. It's a longish par 3 with a skyline green and on a sunny day it looks gorgeous. A par here is a bonus

- hole 17, a short driveable par 4 with ocean backdrop. The green is small and firm. The approach will inevitably be short, but will challenge all but the very best. Are you better laying up off the tee and hitting a full shot in, or driving long and trusting your short game? Perhaps a bump'n'run might be the play?

The Gunnamatta Course has been very well accepted by the membership of the National GC. It is playable by all yet still defends par stoutly. After playing the course nearly 20 times, I am still learning to play it in the different wind conditions and to different flag positions- and as I do so my appreciation for the architecture grows.

I won't be the last person to underestimate just how good this course is.

Tom Doak and his team have built a course that is playable for all level of golfer (tick), challenging but fun (tick), where it is hard to lose a ball off the tee (tick), quick to play (tick), and encourages golfers to think their way around the links (tick).

We rate it a"Travelling Golfer must play!"

The Travelling Golfer can tailor a golf trip to Australia to suit your group.