Poppy Hills Golf Course was designed by Robert Trent Jones Jnr., and opened for play in 1986.

The course is tucked deep in the Del Monte forest on 17 mile drive near Pebble Beach.

Although the land had been originally set aside for a golf course by Pebble beach founder Samuel Morse, it was not until the land was sold to the Northern California Golf Association in 1977 that a golf course took shape.

The N.C.G.A. identified the need for quality venue for amateur tournaments to complement Spyglass Hill (which was hosting a number of events).

Poppy Hills became the N.C.G.A. headquarters, and has since co-hosted the PGA Tour's AT & T Pebble Beach Pro Am, the Spalding Pebble Beach Invitational, and the NCAA Men's Championships.

The course was extensively renovated by Trent Jones Jnr in 2013, reopening in 2014.

Poppy Hills is routed through thick forest and rolling terrain.

Although the site is heavily treed I thoughht the fairways were generously wide, and beautifully framed by the lush vegetation.

The greens are large, offering a variety of pin positions. 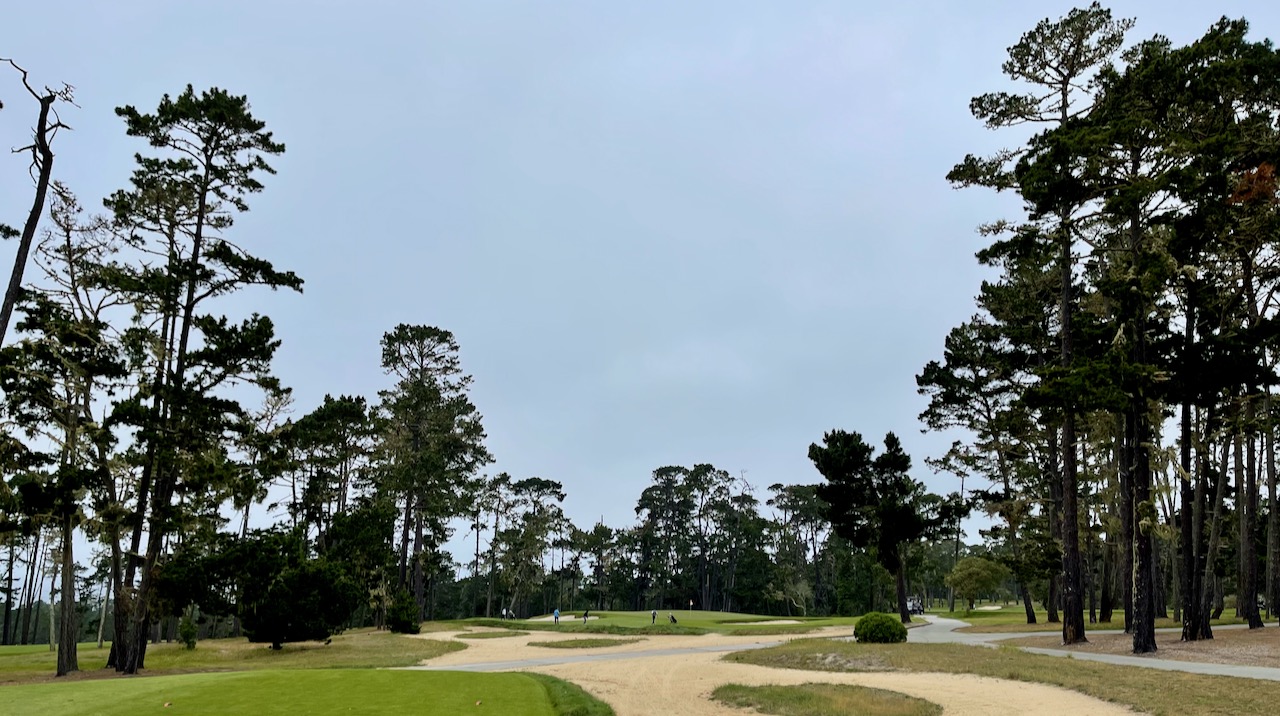 Robert Trent Jones Jnr. is not afraid of offering big greens with signicant movement- it is a trademark of his!

RTJ Jnr has designed hundred's of courses around the world.

I have experienced a good many of them, and am a big fan.

The Old Course at The National Golf Club in Australia is a Trent Jones course, and one of my favourites anywhere!

Another of his trademarks is the dramatic bunkering thoughout the course, both defending the greens and defining the playing corridors.

- hole 2, a spectacular long par 3 over a river gorge 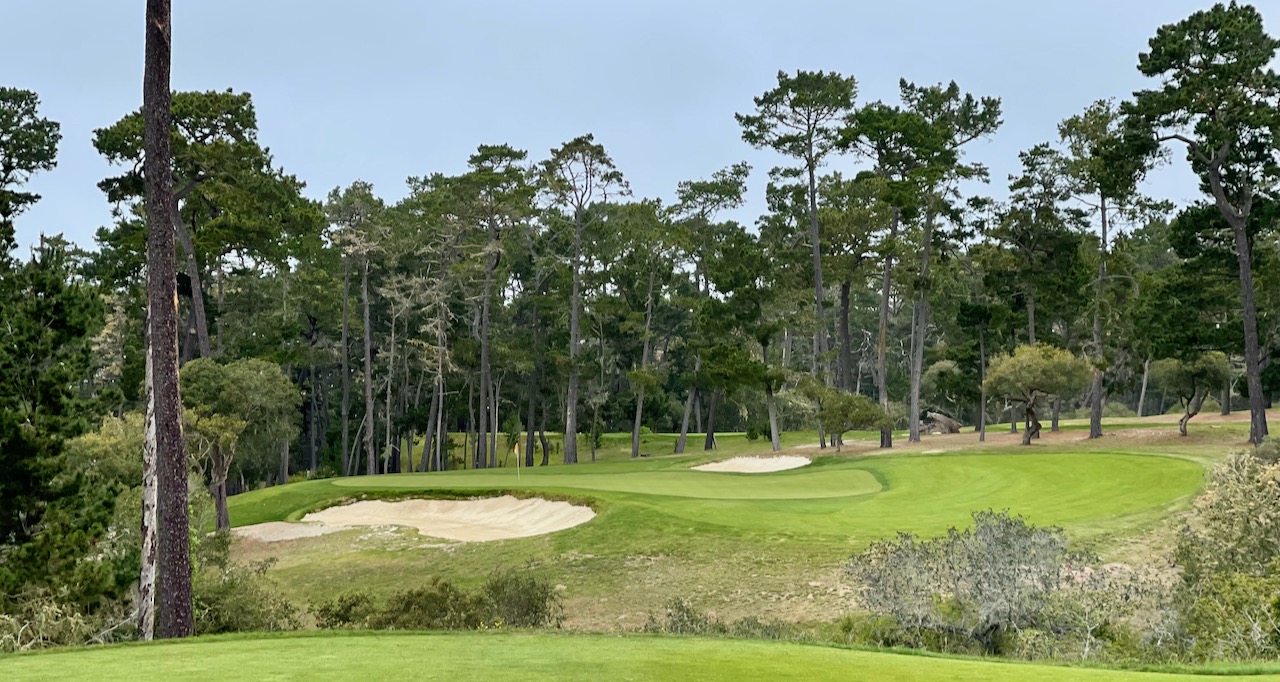 - hole 9, a twisting downhill par 5 with largely unseen water to negotiate at the base of the hill and approach to the green

- hole 10, a lovely par 5 with a glorious downhill approach past water and sand

- hole 11, a testing shortish par 3, with sand threatening on all sides (see pic top of page).

- hole 18, a treacherous short par 5 where a player needs to plot his path to the flag.The extremely wide green offers a variety of pin placements, and when placed on the right end of the green brings a pine tree and bunkers right into play..

Poppy Hills is a worthy addition to any Monterey Peninsula golfing itinerary.

It is a nicely manicured championship course that is both interesting, challenging and playable for travelling golfers off the appropriate tees.