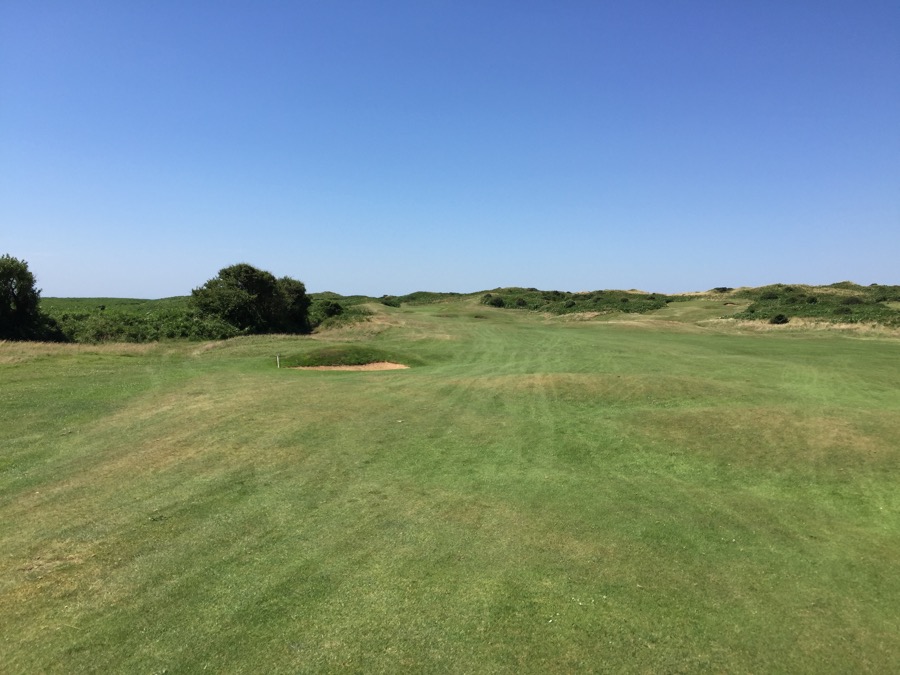 The club was formed in 1919, and by 1925 18 holes were in play, although entirely different from the course of today. Not long after Harry Colt  became involved and his design can be seen in the current course, other than holes 11-15 which were addded by MacKenzie Ross in 1947.

Unusually for a links course P & K is laid out in two loops of nine holes.

Even more unusual is the fact that the club has 23 holes. Five additional holes were added in 1983, largely designed by members. These holes are used to rest holes 11-15 in the winter months, and for use by the junior academy.

Whilst Harry Colt is known as one of the great golf architects of any era, the holes he designed- primarily the front nine- run through more parkland like terrain. Favourite holes include:

- hole 1- an uphill par 4 with a lovely green setting 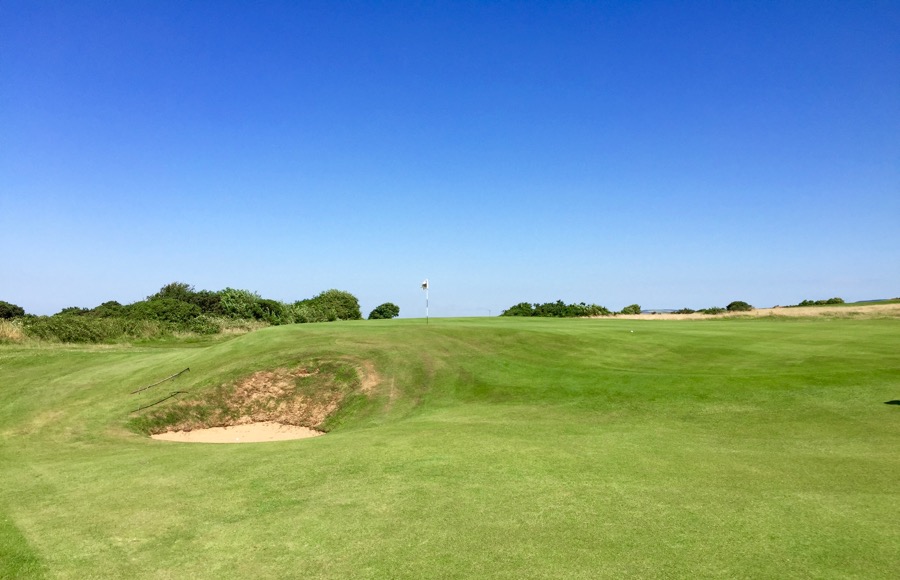 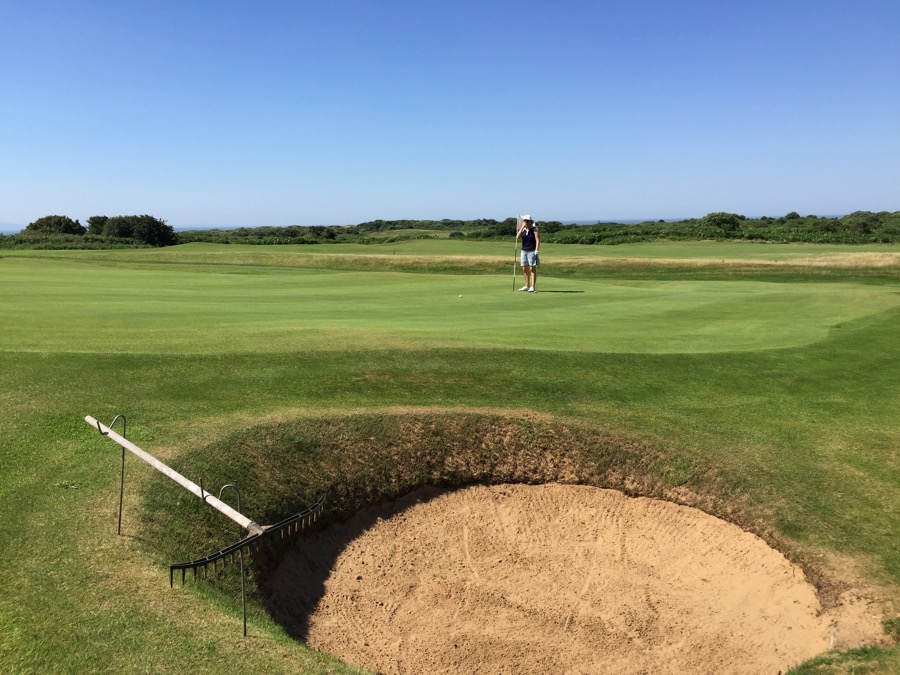 However the reason you would visit P & K would be to play holes 11-15 which play through some real linksland.

Hole 11 is a par 5 which brings you up into the dunes with the approach to the green which is nicely bunkered both short and at the front of the green. It is a wee bit intimidating!

Hole 12 is a long par 3 which is partially blind off the tee. The green sits in a dell surrounded by bracken, and again has 2 bunkers greenside, and 2 more just short of the green. Playing downwind, with a front pin, and mostly unseen from the men's tee, it was a challenge! 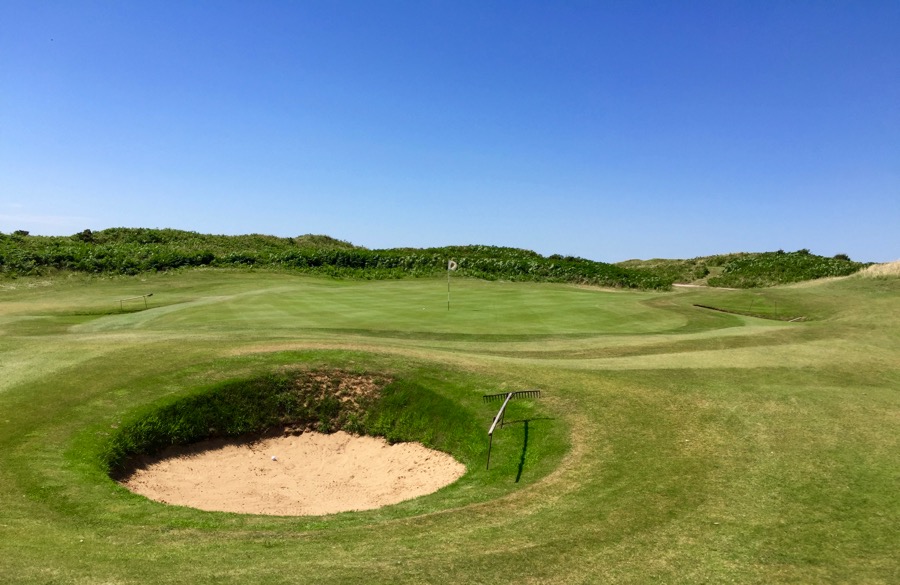 Hole 13 is a tease! It is a short dogleg par 4 with a blind tee shot, and a green partially obscured by a large dune. As the fairway doglegs sharply to the right and the hole is not long it is very easy to hit through the fairway or get the line altogether wrong. Playing it for the first time, with no concept of what lay ahead, and a howling wind, the blind tee shot was a lottery. However I can imagine that knowing the hole one would be able to negotiate it somewhat more competently on a regular basis...It is probably only a fairway wood off the tee, and a short iron. 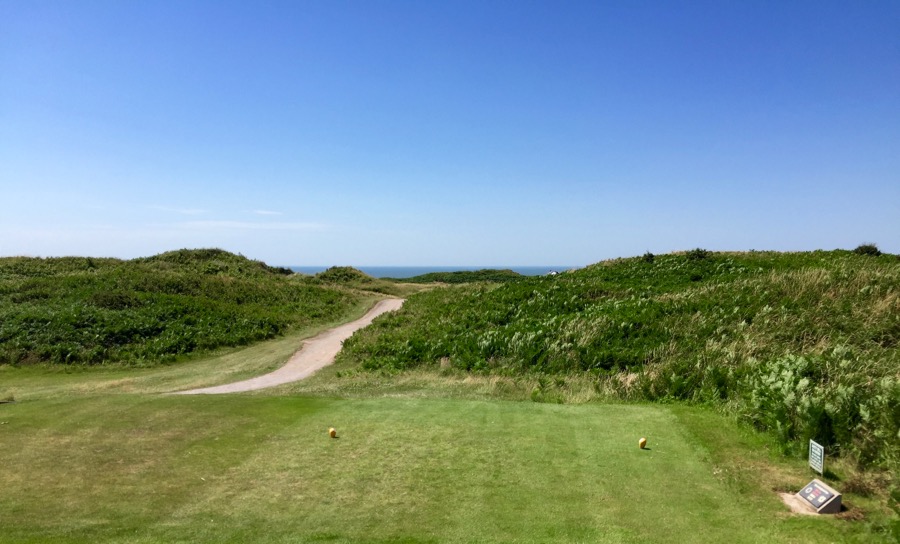 Hole 14 is again a dogleg par 4 and this time some of the fairway is in sight. With a strong cross wind the challenge was to know where the fairway ended and the rough began, and then to hit the short stuff.

Hole 15 is a long downhill par 3 with another green set in a dell. The green cannot be seen from the mens tee, but from the ladies tee it is quite a pretty hole. 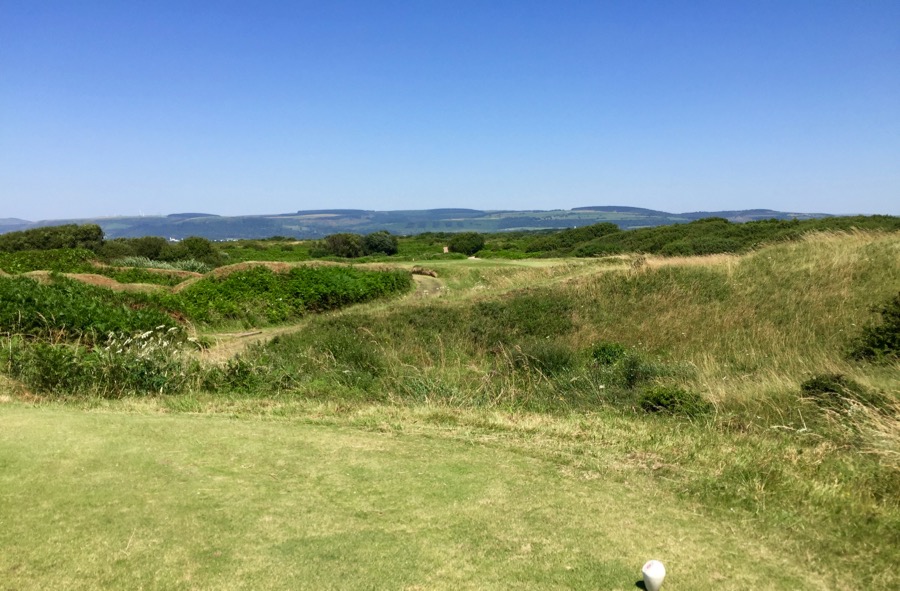 If I had the opportunity to play P & K again I would head straight to the back nine and play these holes over. The key is to know where you are going and to hit an accurate tee shot. Otherwise it is no fun at all! But hit the fairway and life is all beer and skittles!

Other Golf Courses in the Area

Other golf courses in the area worth considering are: