The Prince in Waiting

Castle Stuart is located on the south coast of the Moray Firth between Inverness and Nairn.

The duneland was first identified as golfing land generations ago, but it took developer Mark Parsinen (who developed Kingsbarns), and designer Gil Hanse (who is creating the Olympic course in Rio), to bring the project to reality in 2009.

This is a lovely golfing site, and I think the design and the development have been extremely well handled.

Clearly Mark Parsinen has had a large say in the way the course presents, and Gil Hanse has produced a remarkably professional, and at times very clever design which places him in the very upper ranks of modern age golf architects. 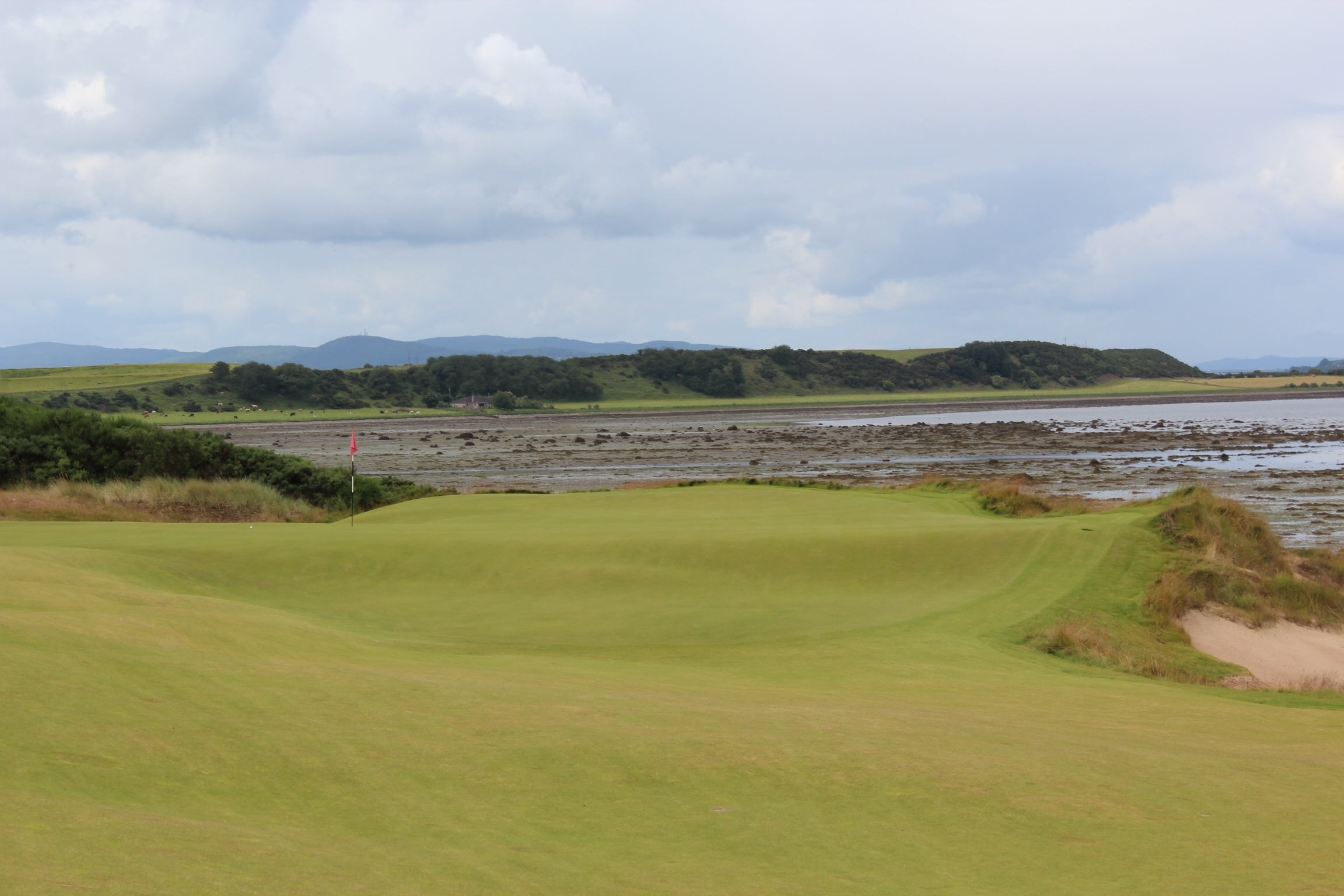 The course starts both nines with 3 spectacular holes right along the shore of the Moray Firth before heading inland and to higher levels for the remaining holes.

Normally an architect would bring the course to a dramatic conclusion at the waters edge, not start there so I was keen to see how the routing developed... 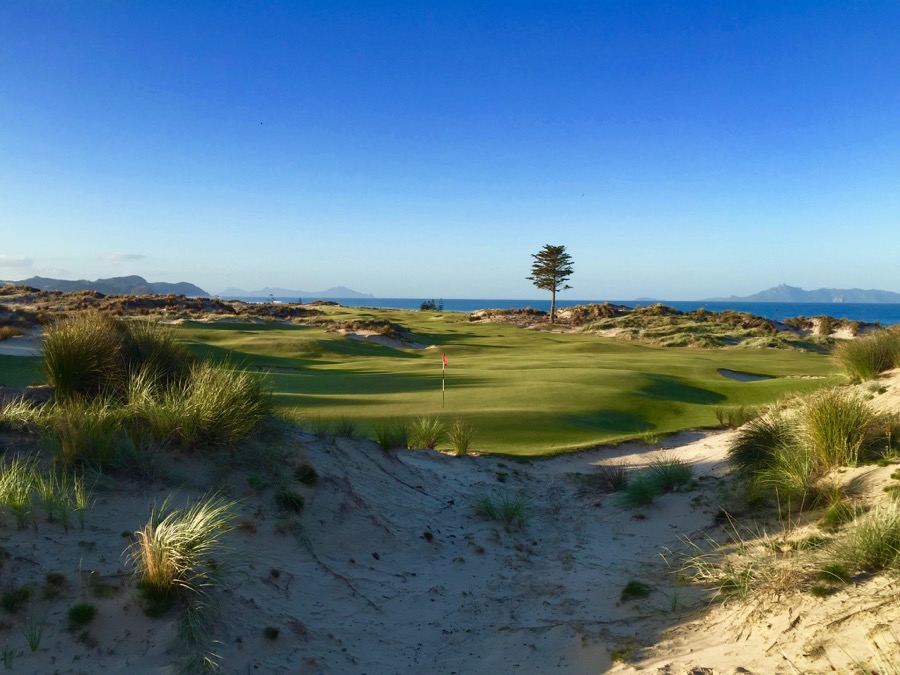 The whole course has that lovely modern links feel, with wide fairways framed with gorse, broom, Heather and sea marram.

And the rough includes patches of wispy fescue and tracts of bare sand, so the errant ball can oft be found.

The greens had significant movement, and we had some very interesting putts, but nothing anyone considered overdone. 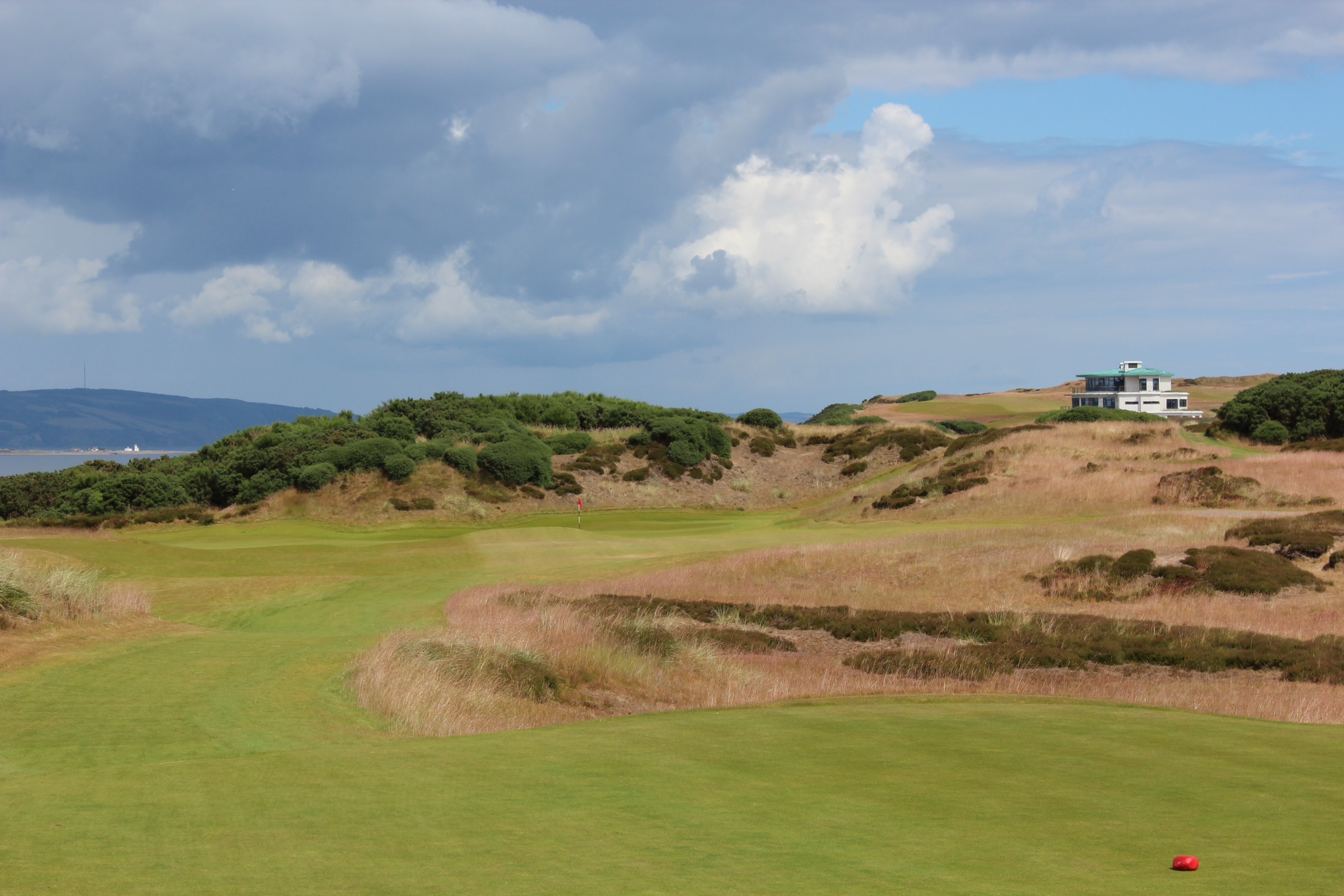 Mark Parsinen states that Castle Stuart was built with the concept of 'error and recovery' in mind.

His theory is that even the professionals continually make errors, and that recovery is perhaps the most interesting part of the game. To this end in catering for Joe Public he has opted to offer a course where the errant shot is often found, and that the recovery shots give hope, but are rarely straightforward!

The course has a number of different teeing grounds on each hole, but even so the longer hitter needs to balance the long but sometimes offline drive with an accurate approach or recovery.

If anything it is the approach shot that is more crucial.

So the course caters for all type of player, surely the sign of good design?

The other thing I particularly liked about Castle Stuart was that I could read the hole from the tee, intuitively identifying the options before me and what the designer was asking from me.

The holes used the lie of the land, and had little in the way of hidden dangers...

And each hole was a separate chapter in the same book, not sighted until you had completed the previous hole, a different delight to discover on turning the corner, yet all true to the theme.

Perhaps the standard dropped ever so slightly for the inland holes 14 through 17, but I am not convinced it wasn't just the fact that I was getting weary after so many days on the road.

Certainly the course is visually striking, one of the most picturesque I know.

The one major drawback is the long uphill walk from 12 green to 13 tee. 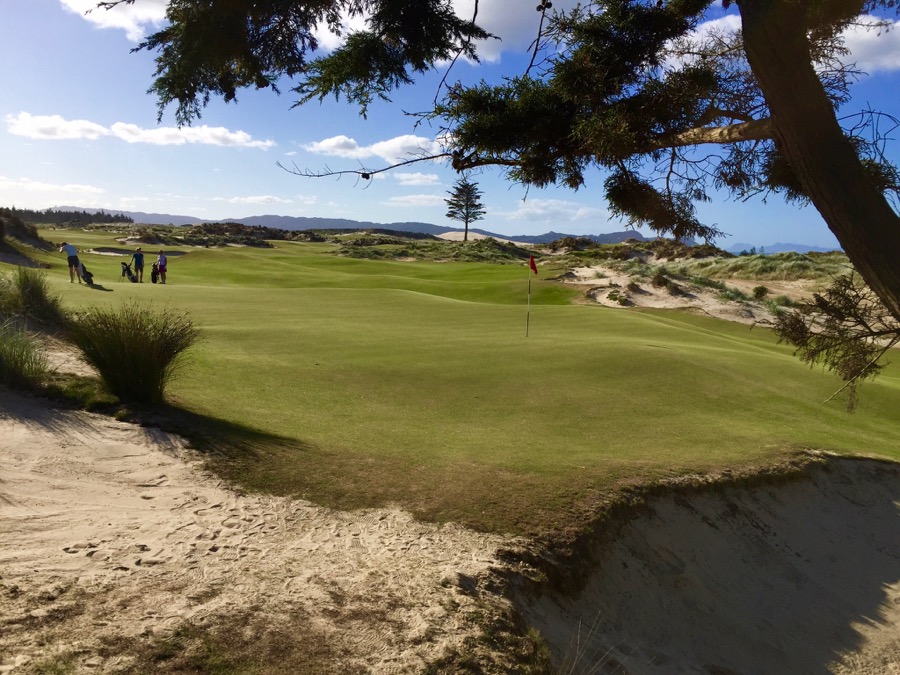 All six of the water holes are gorgeous, and a joy to play.

Of these the short 4 third hole with its wild promontory green, and the short par 3 eleventh with green set against the beach were favourites.

The par 3 fourth hole with Castle Stuart as a backdrop is very pretty, and I thought the par 5 sixth hole which plays back into the corner of the property a level above the third and fourth holes was very clever with skyline green and bunkering appearing to project out into the Moray Firth.

In the back nine the par 5 eighteenth was beautifully bunkered and fitted into the landscape perfectly- just a lovely finishing hole. 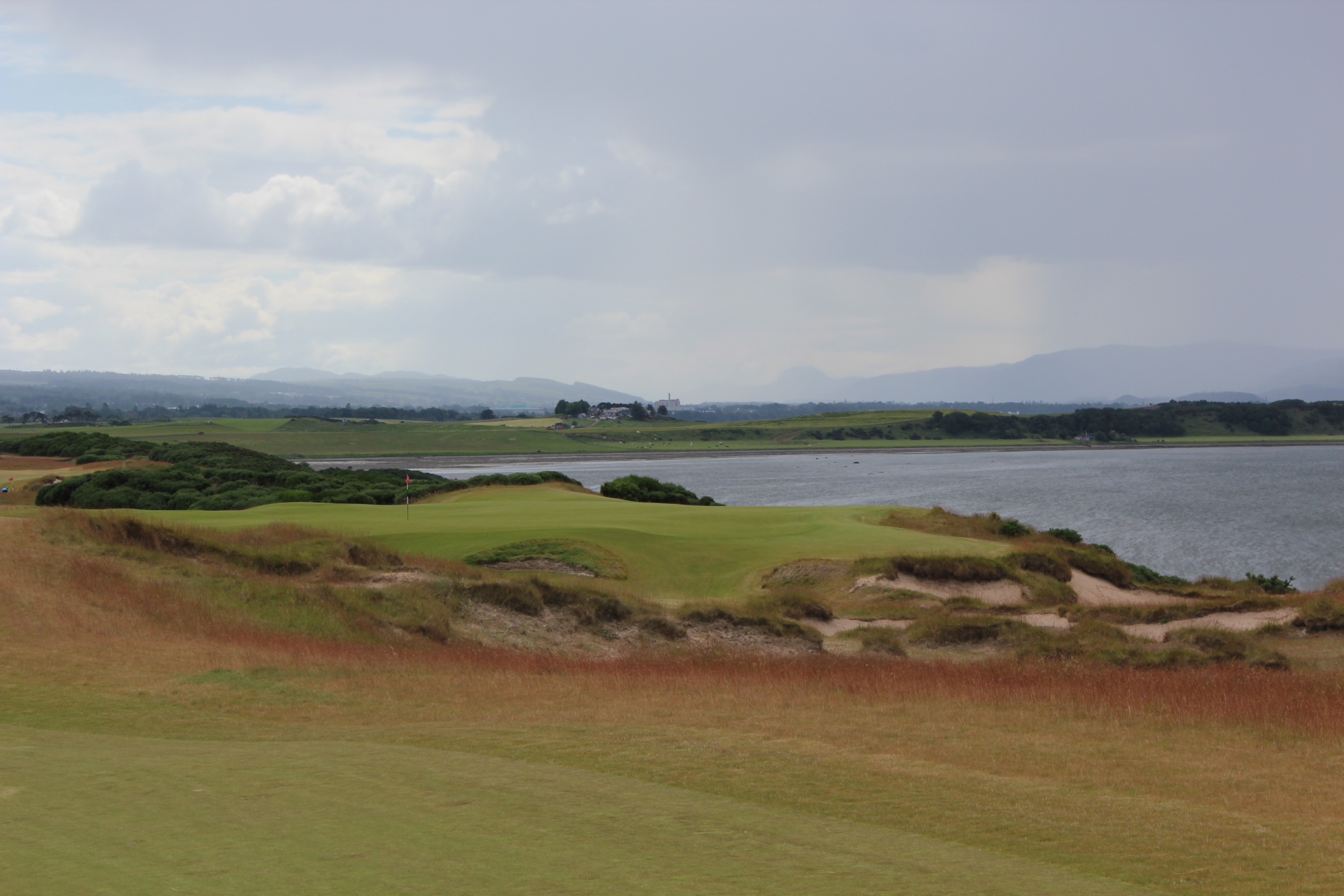 And the Art Deco clubhouse is a standout- unique, yet cosy and practical.

Make sure you allow some time to relax there after the round.

All in all Castle Stuart ticks all the boxes for me, and becomes a personal favourite.

And it is a nice contrast to Royal Dornoch up the road.

Castle Stuart is a must play