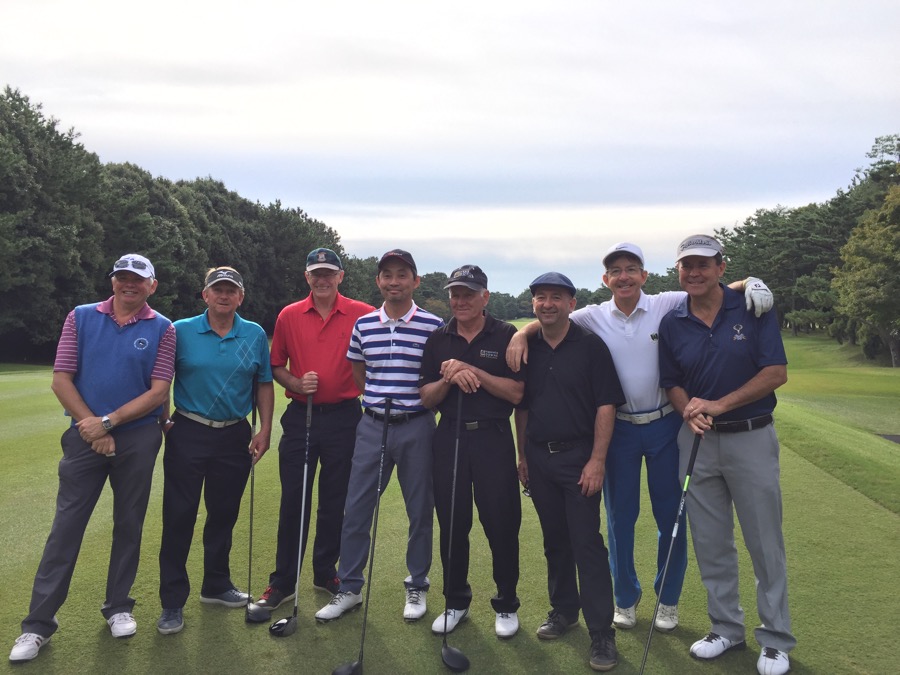 Each year  the golfing group known as The Players Club heads off for a week at a world class golfing destination. In October 2016 we travelled to Japan to play the top 5 courses in that country. While we prefer to stay somewhere where we are in easy reach of the various courses each day, and don't have to change beds- in Japan we made an exception in an effort to experience the very best Japan had to offer...

Normally The Players Club itineraries concentrate on the golf at the expense of sightseeing, so as to minimise our time away from our partners. However I was able to fly in a day early and join Ian & Kerry for a whirlwind trip to Kyoto. I am glad I did. We travelled from Tokyo to Kyoto on the Shinkansen ( bullet train ), and that was an adventure in itself. They have been around a while now, but the speed, efficiency and timeliness of the train system was really impressive.

In Kyoto we visited gardens at The Imperial Palace, but it was The Golden Pavilion that really captured our imagination. It was just beautiful.

We also visited the old city at Kyoto, and enjoyed wandering the lanes window shopping, watching the geisha girls, and soaking up the culture. I definitely have to take Heather back to Kyoto! 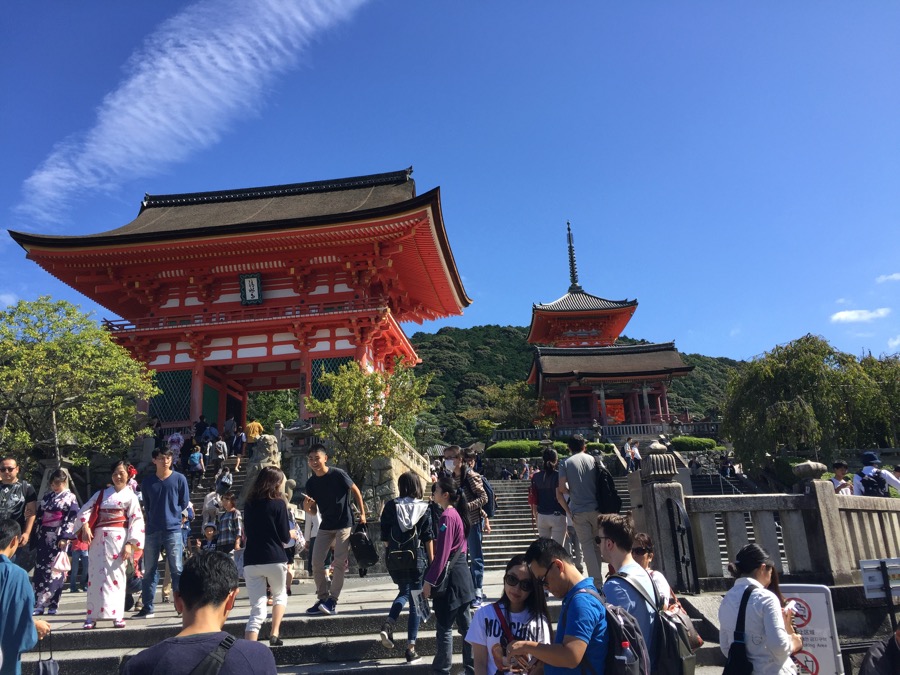 After another quick trip back to Tokyo in the Shinkansen the group gathered at our hotel on Monday evening in preparation for the trip ahead. Unfortunately only 5 of us had arrived, as wild storms in Melbourne had delayed flights to the extent that 3 of our party missed their connection from Sydney to Tokyo..

Eventually we heard that they had secured flights overnight and fortunately they arrived early enough on Tuesday morning that they were able to catch a taxi to the hotel and meet us for breakfast.

Golf this day was Yokohama Country Club- a very private club on the outskirts of Tokyo. Perhaps the least known of the courses we were to play, Yokohama was a late inclusion in our itinerary to replace Kasumigasecki GC which had closed for renovations in preparation for hosting the 2020 Olympics.

Originally designed by Takeo Aiyama, Yokohama was renovated last year by Coore Crenshaw, and as a result has shot up the rankings. The course was immaculately presented, and with the signature bunkering of Coore Crenshaw with pronounced lips, and some lovely green structures Yokohama CC impressed everyone. 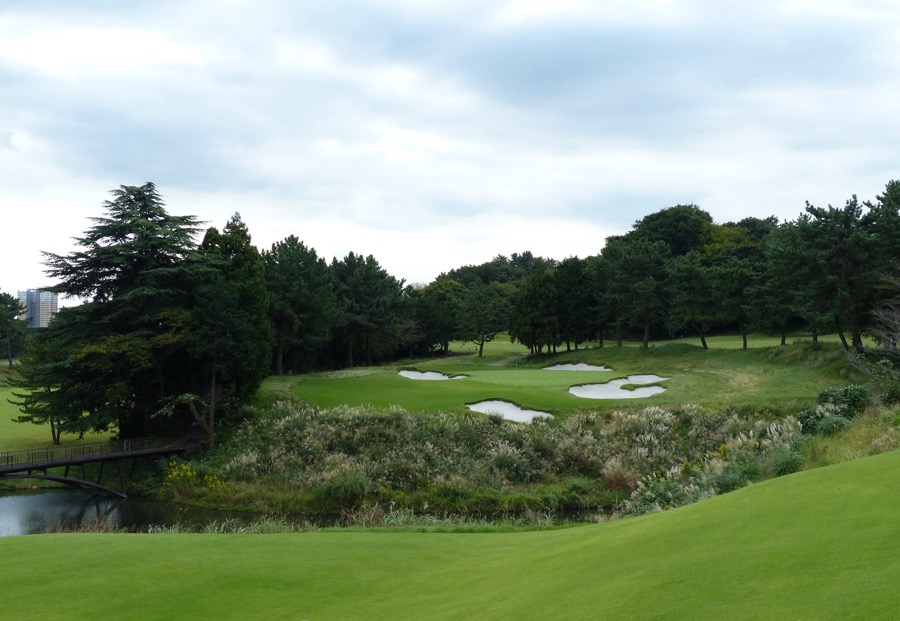 And the welcome we received made us feel like royalty. The service levels were out of this world!

John & Kerry came out firing in the first 4 ball event taking the honours- not bad given John flew in overnight!

After golf we got our first experience with a real Japanese Onsen. The whole process of parading around in your birthday suit, having a shower and then hopping in the hot tub was something new for most of us, but we soon came to appreciate the benefits of the hot bath, and the cleansing shower- before donning our jackets and heading to the lounge and dining room for a drink totally relaxed.

On our return to the hotel 6 of us ventured in search of a real Japanese dining experience. And we found one!

Yakitorimiyagawa restaurant was the real deal. We ordered a 10 course serving of chicken- each serve was a different part of the chook, and as it turned out all 10 serves were parts we would not contemplate eating. It was a unique experience, but one I would not repeat! 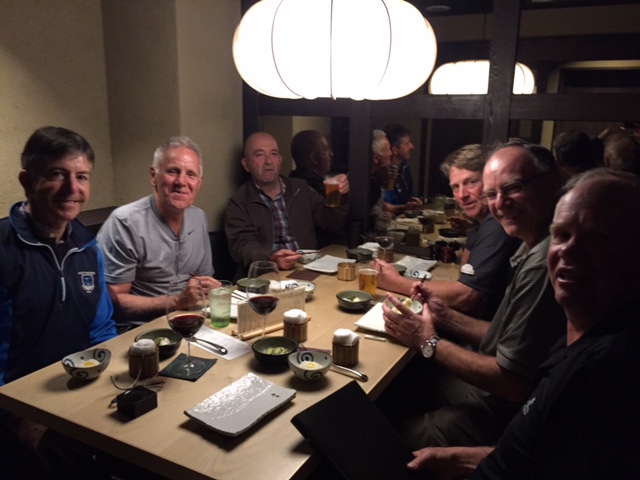 On Wednesday morning it was a very early start as we checked out of the hotel and boarded the team limousines at 6.30am headed for Tokyo Golf Club. Tokyo is one of the most prestigious clubs in Japan and a perennial world top 100, and a Japan top 5 course. We received a warm welcome at the club and were fortunate to have 2 members play with us- Mr Toshiya Yasukawa and Mr Shigeyuki Morioka. The course was very classy- manicured and refined. Tokyo Golf Club has 2 greens on each hole- a throwback to days of old when they were winter and summer greens with different grasses. It certainly offered a unique golfing experience for us. Andrew Kalitsis and myself won the chocolates this day as I hung desperately on to Andrew's coat tails all day. The lad was striping it! 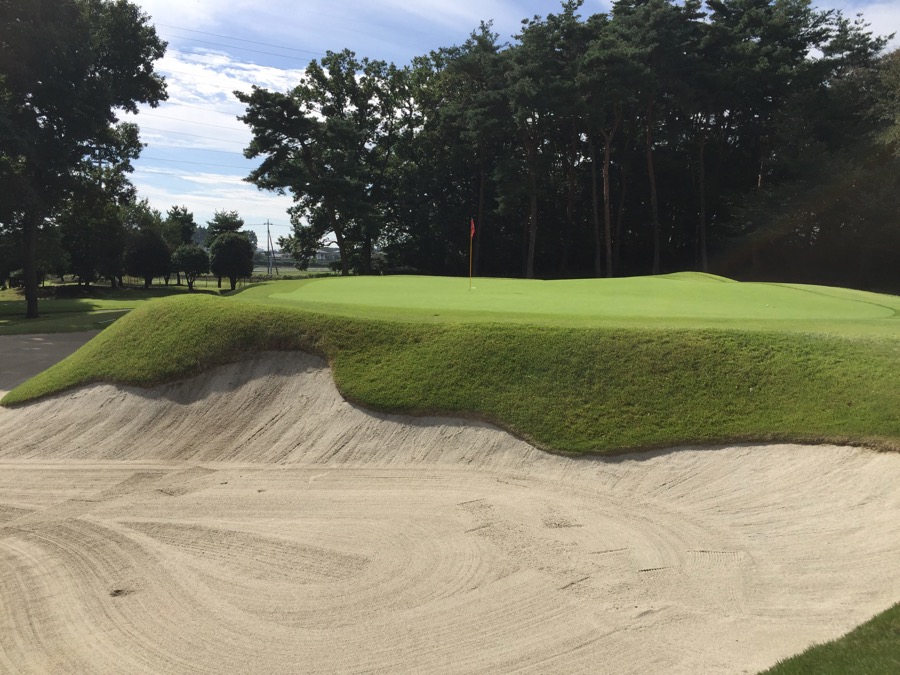 After golf the obligatory shower, onsen, and lunch was a nice way to finish off a memorable day at Tokyo Golf Club.

Then it was back into the limousines for a snooze while we headed south along the coast road to Kawana Resort.

Thursday morning we were moving like a finely tuned machine- all up, checked out of the hotel, had breakfast, stored our bags , and on the tee at the fabulous Kawana Resort- Fuji Course just after 8am. The Fuji course is generally regarded as the 2nd best course in Japan, and a world top 100 course. Located right on the coast the course has plenty of drama with big elevation changes throughout, and spectacular views. We all had a great day, but Geoff Steer has a blinder!

The Fuji course is not at all easy, and playing for the first time in gusty winds it was easy to mess up. But Geoff turned 1 under through the front nine and was only 1 over with a few holes to go when the wheels got a little wobbly...It was certainly the round of the tournament and in the team event he cleaned up (with the help of partner Kerry Williams who contributed to the team score on one hole only).

But there was no time to sit around. After the shower and onsen we boarded a bus to Atami where we caught the Shinkansen to Kobe. In the weeks heading up to the trip one of the more difficult decisions ended up being the movement from Kawana to Kobe. It was thought that 8 of us with baggage and golf clubs might struggle to fit into the Shinkansen, and that possibly the hire of vans might be more appropriate. But the vans were much slower, and more expensive, and who wants to be on the road in a van for 6 hours after a day of golf? So I had made the decision to go against some of the local advice and use the Shinkansen. We had booked the back row of two carriages knowing that there was some storage space behind the back rows. If there was an Olympic event for synchronised boarding we would have won gold! The Shinkansen does not stop for long, and then you have to wait for passengers to get off. But when the coast was clear the team swung into action as one, loading each golf bag and suitcase swiftly and efficiently. I must say I really enjoyed that trip to Kobe!

At Kobe we had to find our hotel, expecting a short walk- but we walked out of the station and crossed the street and we were there. We had a quiet night after a couple of frenetic days, and had a little sleep in on Friday morning- pick up wasn't until 8am!

Actually it turned out that we were picked up at 8.30am, and we had been downgraded to vans rather than limousines as we headed off to play Hirono Golf Club. For as long as I can remember Hirono has been regarded as the best course in Japan, and in the world top 40. So we were excited! 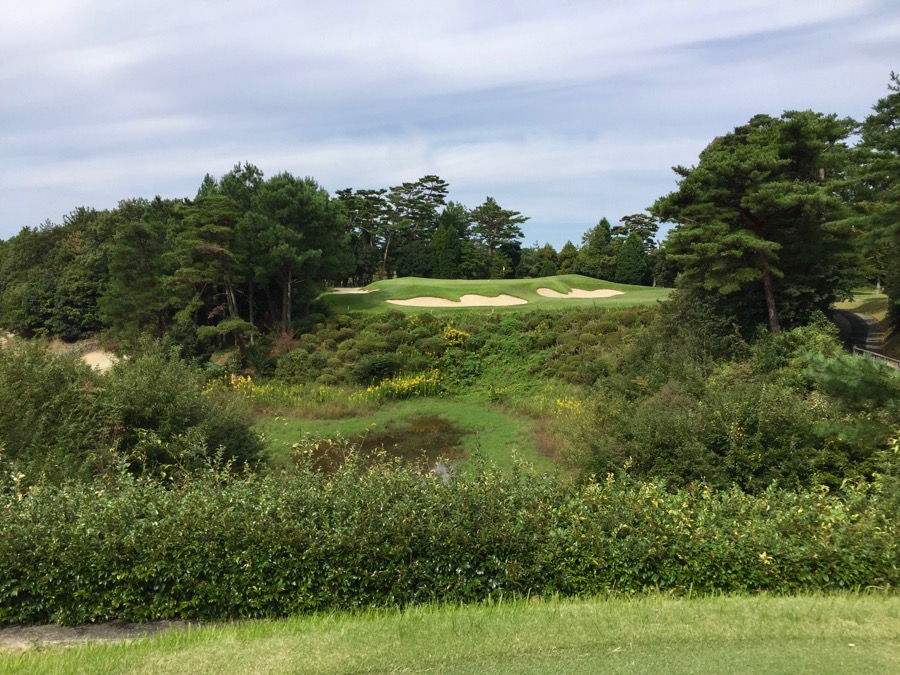 Our host for the day was member Kotaro Nakamoto, and again we were spoiled. The course lived up to our lofty expectations with most declaring the back nine as truly world class. On this day John and Hank took the money, but everyone was a winner... 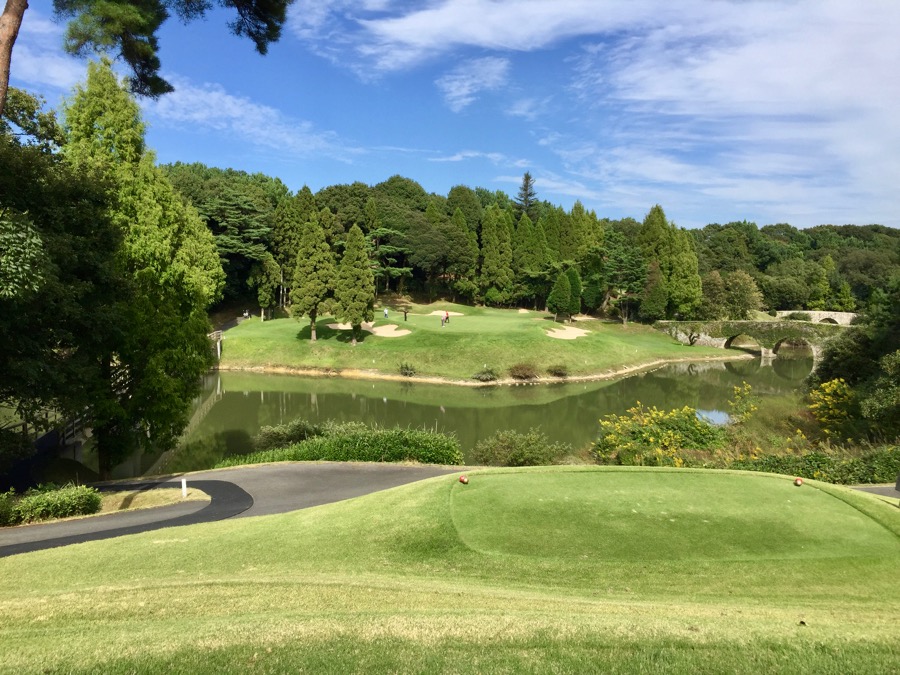 Back in Kobe that night we made it our mission to find a quality Teppanyaki Kobe beef restaraunt and with Boeing in the pilot's seat we did just that! The meat was absolutely superb and as the courses streamed out the quality of the servings improved. Personally I ended up eating and drinking at least twice what I would normally consume, and loved it!

On Saturday morning we checked out of our hotel and transferred into the hills near Osaka to play Naruo Golf Club. Naruo is generally regarded as one of the top 5 courses in Japan, and a world top 100 course. It is a private club- so again we were fortunate to gain access. My friend Yuji Nakamura was there to greet us, and again we were made to feel very welcome.

The golf course was a delight moving through the hills and around and across a gorge- all beautifully routed to give great variety and interest to the course. But the rough was prominent and any shot that missed the short grass was penalised. Approach shots or chips were hard to control from the rough...

Geoff and Andrew shared the honours for the day's individual stableford event.

The Players Club 2016 Championship was a tie between John and Andrew, so we decided to get another trophy. Well done lads! 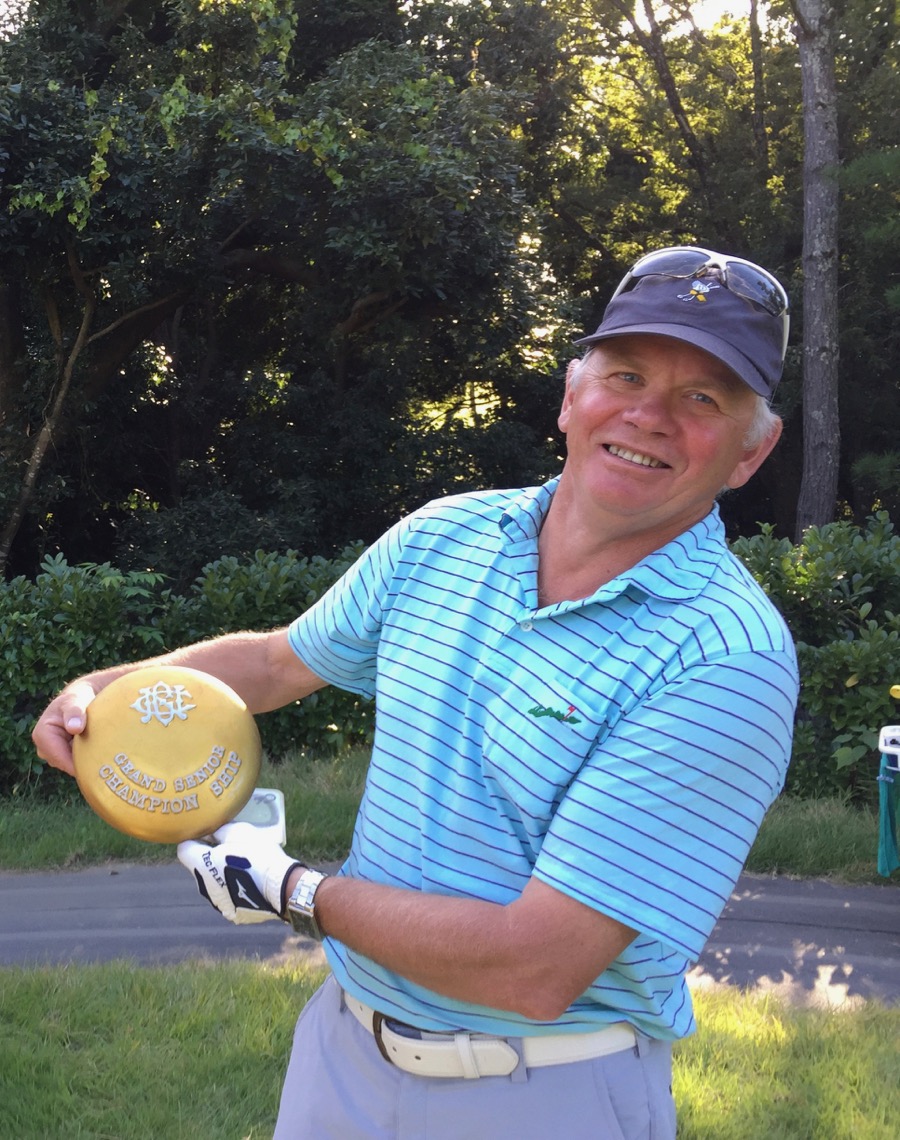 By now we were getting pretty comfortable with the whole shower/onsen/drinks or meal routine, but at Naruo things got a little edgier when we found that the attendants in the onsen were female...

So that was the Players Club 2016 trip to Japan. We headed to our hotel at Osaka airport and before flying home on Sunday we boarded the on and off bus and saw a little bit of Osaka , and stopped off at Osaka castle. 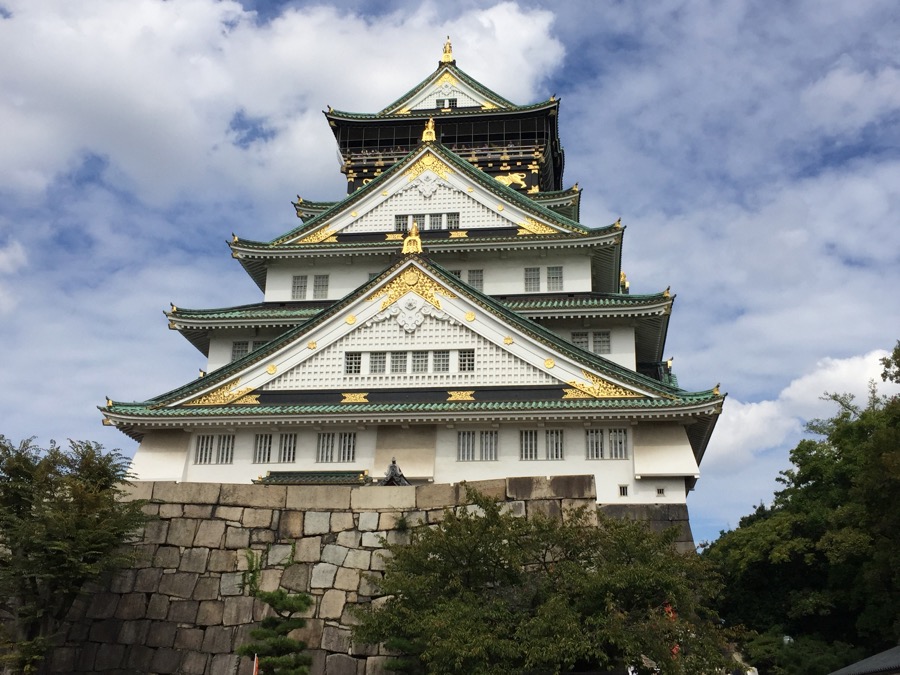 In voting for a 2017 trip the early favourites were:

The Travelling Golfer can tailor golf trips to Japan to suit your group. For suggestions see Great Golf Destinations: Japan