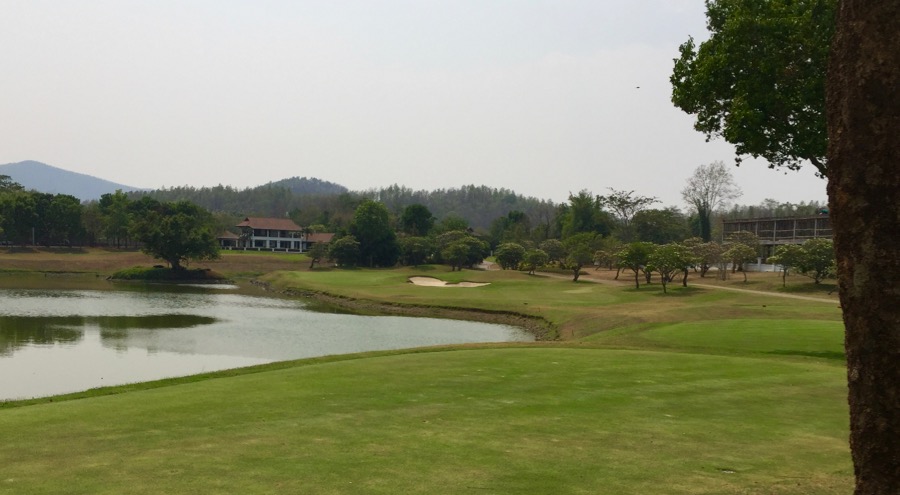 Chiang Mai Highlands Golf Club opened its original 18 holes in 2005. The course is located a very pleasant 30 minutes drive from the centre of Chiang Mai on land that was the hermitage of Kuba Sivichai- the monk who founded the famed Doi Suthep temple. The rolling landscape is perfect for golf, and Schmidt Curley design have done the site justice with a course that is both interesting and testing. Schmidt Curley are an American golf architecture firm who have had significant success with their designs in Asia. Their portfolio includes the complexes at Mission Hills Shenzhen & Haikou, Stoneforest International, Amata Spring, and Siam CC.

Chiang Mai Highlands has won many awards and is regarded as one of the better courses in both Thailand and Asia.

In late 2015 a further 9 holes was added to the layout at Chiang Mai Highlands- again designed by Schmidt Curley.

All 27 holes feature paspalum fairways, and TIF eagle greens, and the course is generally well  maintained 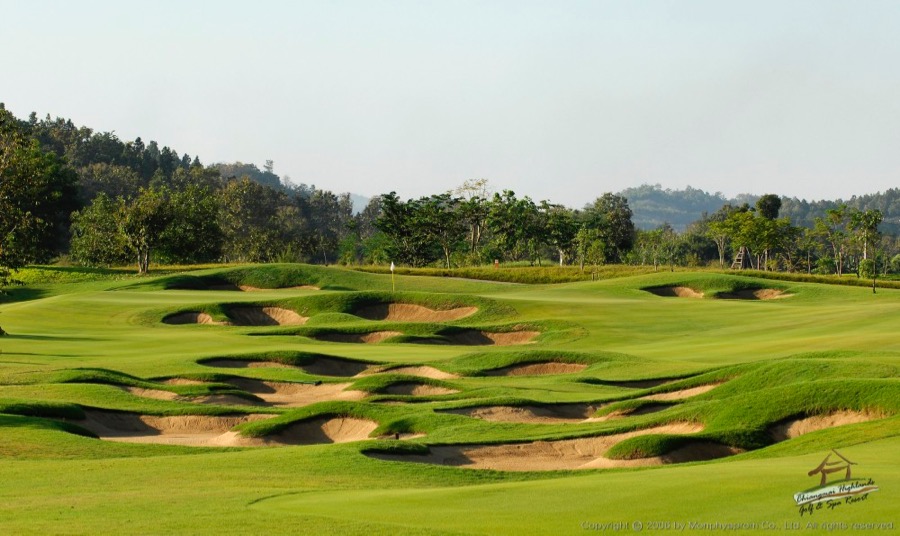 We played in the height of summer, and the greens were firm and fast, requiring precise approaches. The green complexes were reasonably large with plenty of movement, and good variety of pin placements. For the inexperienced the grain in the greens was a significant factor in reading putts. Additionally the light rough surrounding greens and fringes proved a challenge…

Each hole is framed by bunkers in the fairway and around the greens. Overall the course incorporates more than 130 bunkers. On the original 18 hole layout the distinctive bunkering features high ‘lips’, but the latter nine holes are a little less prominent. 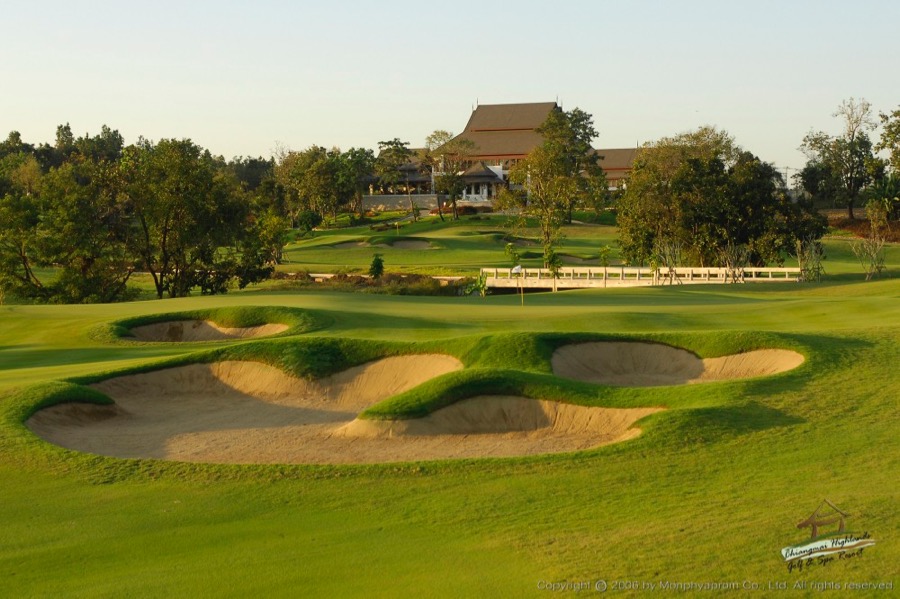 Water also abounds, often used in conjunction with bunkering at either side of a landing point in what I would consider classic penal design. Clearly Schmidt Curley were quite often asking for a straight shot rather than giving players options on how they played particular holes.

Nevertheless Chaing Mai Highlands is a quality layout, in a beautiful setting, and well maintained.

It is a joy to play! 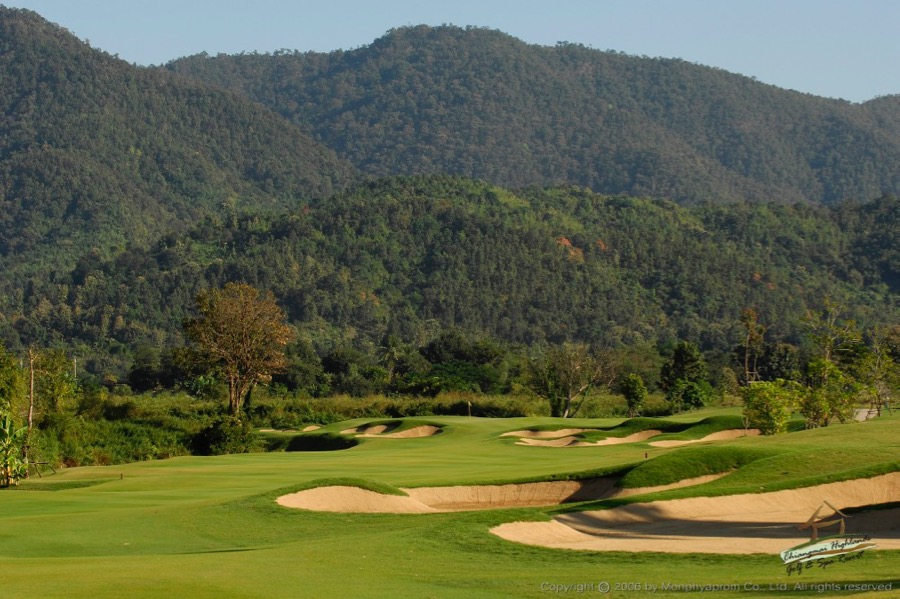 I preferred the original holes to the new ‘nine’ which I think needs a few years for the turf, and surrounding vegetation to mature. And I preferred the more prominent lips on the older bunkers.

Chiang Mai Highlands is a preferred course in Travelling Golfer tours to Chiang Mai & Chiang Rai. We offer hosted tours for groups of ladies, gents and couples- and tailor trips for small groups who wish to travel without a host 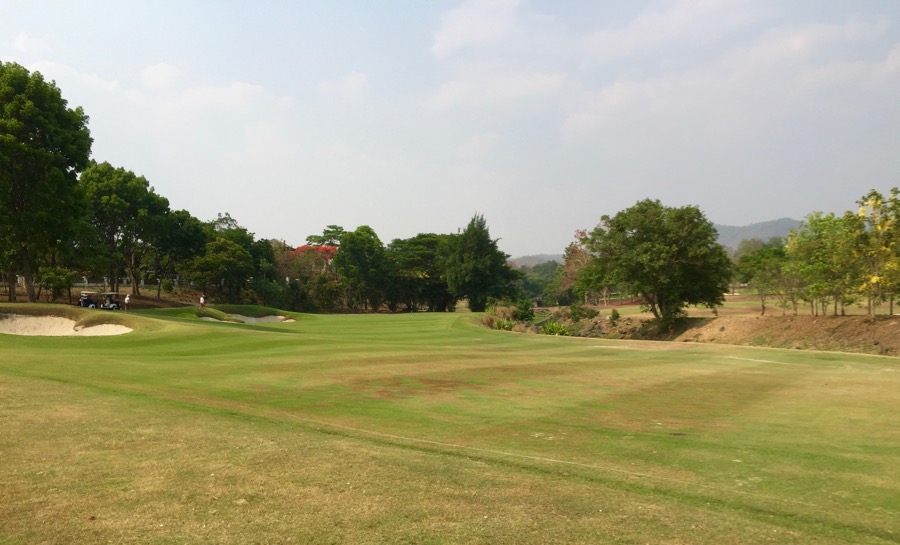