The Sorrento Golf Club was formed on March 30 in 1907 and was originally known as ‘The Sorrento and Portsea Golf Club’.

In 1909, the Club decided to drop the ‘Portsea’ part and adopted the name ‘Sorrento Golf Club’. (In 2021 Sorrento and Portsea Golf Clubs are considering a merger!)

Although the first competitions were held in 1909, the official opening was not until January 1912

In 1925 the club appointed J.D.A. Scott as the club professional and he subsequently went on to design the new 18 holes which were completed in 1929.

In the early 1970’s Sorrento was one of the first Australian projects for the fledgling firm of Harris, Thomson & Wolveridge

This comprehensive overhaul set the course up well for many years..

More recently the Club engaged Crafter and Mogford Golf Strategies in 2012 to develop a ‘Bunker Master Plan’, and this evolved into a Course Concept Master Plan by 2015 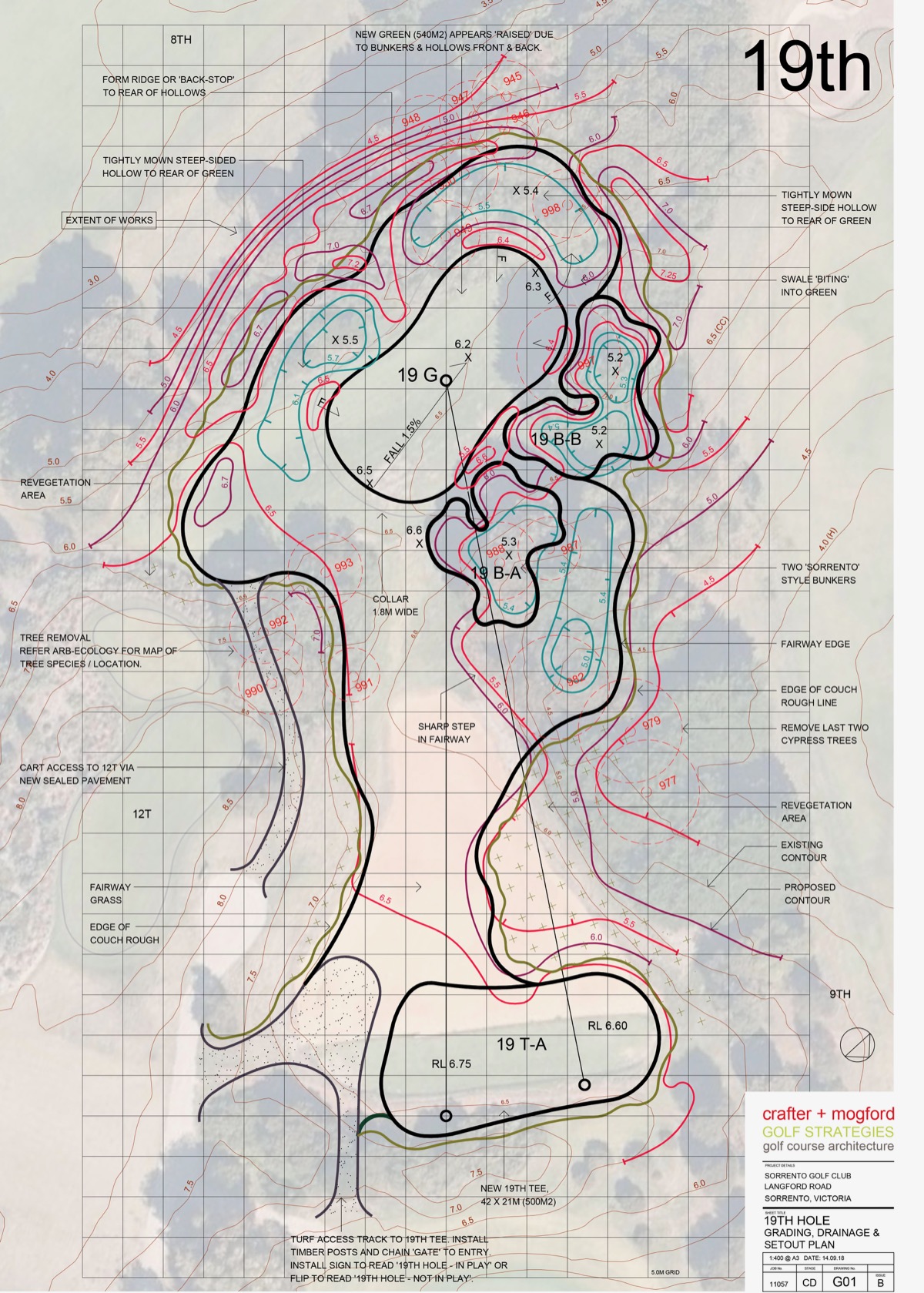 The Club is firm in its view that Sorrento is a Members course, and all improvements made are with the members in mind, rather than having any desire to create a ’championship’ style golf course.

As a general rule anything short is punished retreating back toward the tee.

It is quite a simple thing to putt right off the green in some cases!

But then late in the front nine the course bares it’s teeth with consecutive long par 4’sat holes 8 & 9 that sort the shorter hitters out properly..

Only better players, or long hitters on a streak will find these greens in regulation

Sorrento is not a long course, but with constant and significant elevation change throughout it certainly plays longer than it’s yardage

Players with length and carry have a distinct advantage.

- the pretty par 3 fifteenth hole is surrounded by trees. You have to be up! 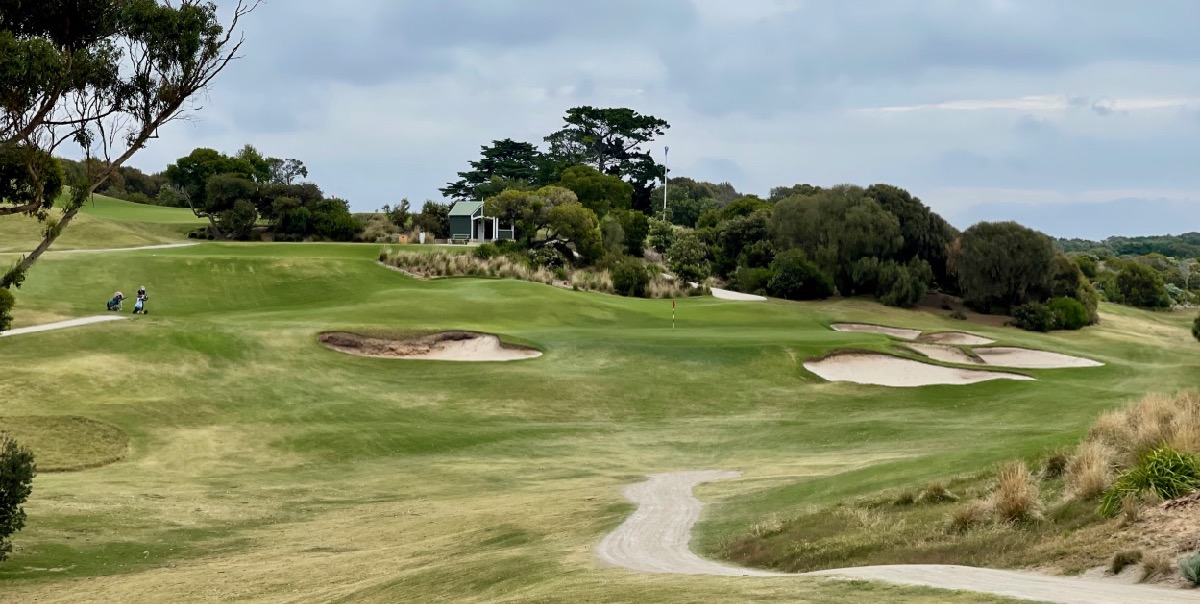 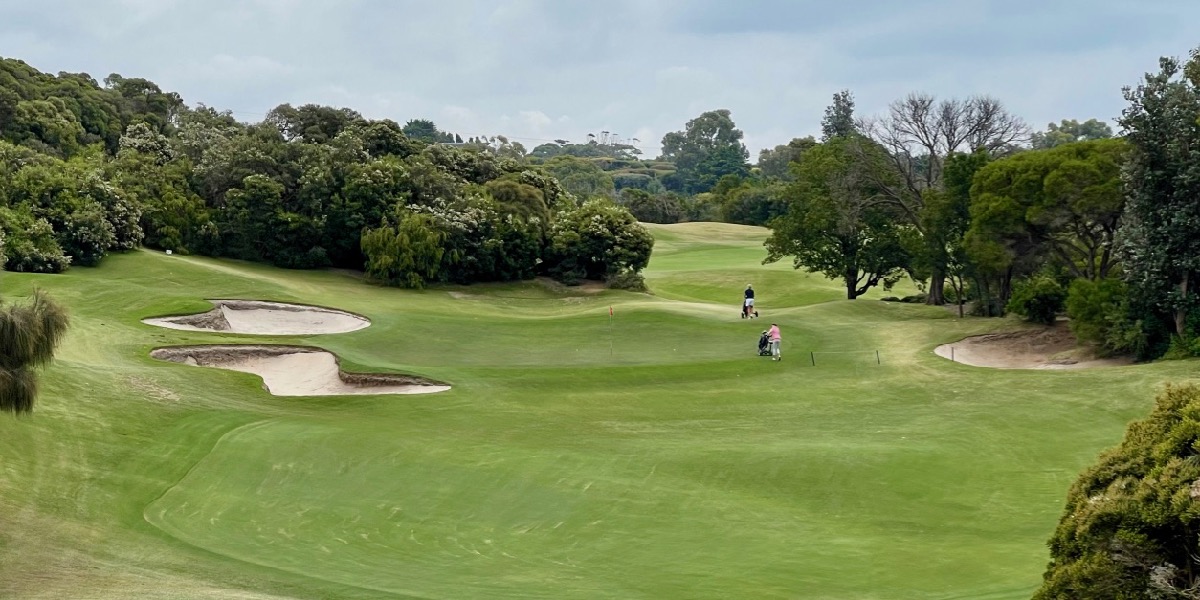 Sorrento does not aspire to be a championship course, but rather a quality members course.

It is a beautful spot for a golf course and the rolling links links terrain is perfect for golf.

The clubhouse and facilities rival that of the best private clubs in the land, and the course is immaculately presented.

No wonder the membership is full with a five year wait list!