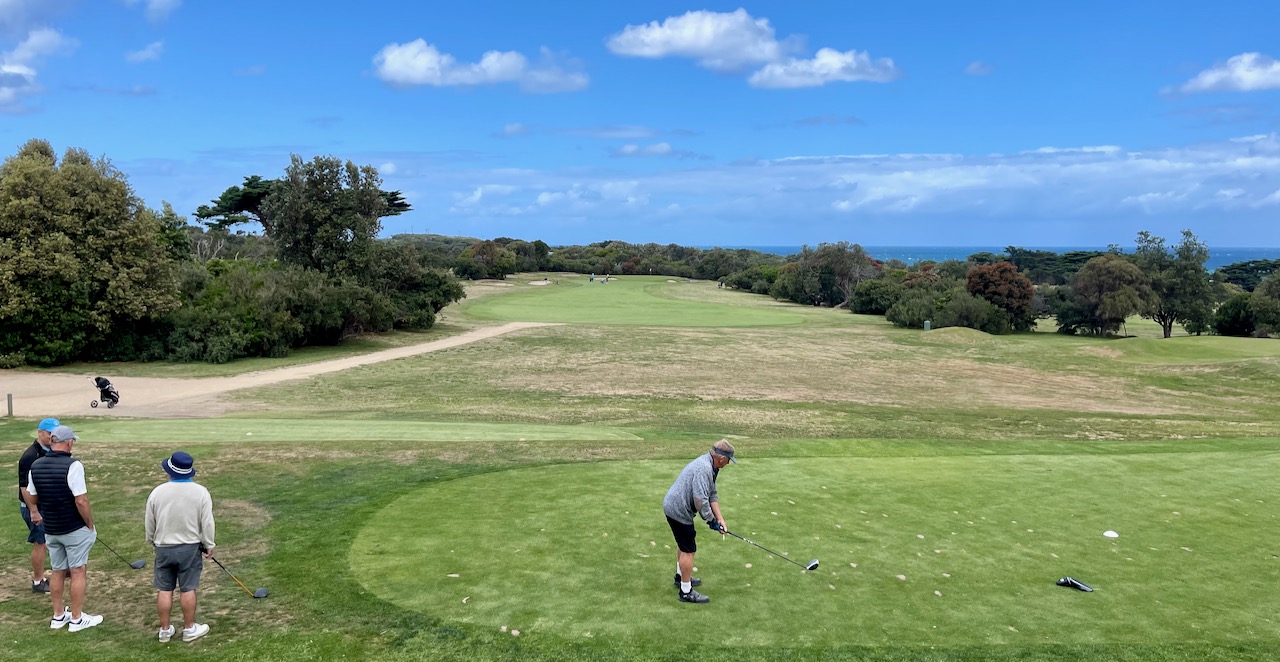 The Flinders Golf Club dates from 1902, when David Maxwell recognised the potential of the coastal land and oversaw the development of the golf club.

Originally the course was very much a links style course along the cliffs overlooking Westernport Bay and Bass Strait.

Over the year the ti tree and gum trees came to frame the inland holes giving the course a parkland/ linksland character.

Over the years the club acquied more land and expanded their footprint, including part of the olf racecourse whcih was last used in 1926 ( and now features on the 13th hole).

Perhaps the most important changes were those made by famed architect Dr Alister MacKenzie who visited Flinders in 1926 (MacKenzie was in Australia to design Royal Melbourne GC).

The good doctor recommended that the club eliminate two holes from the routing ( Sion Kop & Niagara).

These holes involved playing off the cliffs overlooking Westernport Bay to a green by the beach (Spion Kop), and then off the beach back up again (Niagara).

It was a tough walk up and down the cliffside and took way too long..

But most importantly MacKenzie changed The Coffin hole (now hole 4) from a par 3over one ravine, to a short par 4

- hole 4, known as 'The Coffin hole', is the standout hole. It's a short par where decisions need to be made on whether you carry one or two ravines..