Right from the start the local members banded together to build and improve their club with all intial development of the course and facilities handled by the locals.

It wasn't until late 1959 that course architect Al Howard was commissioned to design an 18 hole championship course with entrance roadway and clubhouse site.

But it took until 1975 for the new clubhouse, pro shop and roadway to be completed, and it was 1983 before the complete 18 holes was open for play.

Since then the members have continued to upgrade their course, continually working on the condition of the course, drainage, new tees and more..

The course is located in the heart of beautiful Byron Bay- one of the iconic beach towns on the NSW northern coast.

It's a nice piece of land for golf, with the two nines exploring different terrain.

You need to be accurate because the fairways are very tight in places- claustrophobically so, framed by paperbark trees.

Water hazards feature on most of the holes this nine.

While not quite as tight as the front, the back nine moves into hillier territory with gum trees now the predominant vegetation.

It's hard to find a level lie on this nine as the holes move up, down and across the slopes.

There are a number of doglegs, keeping the emphasis on accurate driving to open up vistas of the green for the approach.

Throughout the course green complexes are relatively simple- both the greens themselves and the associated bunkering are well maintained and nice to play.

- hole 1, a dogleg par 4 with water in play left on the approach

- hole 7, a strong par 4 with an elevated tee in the trees to a landing area with water right and a significantly elevated green

- hole 12, a pretty short par 3 with a well protected green

- hole 13, a long downhill par 5 with a huge convoluted green protected by water, bunkers and trees

- hole 18, a mid length dogleg par 4 with water protecting the inside of the dogleg and a final approach to a green sitting high on a hill 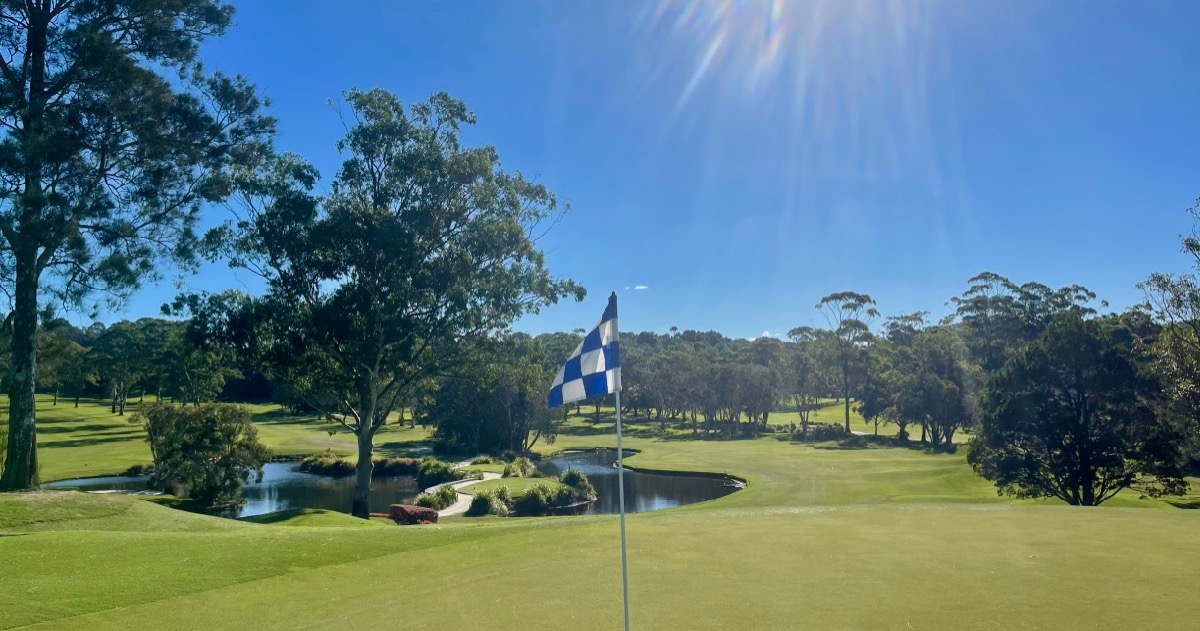 It's just a nice place to relax and play

But make sure you arrive with a driver that hits it straight!