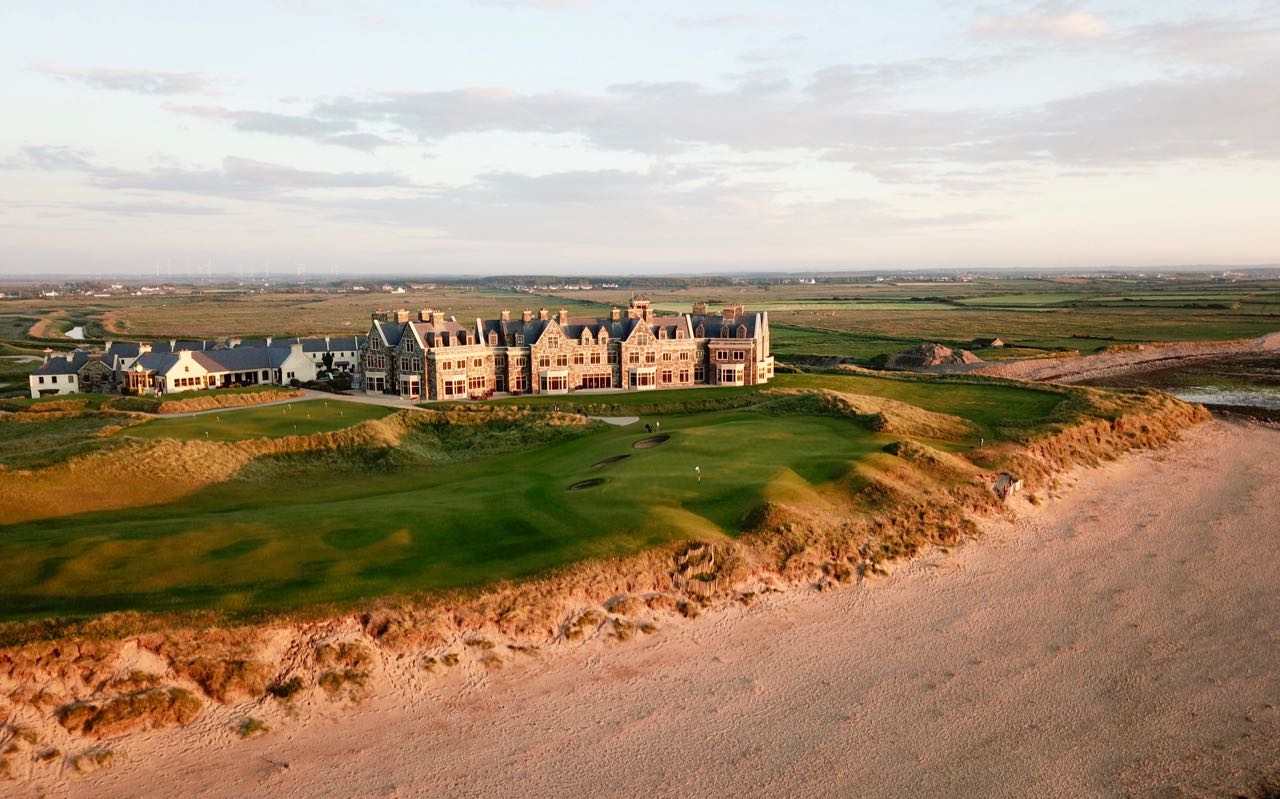 The original course at Doonbeg opened on July 9, 2002 and was designed by Greg Norman. It was lauded initially as the best new international golf course of the year, but increasingly garnered critiscism from the playing public for being too difficult for the regular golfer...

Apparently there was some 'falling out' between the American owners and Norman regarding the 'softening' of the course, and no substantial changes were made until ownership changed in 2014 when Donald Trump bought the property and appointed Martin Hawtree to remodel the course.

Norman was intent on using the natural terrain and designed a rugged natural links- remarkably good given the constraints forced on him- with a signiifcant portion of the oceanside dunes declared off limits to protect a tiny endangered snail..

The resulting course ventures outside the main dunescape a number of times, but the integrity of the layout remains intact. However the course can play long and hard, even when the winds are mild

Hawtree eliminated the main sore points with the Norman course- the bunker in the middle of the 12th green, and the spectacular but sometimes unplayable short par 3 fourteenth hole which was relocated. Hawtree produced a completely new hole (which I dont really think matches the rest of the course but is a nice hole nevertheless)

Importantly Hawtree made the course a little more playable

The result now is a world class championship course in a spectaular setting in sand dunes by the ocean.

It is extremely challenging, but not unfair

- hole 1: a classy par 5 with the green set in one of the biggest dune ampitheaters I have seen 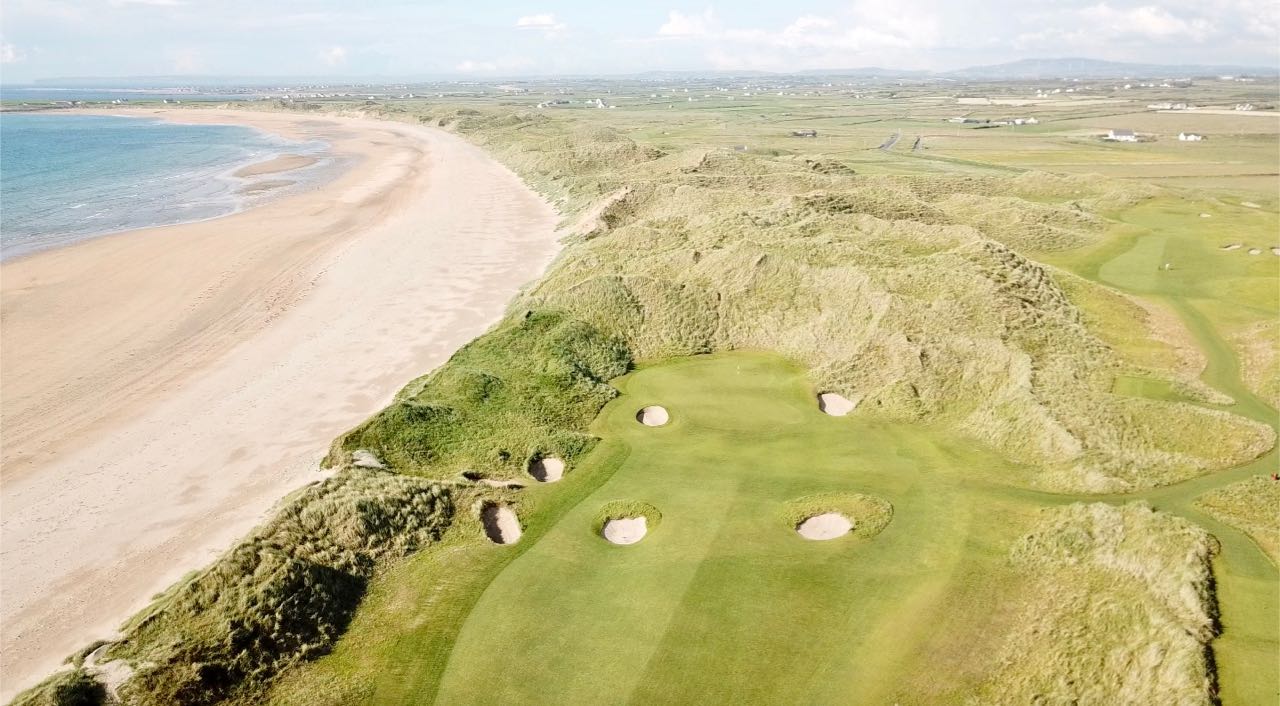 - hole 5: a short tight par 4 between dunes with a natural grass crater in front of the green, and sea background

- hole 6: a mid length par 4 along the coast with longish carry off the tee 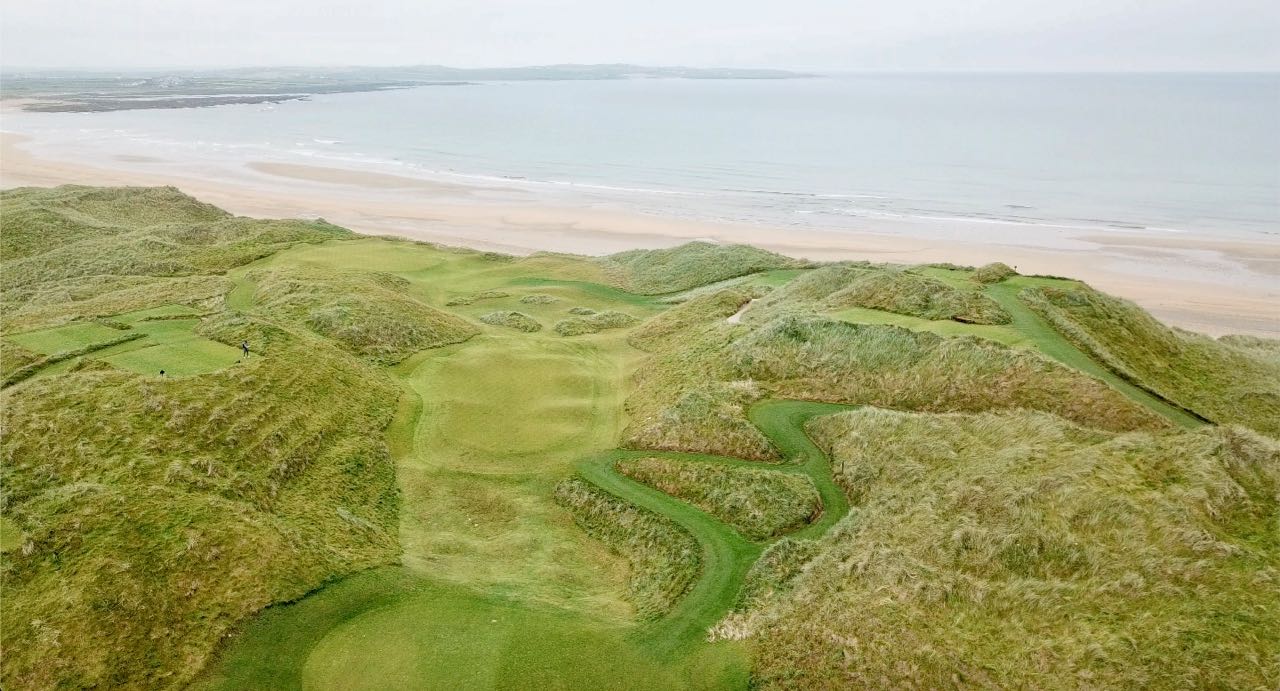 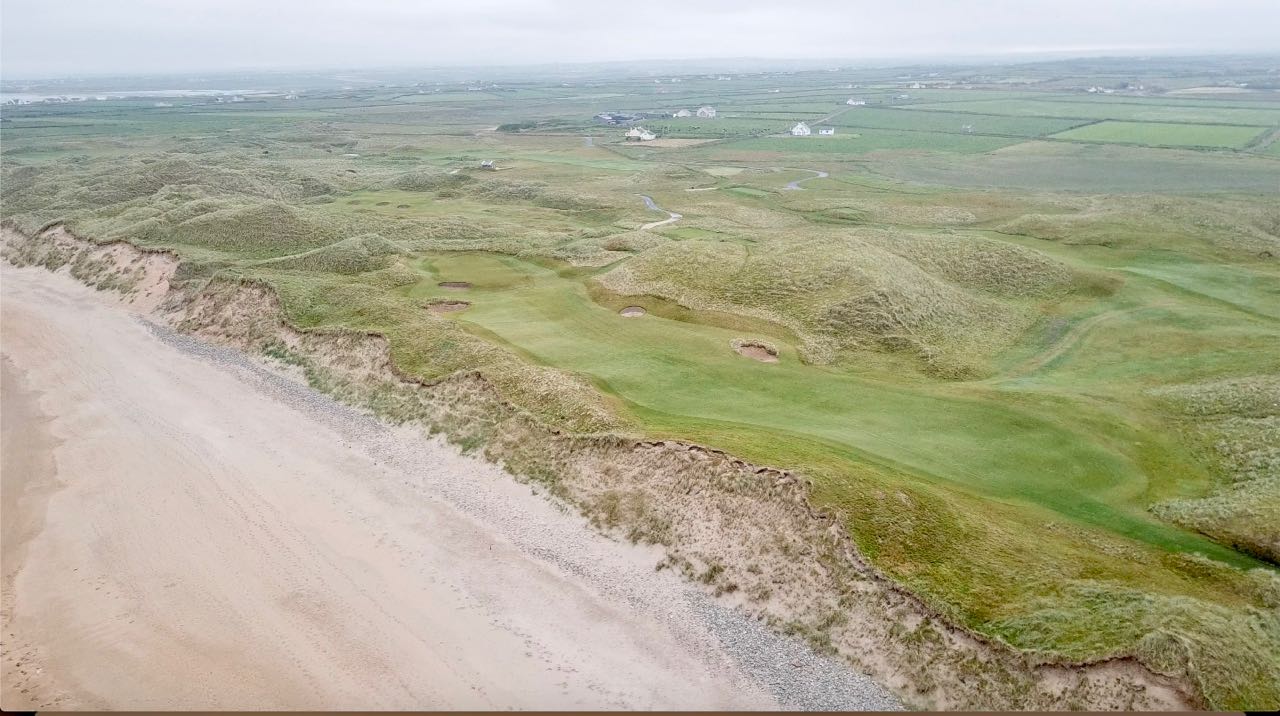 - hole 9: a long tight par 3 along the coast with trouble everywhere except short and straight

- hole 14: a dropshot short par 3 along the beach with clubhouse in the background 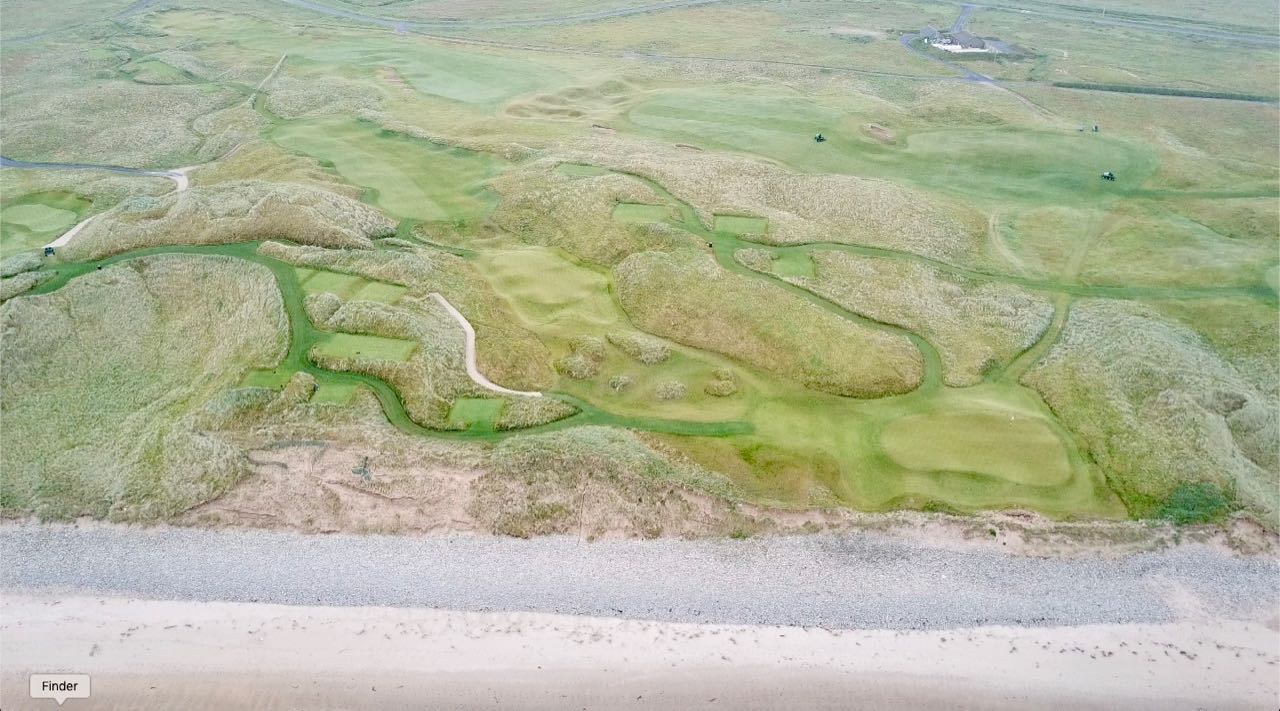 - hole 18: a longer par 4 along the coast to a green set on the bluffs in front of the amazing clubhouse

The accommodation, hospitality and service levels are first class

It is a memorable experience for the Travelling Golfer, and should be included in all itineraries playing the best of Irish links

The Travelling Golfer can tailor a golf trip to Ireland to suit your group.