Old Tom Morris designed the course in 1851 and stayed on for 13 years as 'keeper of the green', before ultimately returning to St Andrews 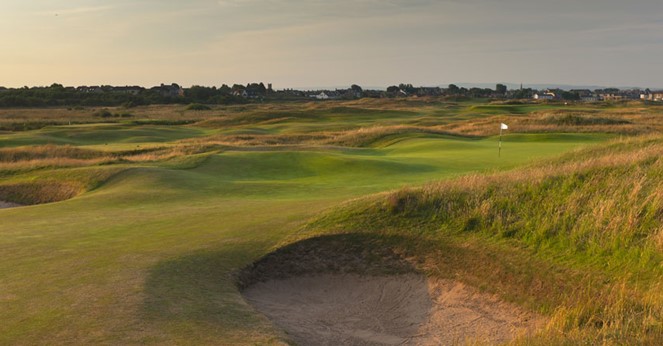 The Open Championship was initiated by Prestwick GC with the inaugural event being staged in 1860.

Prestwick went on to host the first 12 Opens and 24 times in total.

The last Open at Prestwick was in 1925 when the overcrowding of the tiny facility saw it's posiiton in the Open Rota forfeited to Carnoustie.

Prestwick's original 12 hole course was expanded to 18 holes in 1883, and while many of the quirky features of the old course were retained it is only the seventeenth hole (Alps) which remained intact.

Seven green complexes remain, although some are played to from different directions than originally designed.

Playing Prestwick really is a step back in time. The clubhouse oozes history, and the course bears no resemblance to the modern Open Championship courses. It is short and quirky and blind shots abound.

I always look forward to the start and finish at Prestwick, and feel like I have wandered on to another golf course when I get to some of the flatter terrain further from the clubhouse.

There are decent holes out there but without the same sense of adventure as those closer to home.

The start is quite unique- a short par 4 appropriately named Railway, with the railway line very much in play along the right perimeter- it seems so close to the green!

The second hole is a testing par 3 (Tunnel) with bunkers front and back- you need to pick the correct club...

I always look forward to the blind par 3 fifth hole (Himalayas) as well- they just don't make them like this anymore.. 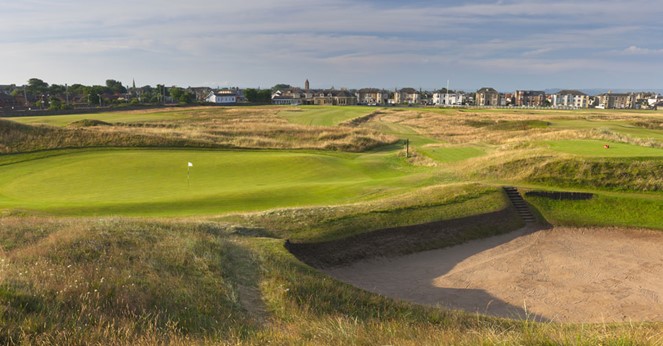 After completing the round I am always tempted to ask whether I could slip out again and play a short replay loop consisting of the first three and last 3 holes- wouldn't that be cool?

Prestwick gives us a glimpse of what golf was like in it's formative years.

It is quirky, and testing, and great fun

Every golfer should play Prestwick