Sun City has a chequered history.

Originally it became known as a glorified brothel for the well to do white men from Johannesburg, but eventually it evolved into a very succesful casino, and resort destination.

The Gary Player course was designed by one of the great golfers of all time- 6 time major winner- Sth African Gary Player.

The course opened in 1979, and has become famous around the globe as the site of the Million Dollar Challenge, an exclusive invitational event (now the Nedbank Challenge).

We set off with our African caddies on a warm sunny day- perfect for golf! 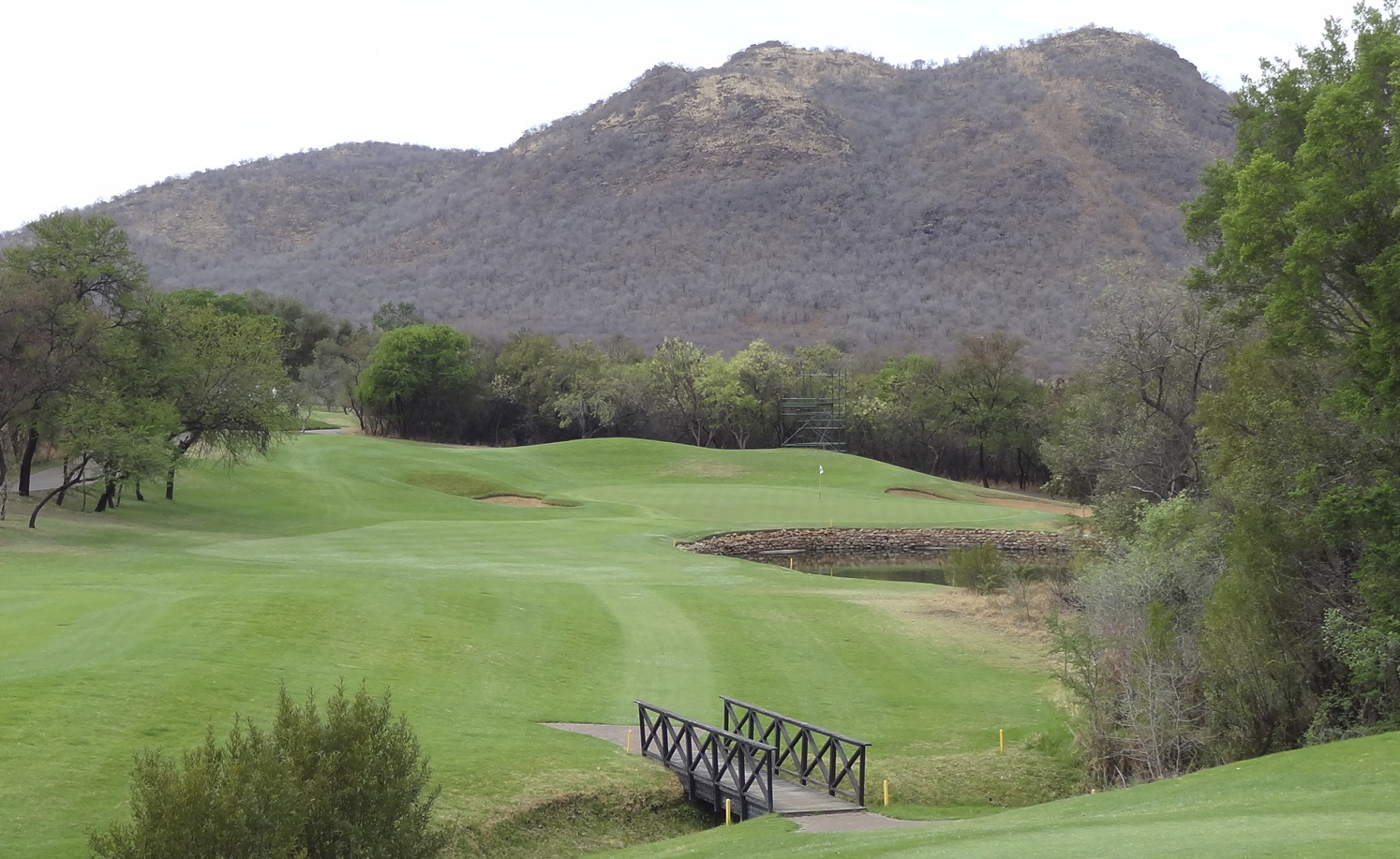 The greens are normally devilishly quick for the tournament, but after recent coring work played slow but true for our group. On some holes it was a very long way back to the championship tee, with some significant carries, and with the bunkering often on both sides of the tree lined fairways, it was easy to appreciate that this was a stringent test of championship golf. It is known to be the toughest on the continent, becoming known as the monster, and at 7162 metres off the back pegs, that may be a fair description...

Missing fairways was not an option as the prickly acacia trees made recovery doubtful.

The course comes up well on TV with the money holes- 9, 17 & 18 all featuring spectacular water carry approaches...

I thought the par 3 holes were all strong, attractive holes with water a common theme, but still with nice variation in look and feel. 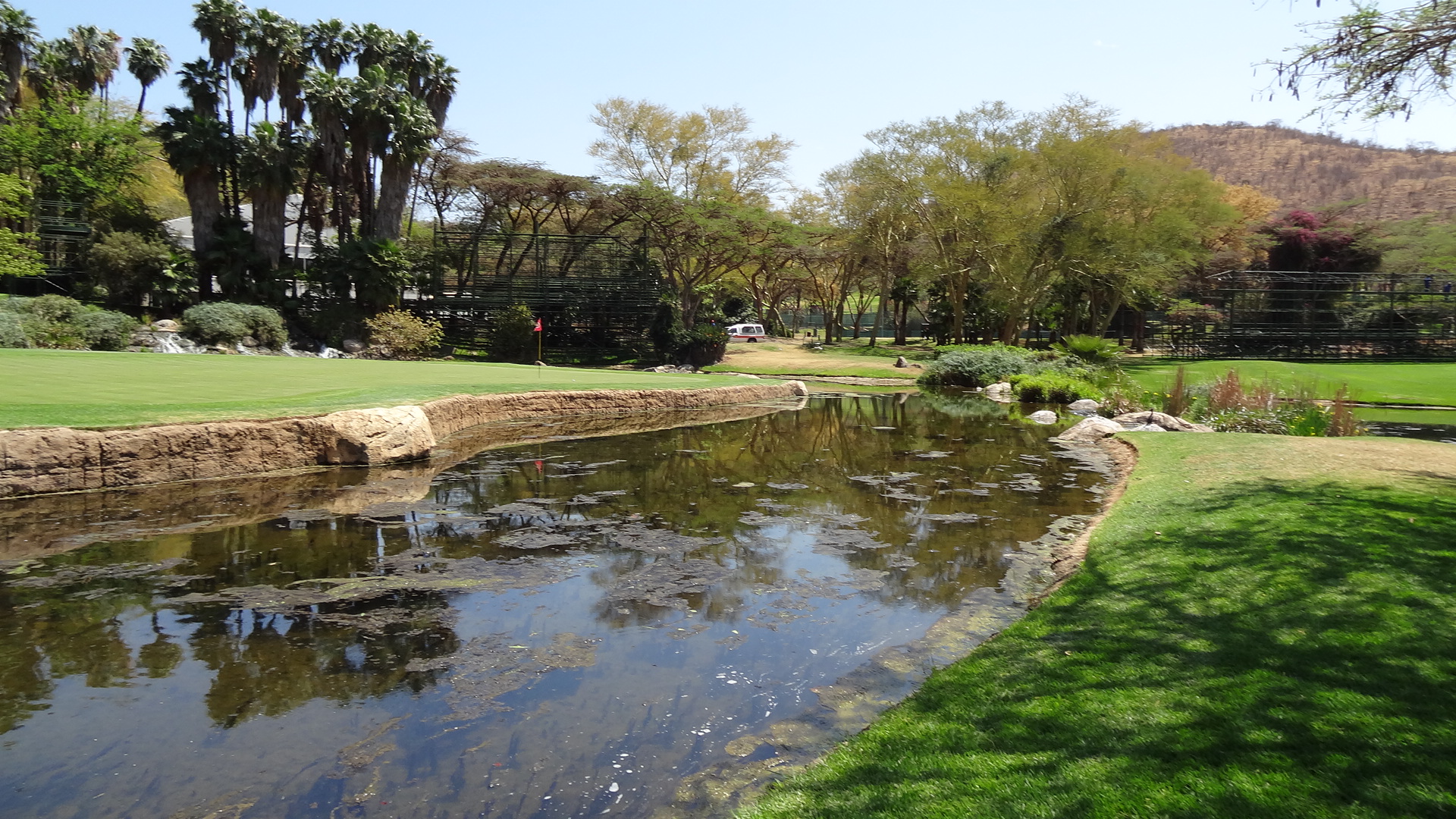 This is a nice place to play golf, and as you play through the valley you cannot fail to appreciate where you are- perhaps the playful baboons on course, or the impala, or the unmistakeably harsh landscape on the surrounding hills.

We even saw a wild elephant in the park next door!

However I felt that the bread and butter holes had a certain sameness to them in look and strategy. You were asked to hit it straight!

And off rear tees that would be long and straight..

Good, but not great would be my assessment of the Gary Player Course at Sun City.