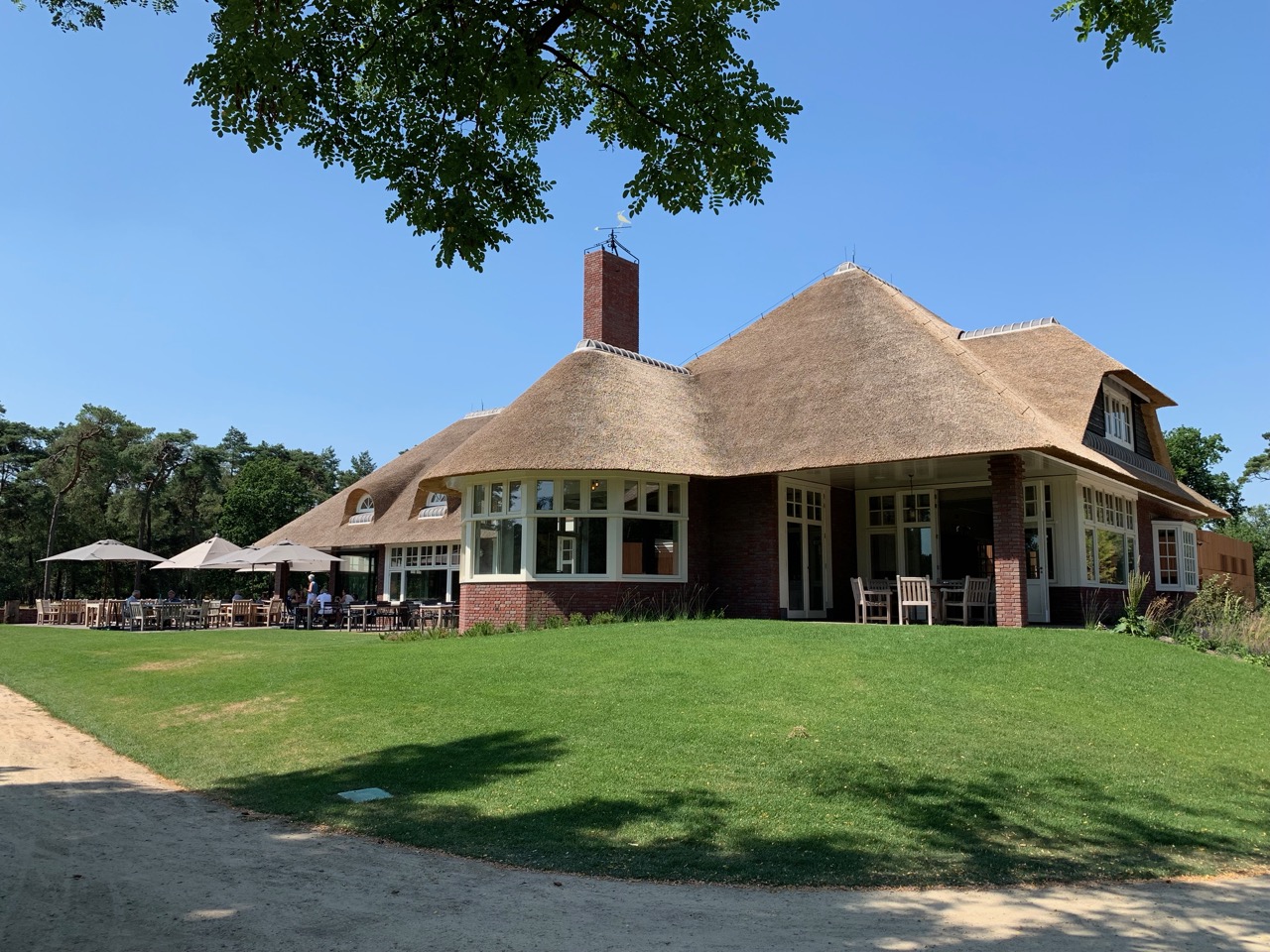 Harry Colt is one of the famous golf course architects- his legacy can be seen at courses such as: Royal Portrush, Pine Valley, Sunningdale, Muirfield, Hoylake, Royal County Down, St Georges Hill & Royal Lytham & St Annes
In the 1920's Harry Colt ventured to The Netherlands where his efforts helped put The Netherlands on the golfing map.
The 'old nine' courses in The Netherlands are a group of links and heathland courses dating from Colt's time.
In recent years new courses have added a different feel to golf in The Netherlands with Kyle Philips becoming a major player.
This combination of olde world courses influenced by Colt and a new breed of modern courses in clearly evident in the clubhouses of the courses which range from old thatched roof constructions to sleek new modern designs. In a way this mirrors Dutch society where modern skyscapers and highways surround traditional old village centres on canals..
It is a fascinating place to visit!

The Travelling Golfer can tailor a golf trip to London to suit your group. For itinerary suggestions see  Destinations: The Netherlands