Mike Keiser first came to notice with the phenomal success of his business Recycled Greeting Cards.

It put him in the position of being able to pursue other interests..

Being a keen golfer, that opportunity soon came when he employed Dick Nugent to build Dunes Club near his holiday house in New Buffalo

He scoured the country for a suitable site and eventually settled on sandy terrain on the ocean near North Bend in Oregon.

Bandon Dunes was remote and both Keiser and the architect were relatively inexperienced.

Such was the success that Keiser catered for the growing demand by immediately building a second course at Bandon.

Bandon Trails by Coore & Crenshaw followed in 2005- and remarkably all three courses were regarded as being world top 100 standard.

Bandon Dunes is the best golf resort in the world, in my opinion!

Tom Doak is one of the great golf architects of the modern era, and Pacific Dunes is the course that announced him.

It is one of the world's great courses.

In recent years Tara Iti in New Zealand has also been recognised at the highest levels.

One of TD's Great skills is the routing of his courses and at Pacific Dunes he has been able to get a very nice mix of ocean side and dunes holes, and move between them to add interest, variety and rhythm to the round.

There is some flatter less interesting land but he has used par five's at hole 3, 12 & 15 as the connections between sections of the course.

I have played Pacific Dunes quite a number of times now and will never forget playing the first hole for the first time.

I just knew immediately that it was something very special.

The green complexes, bunkering and use of exposed sand in the first few holes impressed

And then we hit the coast!

Holes four & thirteen are impressive, but hole eleven is one of my favourite holes anywhere!

- hole 1, a stunning short par opening hole that sets the scene. The short approach must be accurate..

- hole 2, another short par 4 with sand to carry off the tee, and bunkers to avoid for both shots

- hole 3, a nice par 5 with an impressive green complex tucked into a dune

- hole 9, a unique par 4 with two quite different greens- a sign on the tee advises which green is in play

- hole 10, a longer par 3 from an elevated tee to a green with ocean backdrop. Wind is a major factor! (see pic top of page)

- hole 11, a magnificent par right on the clifftop. It's a small target surrounded by trouble. One of the world's great par 3's (see pic top of page)

- hole 13, a long strong par playing along the clifftop with ocean left. The fairway rises as you progress toward a green sitting between cliffs and a massive exposed sand dune 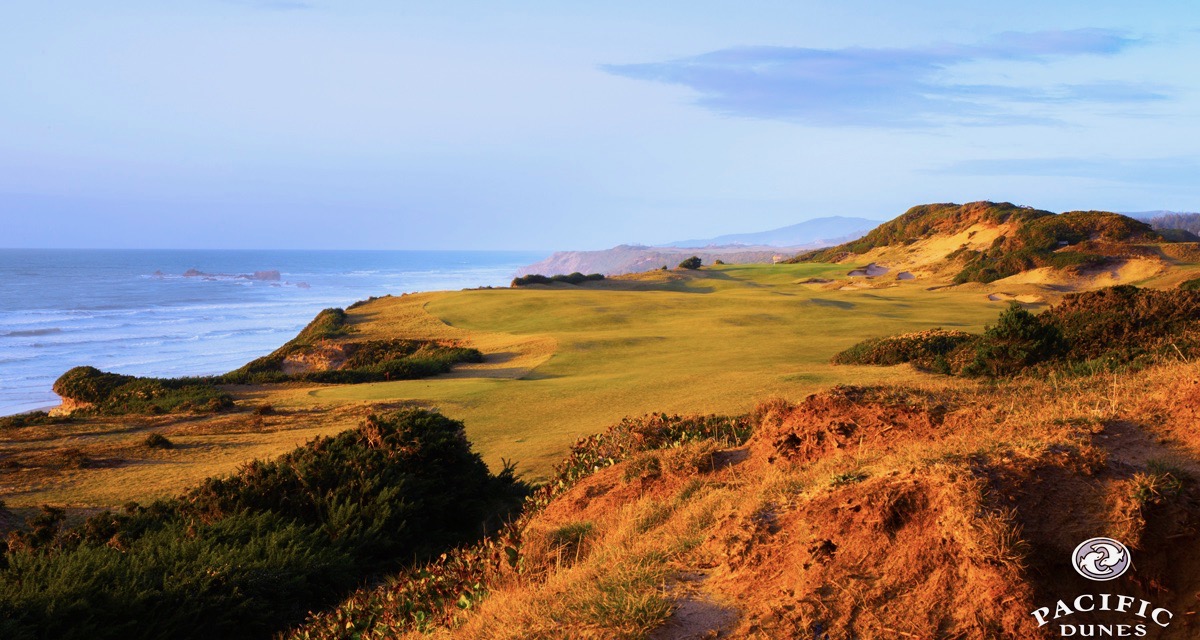 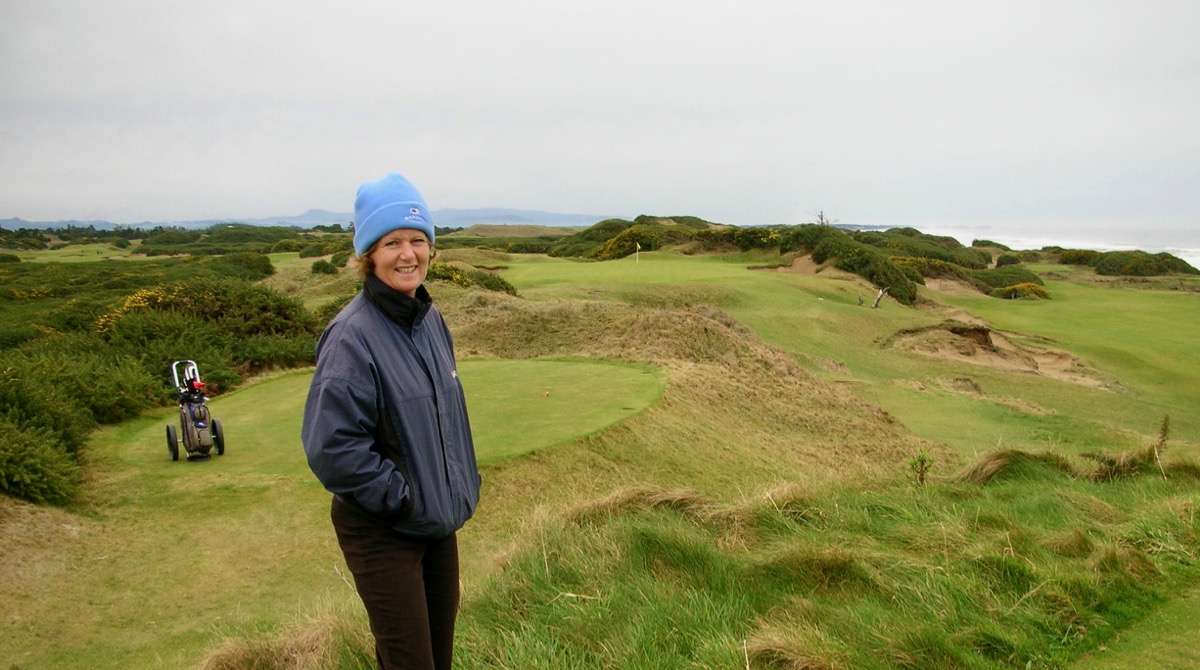 Bandon Dunes Resort is the best golf resort in the world, in my opinion

Pacific Dunes is one of the best courses in the world

What more can I say?

Pacific Dunes is a "Travelling Golfer must play!"

The Travelling Golfer can tailor a golf tour for your group.