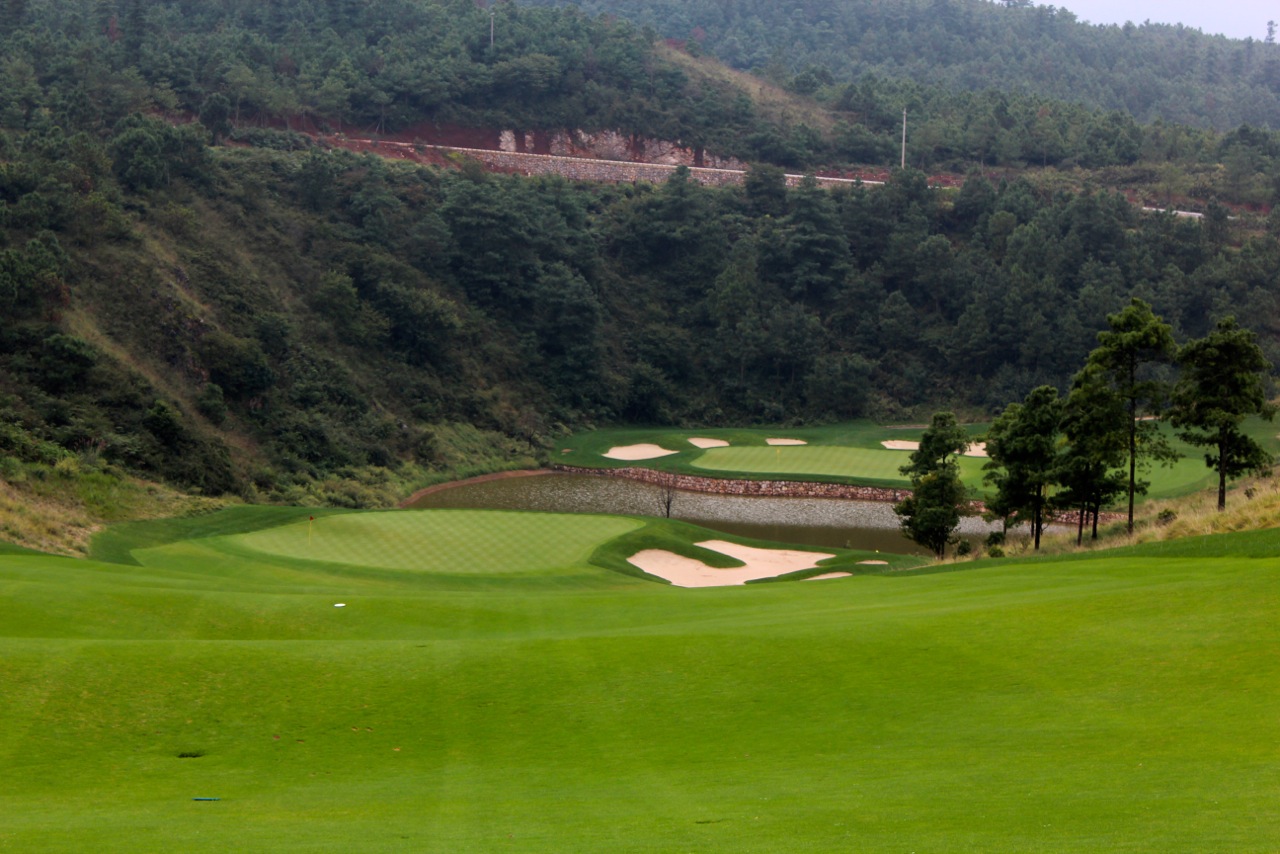 Yunling GC is located in the Yunnan Provence of China, on the outskirts of Kunming, and not far from Spring City Golf Resort.

The development at Yunling includes a 27 hole facility designed by Rees Jones.

Readers would of course recognise Jones as "The Open Doctor" because of all his work over the years for the PGA Tour remodelling courses for U.S. Open Championships...

Rees Jones has also built up quite a portfolio of A grade courses he has designed around the world.

Many would know him ( junior ) from The National Old Course, Coolum, Joondalup, and Meadow Springs in Australia, and an absolute plethora of quality courses throughout Hawaii and Asia.

Rees is less travelled and Yunling is his first effort in China. 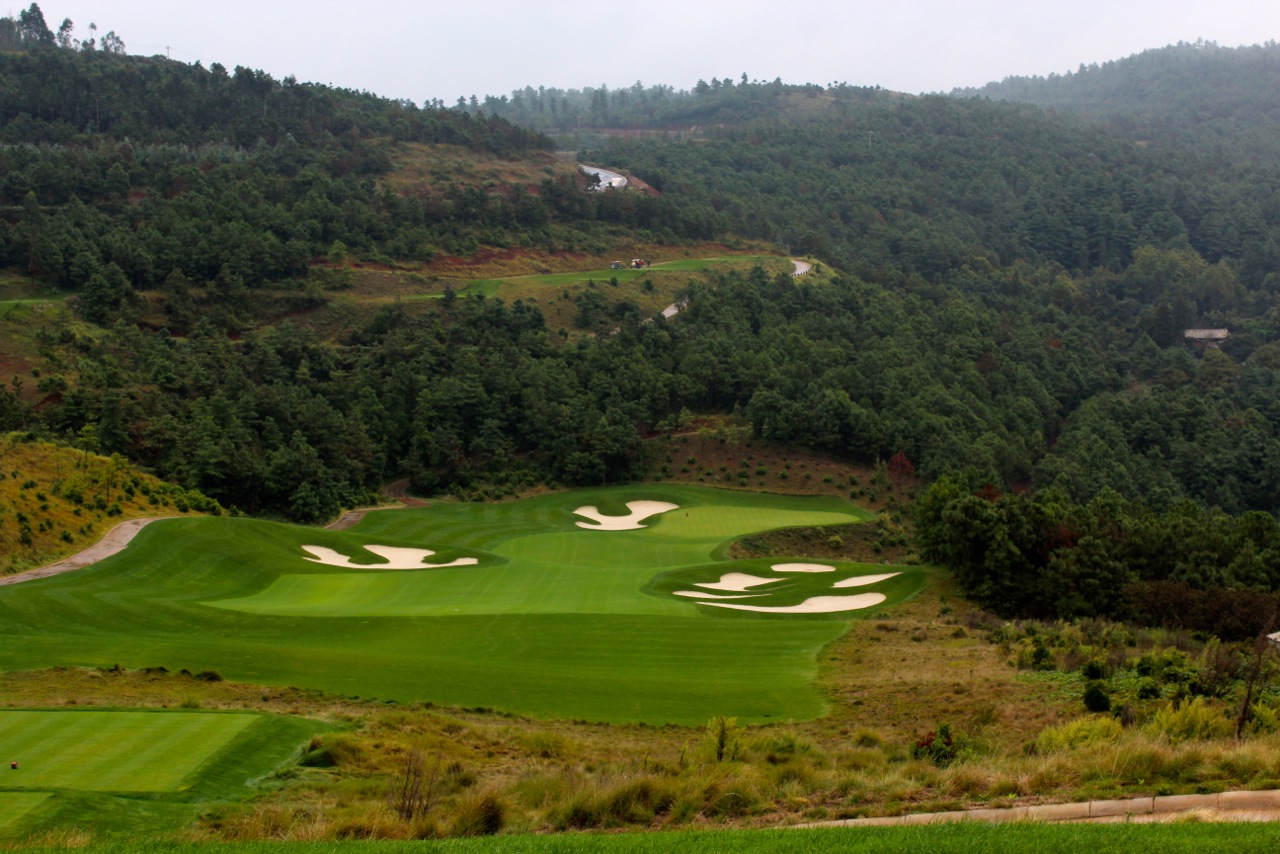 The site at Yunling is extreme- mountainous, and I would have thought unsuitable for good golf.

It is a mile above sea level and has over 600 ft of elevation change through the course.

When we visited we played the A & B courses, and were immediately struck by the dramatic site, the many white splash bunkers, and the elevation change.

The drive to the clubhouse from the front gates is an education in itself and on its own would have cost a small fortune to build as it winds its way up the mountain to where the golf course sits seemingly overlooking the world. 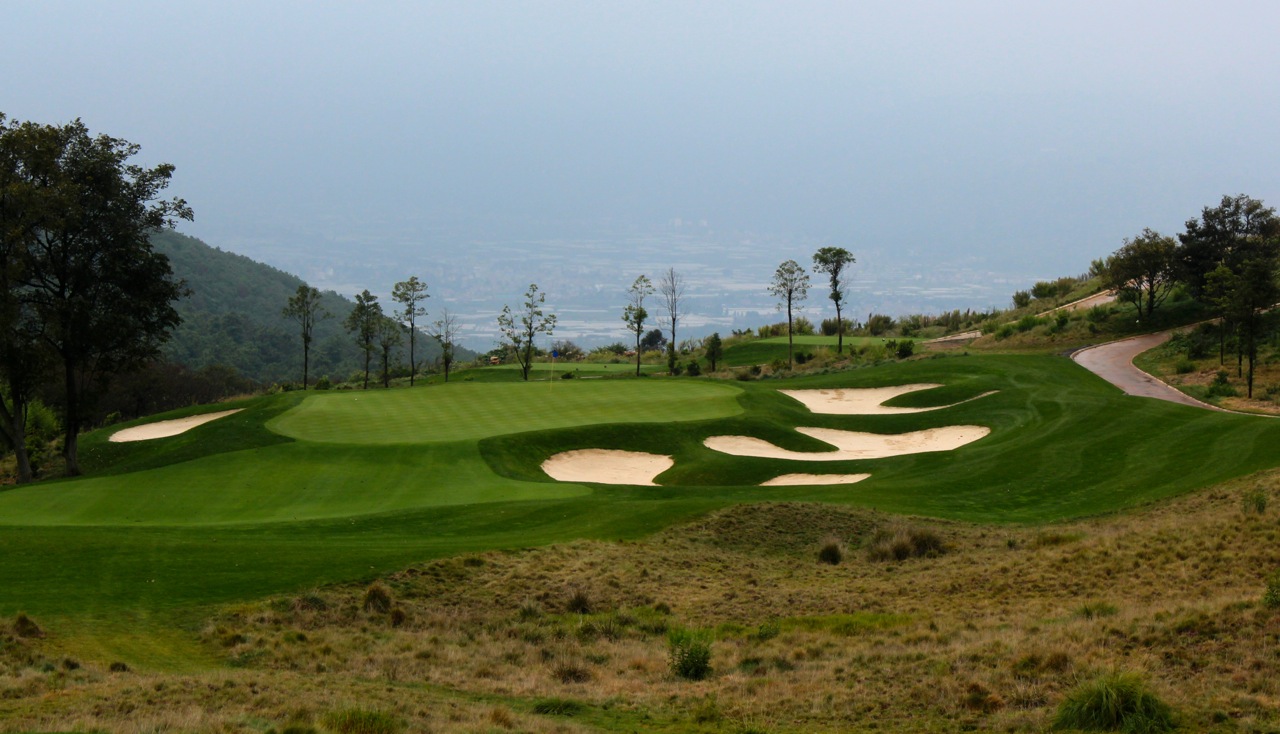 The first two holes are nice holes, with the bunkering dominating both tee shot and approach, and excellent green contouring. If I were to be critical the blind second shot on the opening hole didn't really play so well with the green surrounded by bunkers, and a very narrow opening at the front.

The pretty one shot second also had a very tight approach, a theme that recurred later in the round. 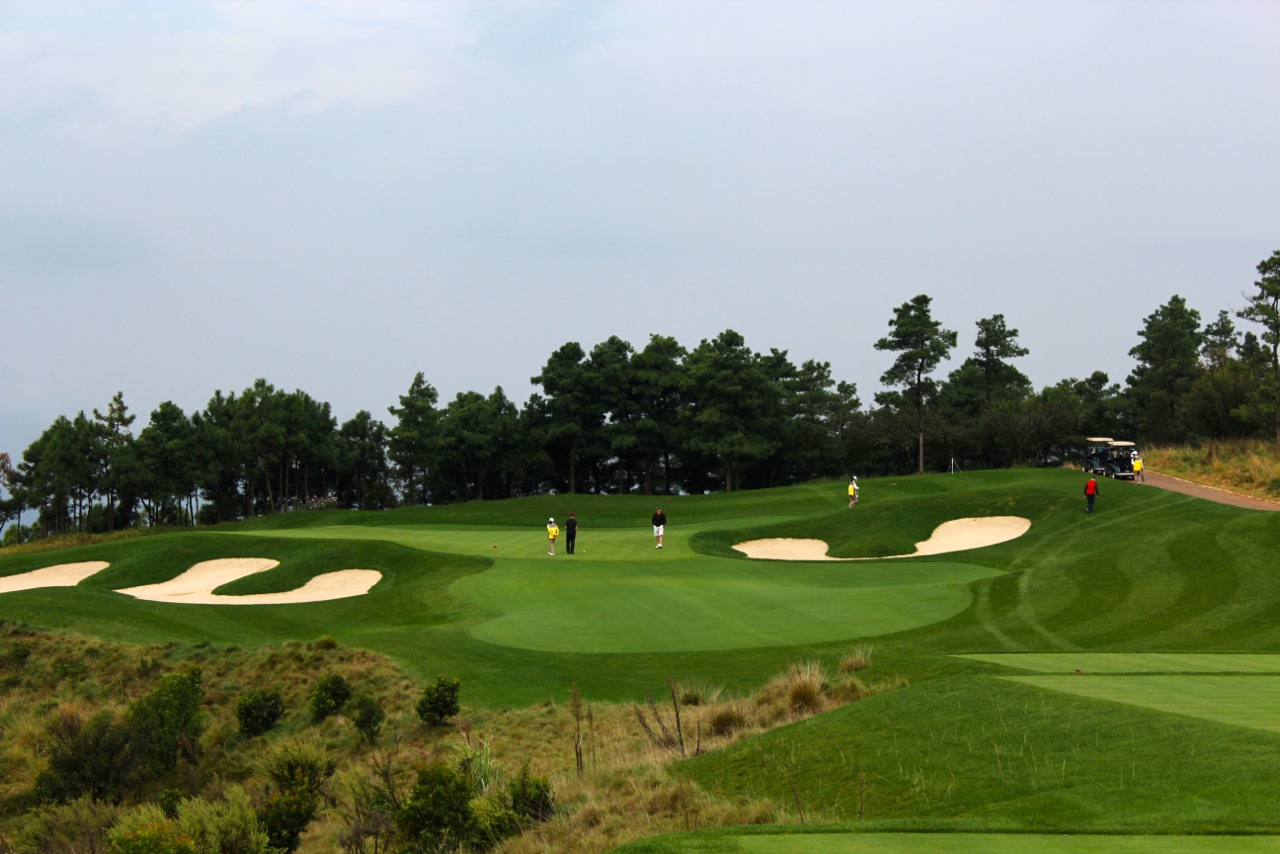 But by goodness the heart started racing from then on, with holes 3 through 7 heading through enormous elevation change. Did I mention this was a cart course?

There is no way you would want to even try to walk this course, and that is a sad thing in my opinion. BUT...using a cart we were able to play a succession of glorious, dramatic, strategic holes from extreme high tees, and then drive up again to another high tee. 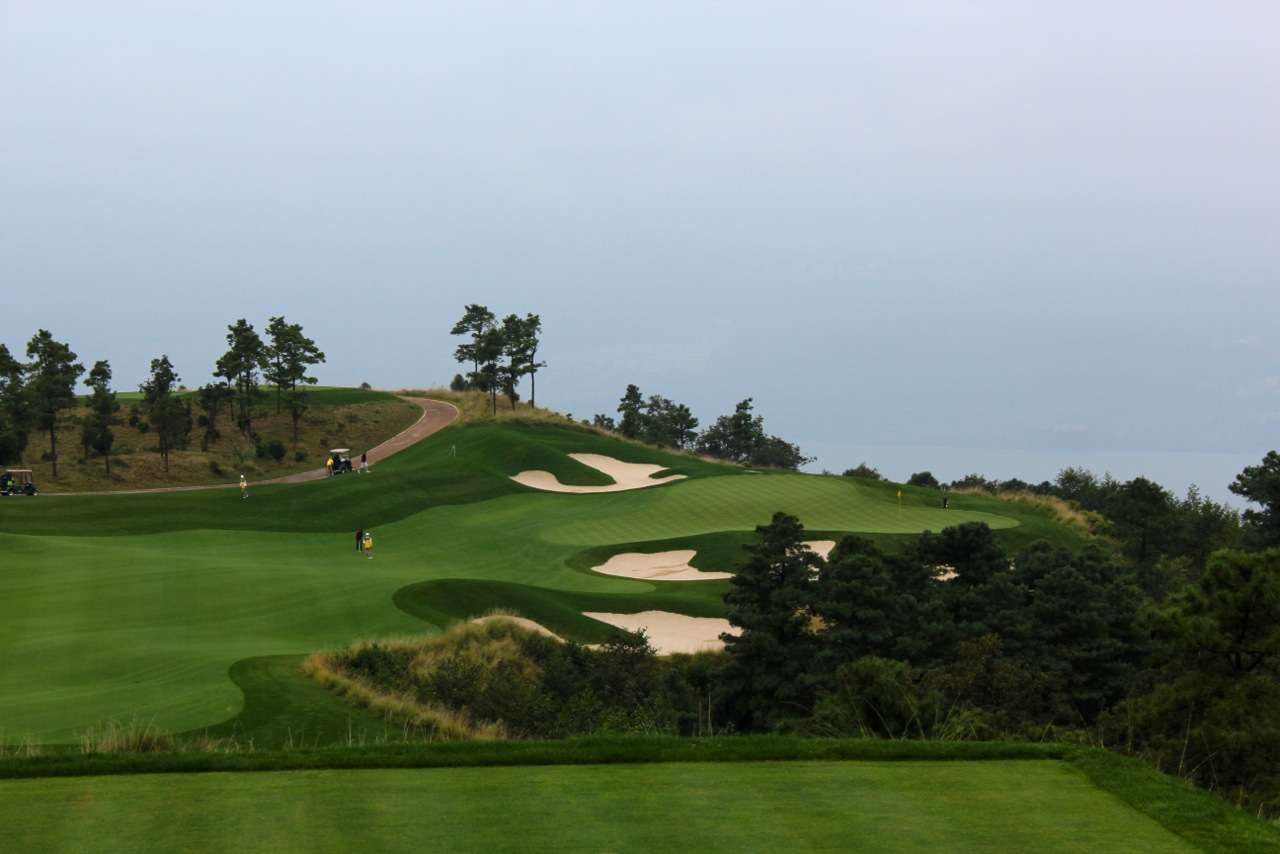 This is spectacular golf, with eye candy bunkers, both strategic and pretty, and views down on the surrounding world at every turn....

Hole 3 is a driveable short par 4, with an elevated tee, and green surrounded by bunkers and steep drop offs. You feel you have to have a go at it, but in reality there are many ways to play the hole. And lots of different teeing grounds at different angles and lengths. I could have played this hole over and over from various tees and never got bored... 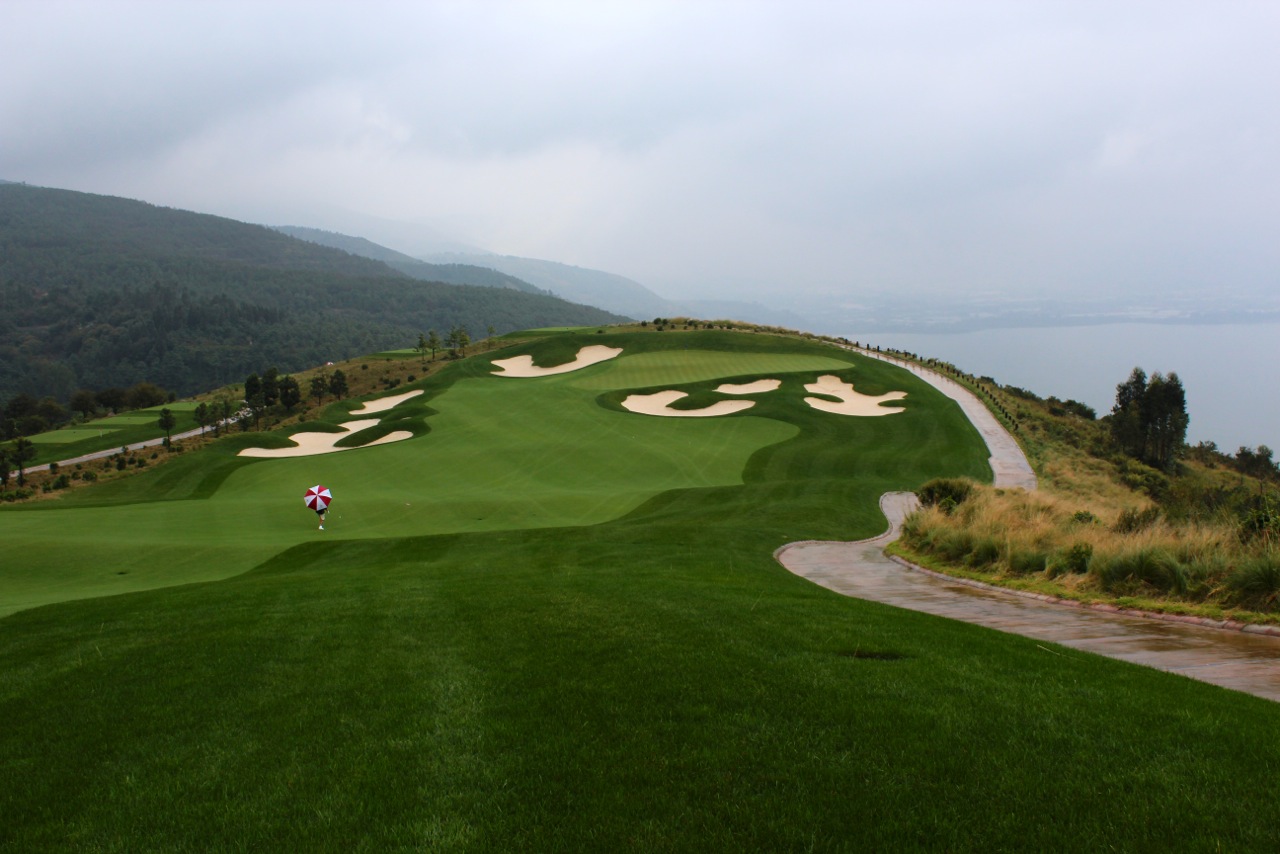 The next 4 holes continued the theme of elevated tees and spectacular holes- each completely different, but each a thrilling golf hole. 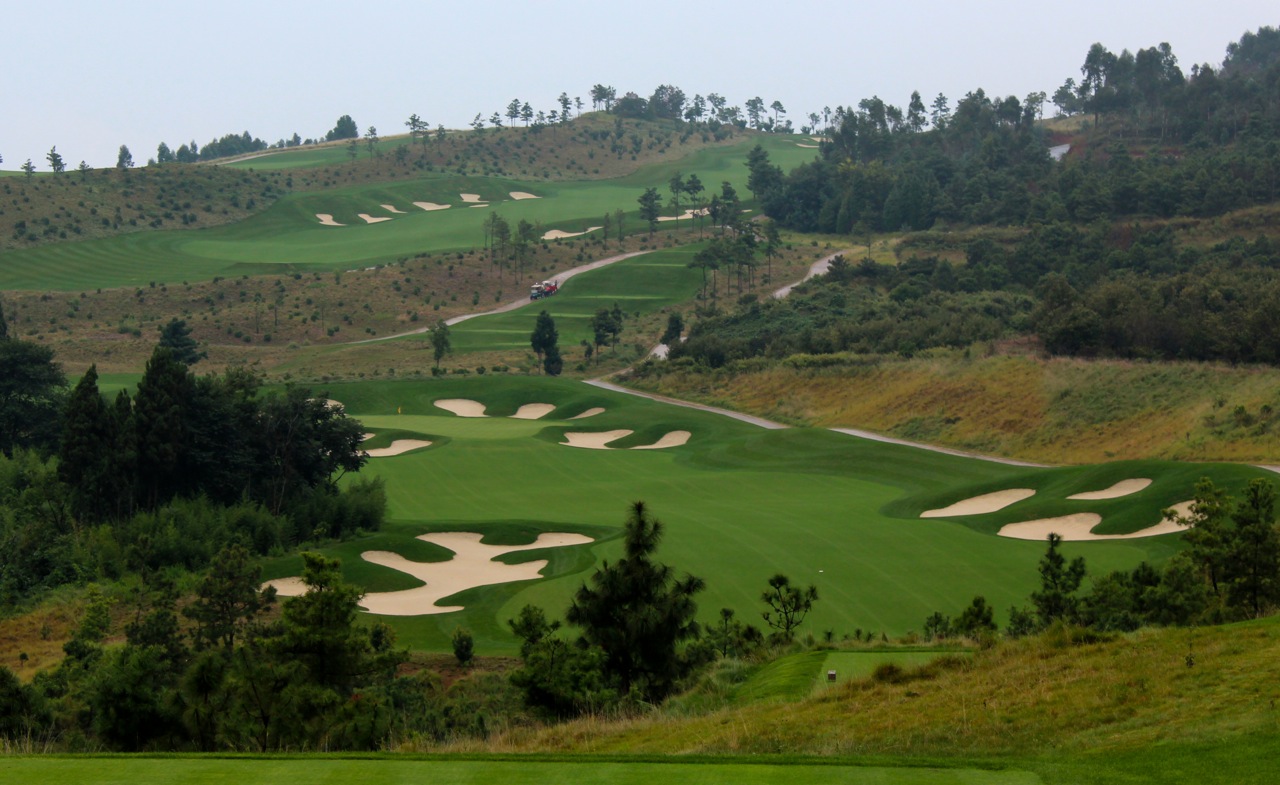 The back nine, or the B course was also excellent, if not a little more resort like at times, with the use of man made water hazards well done, but not in the class of the earlier holes. The back nine has an enormous drive from 12 green to 13 tee, but the ensuing holes-13 through16 have amazing views, and some very good golf.

In summary Yunling GC is a stunning place to play golf and offers spectacular, dramatic golf at its best. 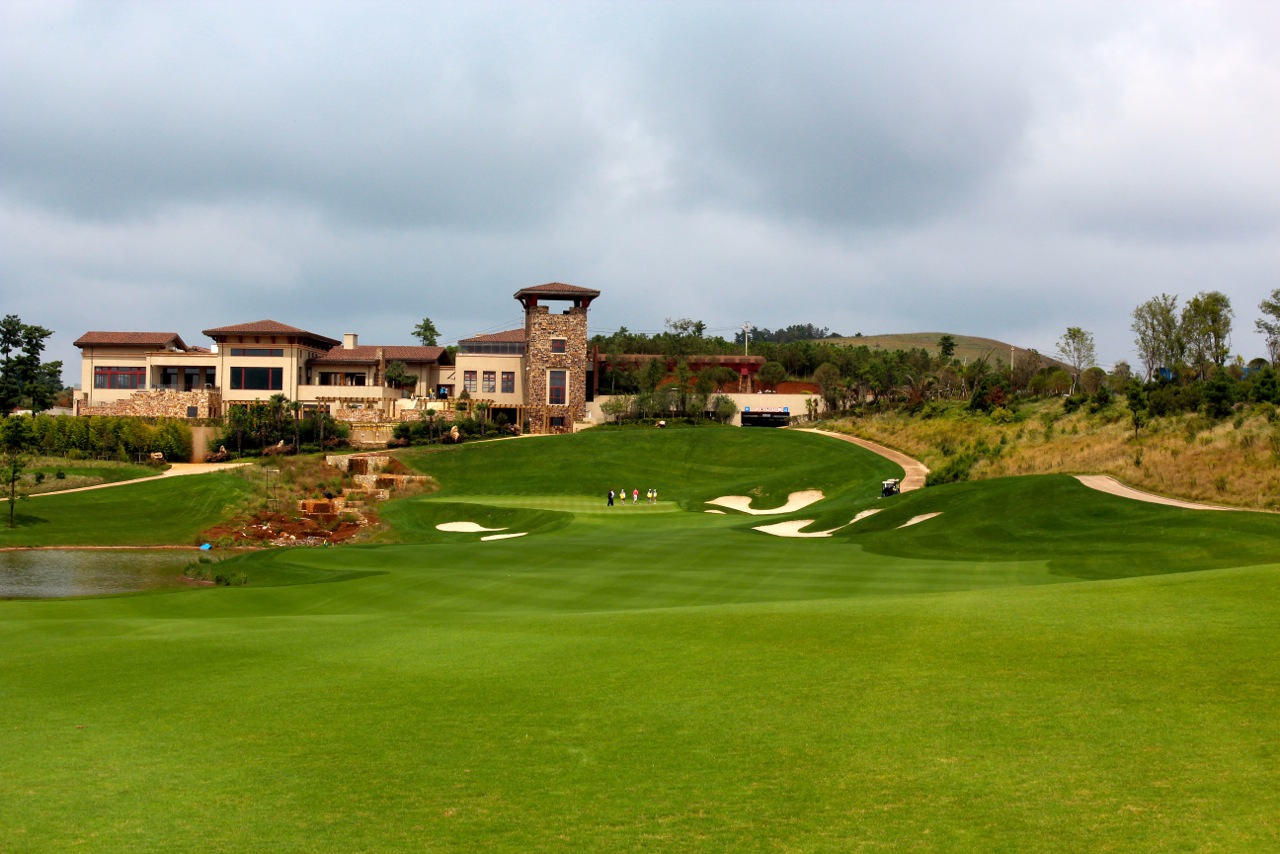 Yunling GC is played as one of the courses in the Spring City/Stoneforest tours which can cater for self lead groups, as well as The Travelling Golfer hosted tours.

Other courses played include:

The Lake & The Mountain courses at Spring City Resort, courses A & B at Stoneforest International CC, and possibly Sunshine GC near Kunming.