David Inglis died in 2003 of Motor Nuerone disease, but certainly left his mark on the Australian golf scene.

David was a member at Huntingdale, and was the driving force behind one of Australia's most successful tournaments- The Masters at Huntingdale.

David was also the man behind the National Golf Club at Cape Schanck.

He would be proud to see how that club has developed over the years and now boasts four world class courses.

The land for the two courses was largely in the river flats either side of the Yarra River, with hotel and housing developments on the higher ground.

Inglis and his team began selling memberships in 1995

The St John course was the first built, opening for play in 1999

During this period with a growing membership and no golf course to play Inglis organised regular competitions for the members at Melbourne's sandbelt courses, culminating in the club's first club championship at Huntingdale Golf Club in 1997 (which I won!)

The St John Course is a classic parkland course in the river flats adjacent to the Yarra River.

Melbourne is renowned for The Sandbelt courses, but the St John course was a lovely contrast.

In a striking parkland setting, with immaculate playing surfaces and a compelling Nicklaus design, St John was an immediate favourite.

- hole 2, a long strong par 4 with water in play on the tee shot. Hitting the fairway leaves you with a longish uphill approach over water and bunkers

- hole 6, a delightful shot par 4 with green tucked behind a pond 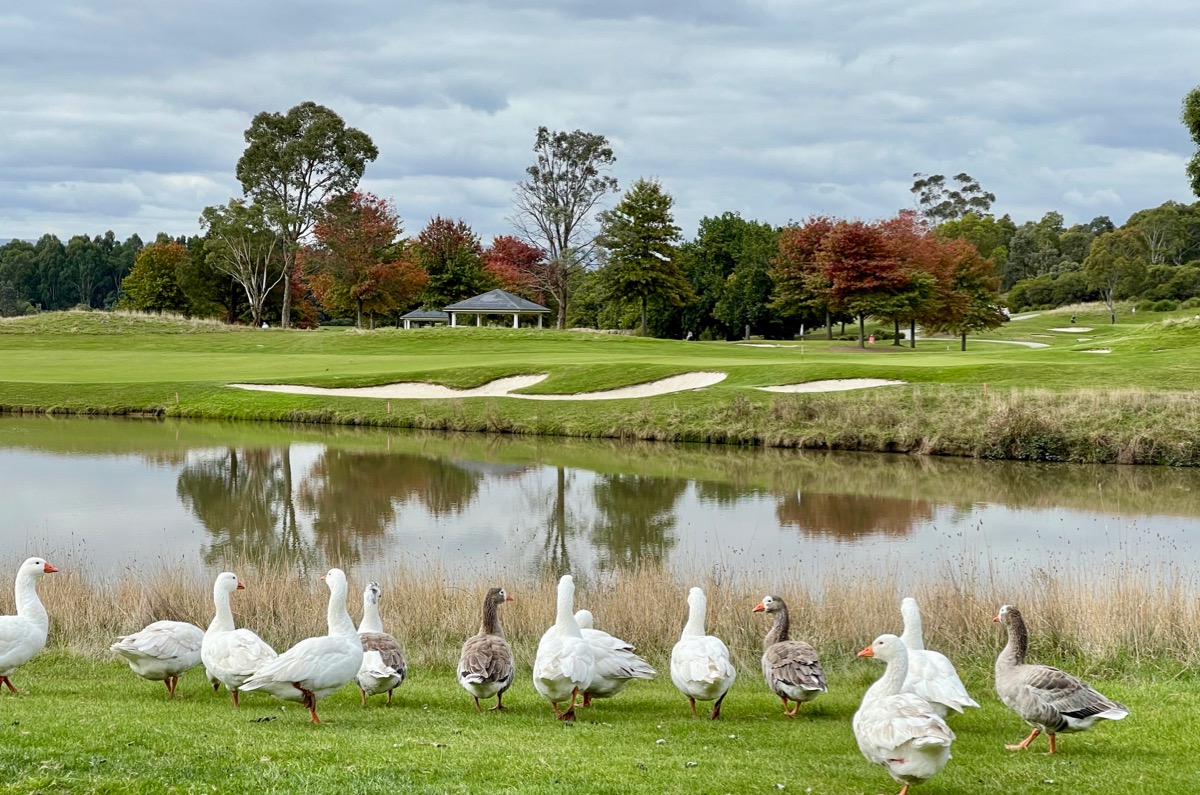 - hole 8, a long par 4 to a two tiered green well protected by bunkers

- hole 9, a beautiful par 5 arcing around a lake. Three accurate shots are required

- hole 10, another ripping short par 4 where the approach must carry the river to a green sitting on the river bank

- hole 11, perhaps 'the signature hole', this mid length par 3 demands a water carry to a green sitting in a old quarry site hard against the water 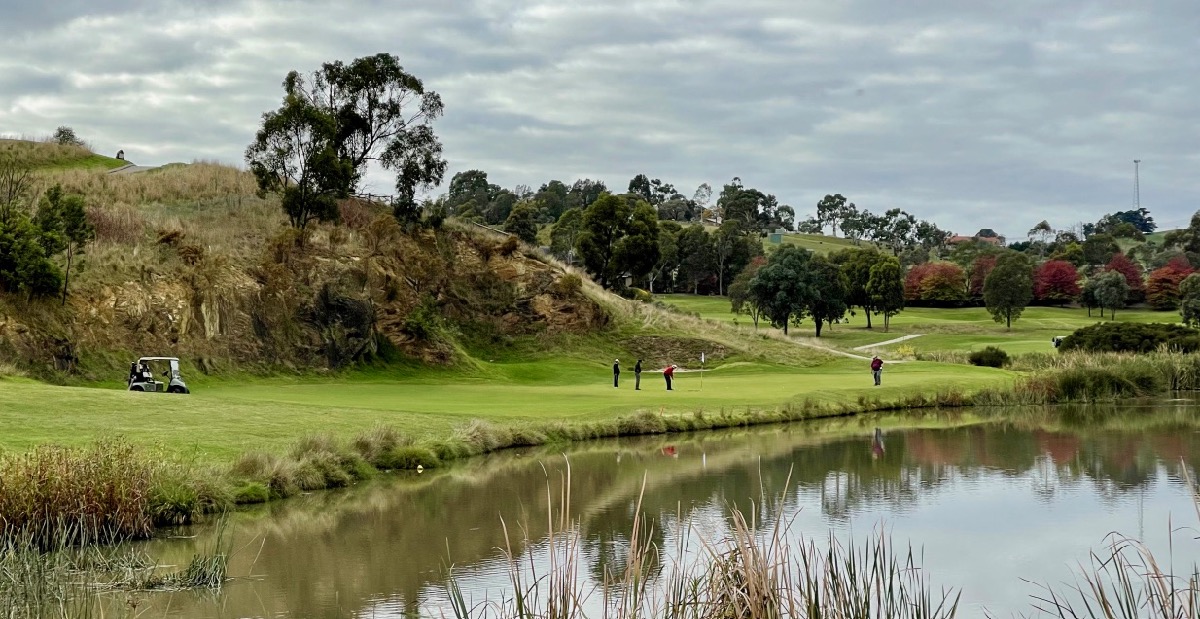 - hole 12, another impressive par 5 from an elevated tee, the fairway snakes between bunkers along beside the lake to a green adjacent to the water (see pic top of page)

The St John exhibits all the trademarks of the top Nicklaus courses around the world.

The course is strategically strong, offering players options on line and length.

There are no surprises. The greens and bunkering are reasonably linear in design and pleasing to the eye

It is a very good members course off the regular tees, but is a monster off the championship tees

In the early years the playing surfaces were superb and it was a pleasure to play..

Unfortunately the ownership issues have seen the membership dwindle in recent years and although efforts are being made to right the ship, there is still much to be done before The Heritage Golf & Country Club lives up to it's potential.

At it's best it is an outstanding facility