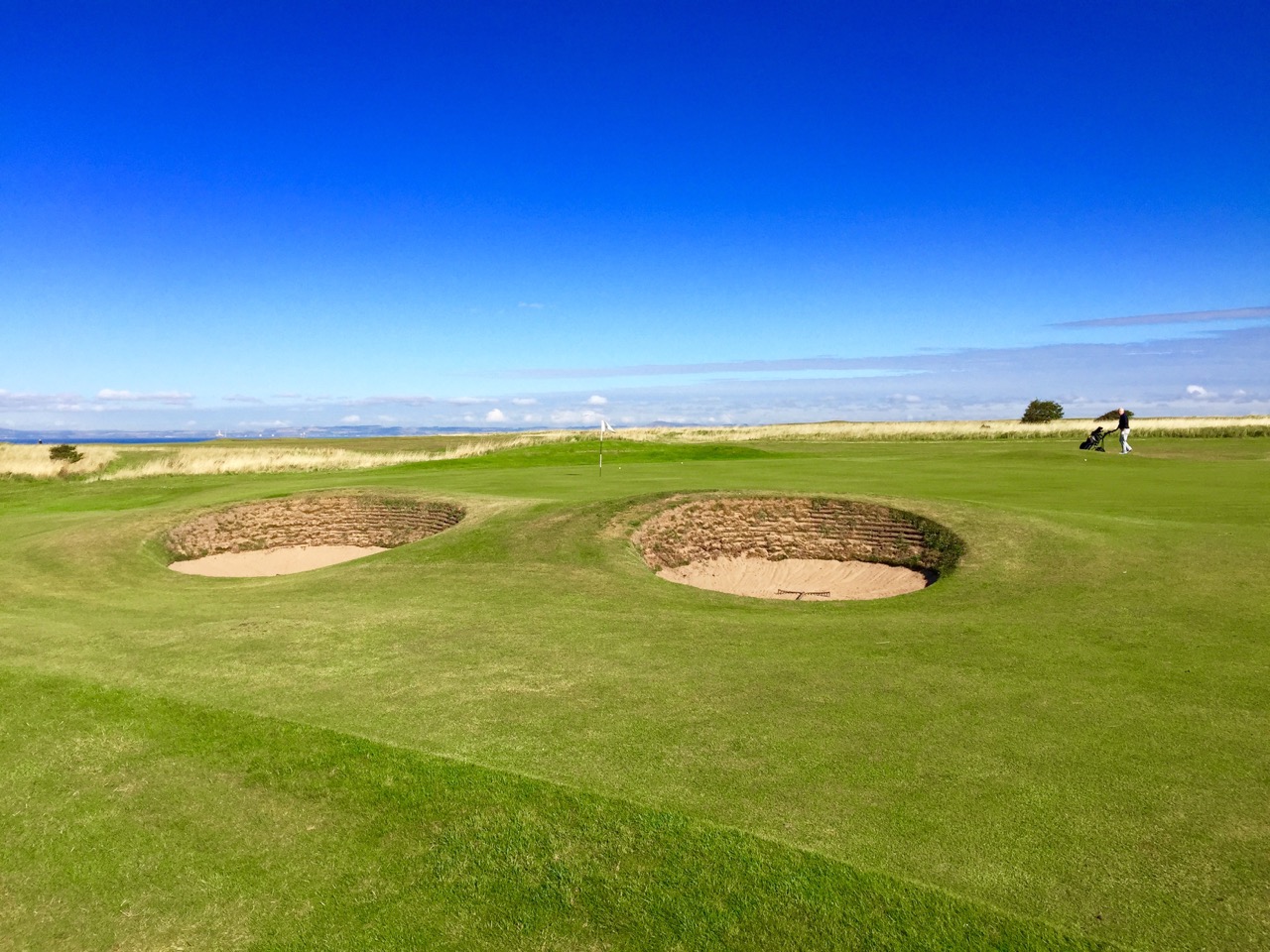 The second course at The Gullane Golf Club in East Lothian is appropriately called Gullane no 2 as the club deigns to number their courses in the order in which they were founded. Golf has been played in the area for 350  plus years, but Gullane No 1 opened in 1884 and was followed by No 2 in 1898.

Gullane no 2 was designed by Willie Park Jnr ( who also designed No 3 ) and runs alongside No 1 for 7 holes before sweeping down to Aberlady Bay and returning over the Gullane Hill. As with No 1, No 2 suffers a little with the opening and closing holes up and down the hill not quite to the standard of the rest of the course... 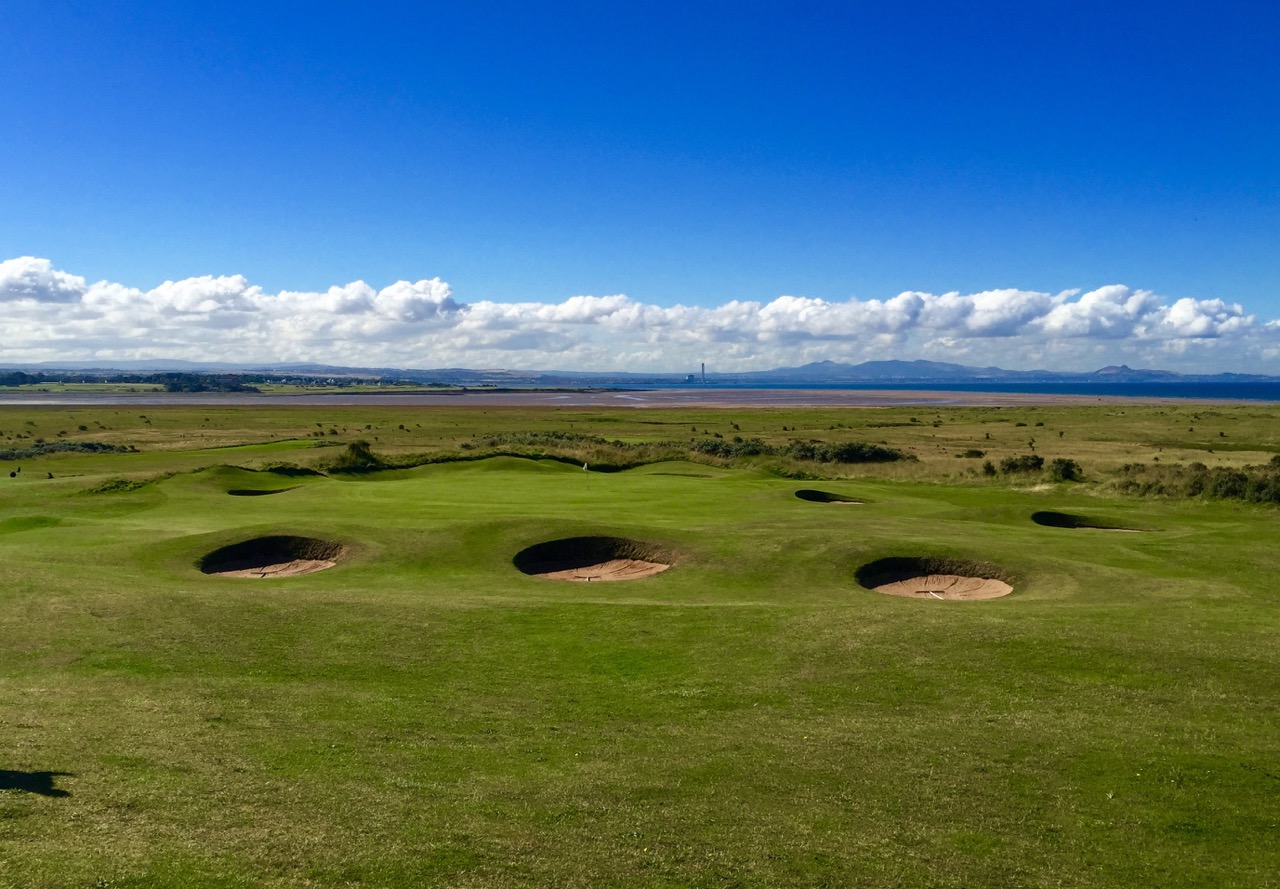 Nevertheless No 2 is a real links golfing gem- the quality and variety of each hole throughout the middle section of the course in my opinion actually shades its older brother. No 2 may be slightly shorter than No 1 but the golf is at least its equal. 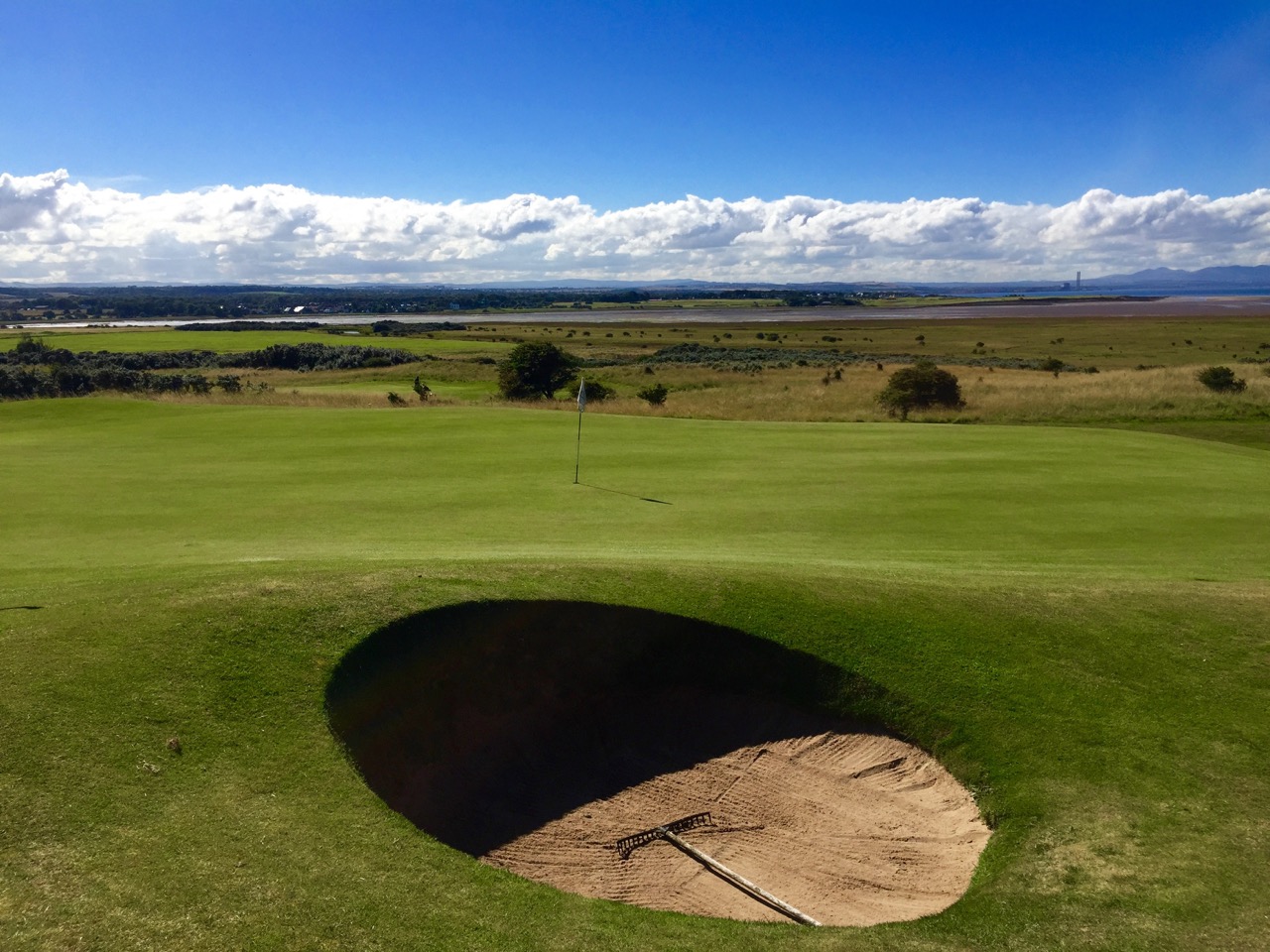 With quality turf throughout and greens as pure as any links course, No 2 demands your attention, tests your golfing skills and leaves you wanting to return. Too many travelling golfers drive through Gullane to play the wonderful Nth Berwick or Muirfield without giving Gullane a second thought. I for one will not make that mistake again.