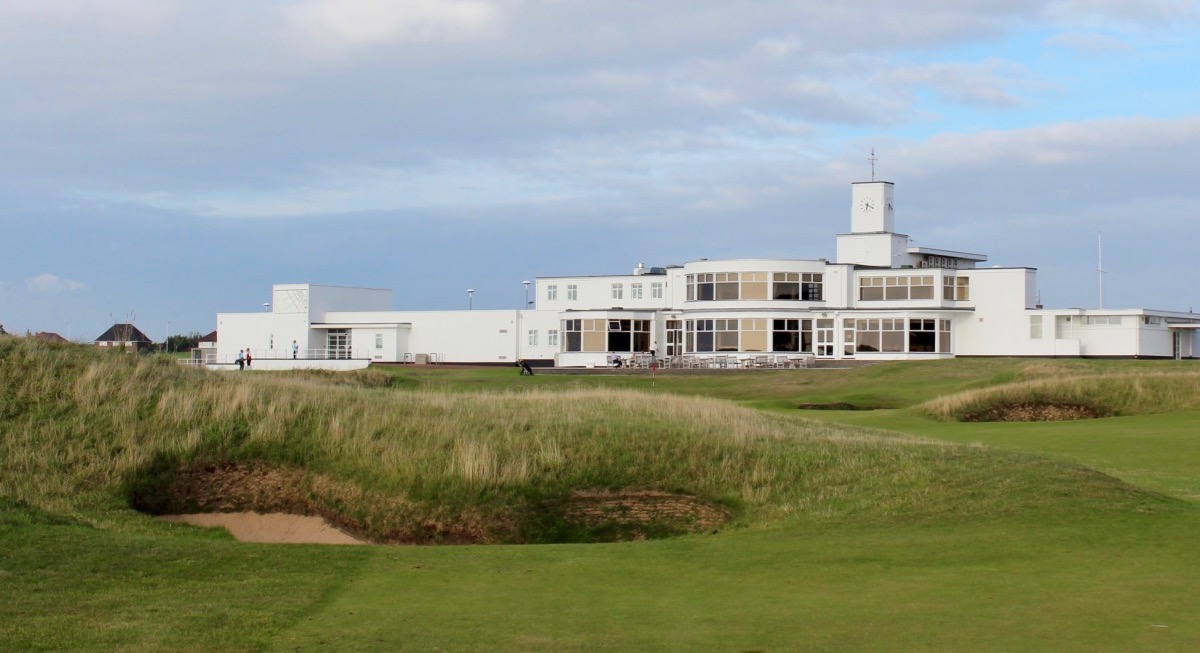 On a glorious day in August I played Birkdale for the first time- a meeting that had been much anticipated... 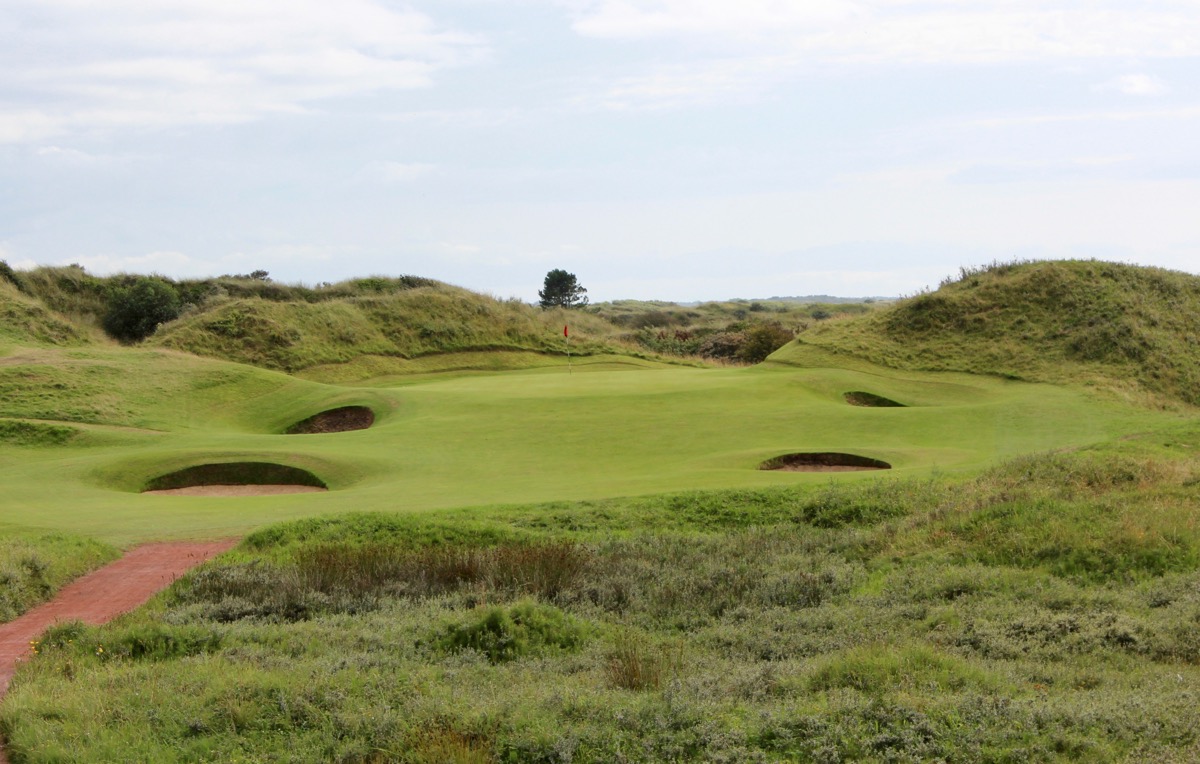 Royal Birkdale GC hole 12
Three generations of the Hawtree family of golf course architects have worked on the course.
Frederick G Hawtree and golfer J H Taylor were largely responsible for the routing which works its way through the valleys between the large dunes.
Frederick W Hawtree, the son of Frederick G, performed some modifications in the 60's, and his son Martin Hawtree modernised the layout significantly after the 1991 Open, and then added bunkers and some back tees for the last 2 opens played there. 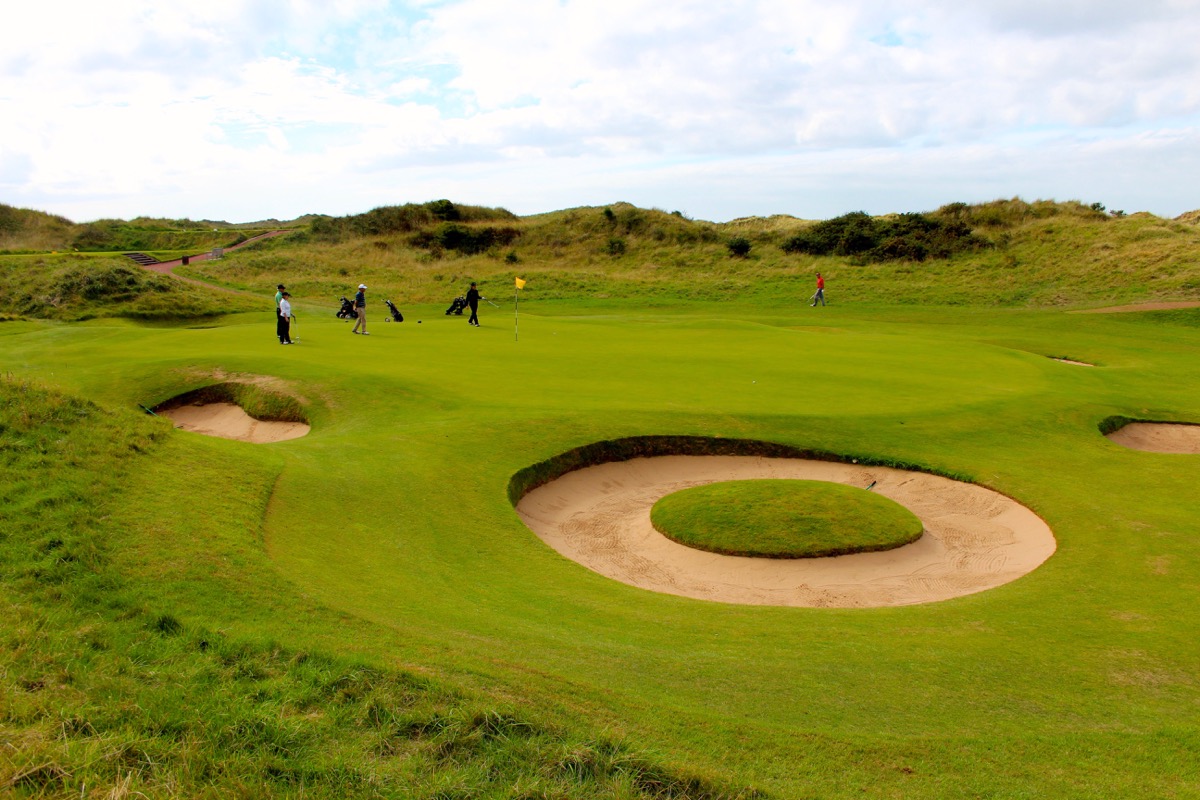 Royal Birkdale GC- the doughnut bunker on hole 7
In my opinion the site at Royal Birkdale appeals immediately as the perhaps the most suitable terrain for golf of all the Open courses.
Big statement, I know!
The dunes are large and many, with lovely valleys between the dunes at just the right spacing for golf holes. A true seaside links, it is surprising how little the sea is seen or heard. Perhaps the magnitude of the dunes blocks out all surrounds, and certainly golf in the valleys is more protected than most links courses.
The fairways seem to have less of the rumple than most links courses, and because they are somewhat flatter you tend to get less of those random unkind bounces...
And the greens are more protected from the ocean breezes than fellow links courses.
So perhaps this is one of the fairer links courses, and I believe this may explain why many professionals rate it so highly.

Royal Birkdale GC- the par 3 7th hole
I fell in love with the dunes, and never recovered. Sure there is no signature hole at Birkdale- no picture that will be instantly recognised around the world (well perhaps the art deco clubhouse), but neither is there a weakness. No weak holes at all!
I could imagine some might think that the holes had a sameness to them because of the constant dune surroundings, but in truth no 2 holes are alike.
My favourites were 2 par 5's- the 4th hole which demands a long accurate tee shot, and then a short precise third...
And the best of them all was the remodelled 17th hole with the green sitting in a natural dell, and the picket fence on the dune beside it. 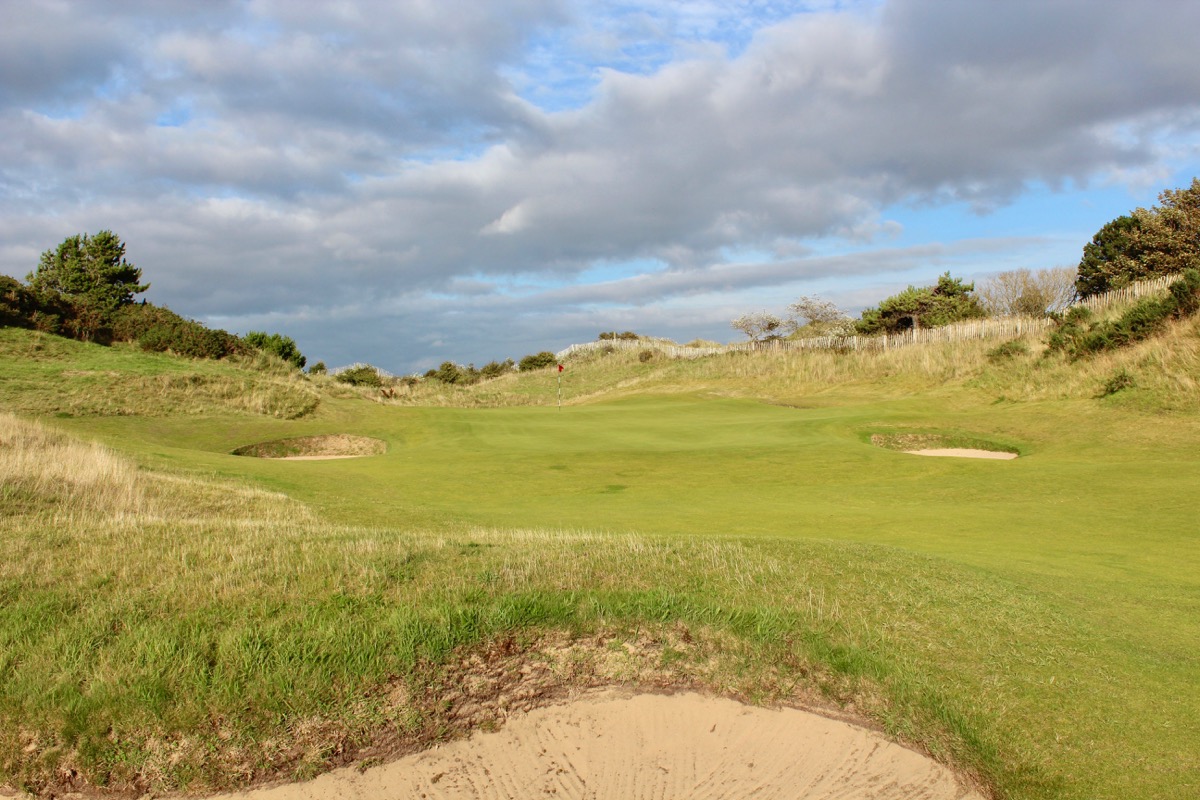 Royal Birkdale hole 17
So how does Birkdale rate with the best of the Open Championship courses?
On first sight I would be prepared to say it rates near the best - but I would be happy to go back a few times just to confirm that initial impression..
Golf Tours
The Travelling Golfer can tailor a golf trip to suit your group. For trip suggestions see Destinations. Note also that Royal Birkdale features as one of the courses played on The Open Rota Tour- a hosted tournament played over all current Open Championship courses
Enquiries
For further information please enquire here: