On Thursday June 7 2012 we gathered at Port Douglas for the inaugural Paradise Links Challenge Matches. The brainchild of JC ( John Carney ) and myself the concept of the mini golf tournament was to give owners a chance to get to know each other , and to coincide with the annual AGM.

After the formalities of the AGM had concluded the Paradise Links owners reconvened at Sea Temple golf course for bragging rights amongst owners. The modified Gentsomes format was a success with competitors of all handicap ranges enjoying the day.

The golfing highlight of the day was clearly JCâs miracle slicing skip ball on the par 3 3rd hole. I used all my fingers but couldnât count how many skips Johnâs ball took as it homed in on the green. If he had hit it straight he would have skipped into the bunker, but with exquisite skill JC shaped the ball savagely left to right as it skipped, hit the green and took the contour right to left leaving him pin high.

After golf we were hosted for a BBQ of steak and prawns by the pool . This gave us the chance to get to know each other a bit better and enjoy the lovely meal. Many thanks to our generous hosts - JC & Shirley , and Johnny. 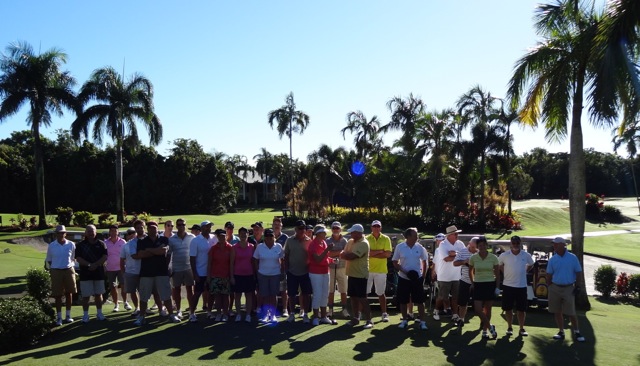 On Friday June 8 we again fronted up at the links - but this time it was serious! A team of 17 Paradise Links owners took on a team of 23 Sea Temple members for the inaugural Paradise Links Challenge Match Trophy. The members team immediately signalled their intention by drafting club professional Graham Bolton into their team.
The match was to be decided by the best 10 stableford scores from each team...As an aside a yellow ball competition was run whereby each member of a foursome took turns of playing the yellow ball for a hole. The Travelling Golfer shudders to think about all those beautiful Srixon yellow balls being dispatched to places unknown....but it did add to the fun!
In the end of the day only one player was able to beat handicap for the day - Graham Bolton played a sub par round which Ralph & JC should have payed money to watch. However despite Grahamâs valiant effort to inspire his team , the Paradise owners romped home , winning by 14 points - Girl Power could have been the difference for the owners as not many Sea Temple lady members actually joined the battle.

After golf Rochey and his team put on a delightful lunch, and presentation of the trophy was made in good spirits. Thanks to David Roche and the Sea Temple team for their efforts. 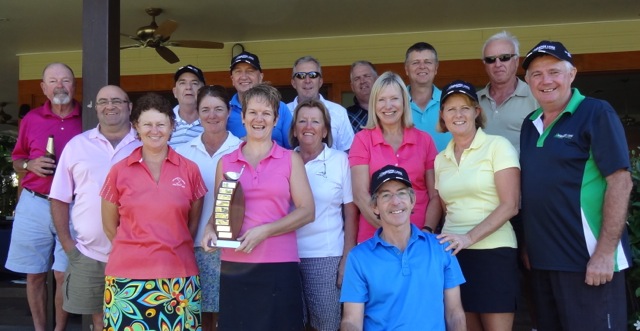 The trophy can now be viewed in the foyer at Paradise Links... Personally I thought it was wonderful to finally get to know some of the fellow owners , and I look forward to catching up with you all again next year , if not before.
Please also note we will be running a tournament called âTropical Twosomesâ at Sea Temple from 12-15 October . If you have an interest in joining us please email me at This email address is being protected from spambots. You need JavaScript enabled to view it.
best wishes
Peter Wood
Director
The Travelling Golfer
Tweet
Thanks for signing up!
X