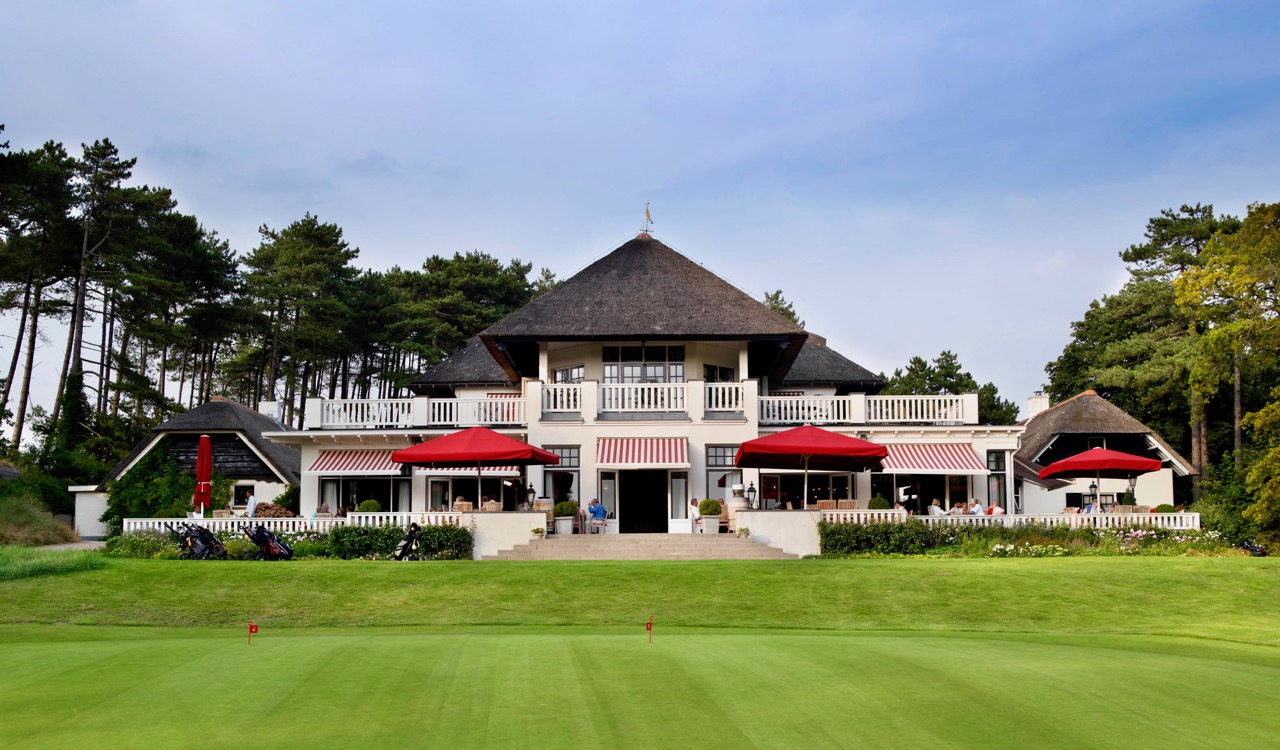 Royal Hague was founded in 1893 and is the oldest club in The Netherlands- however the club's course was destroyed in World War Two...

Some years prior to this Harry Colt's firm- Colt, Alison & Morrison were engaged by Dutch businessman Daniel Wolf to build a new course in imposing sand dunes near the coast at Wassenaar.

Harry Colt had at that stage transformed golf in The Netherlands forever with his work at Noordwijske, Kennemer, Ultrecht de Pan & more- but for Wolf's project (Charles) Hugh Alison was the lead designer as Harry Colt was unable to travel

Rather than rebuild on the old site after the war, Royal Hague formally moved to acquire Wolf's course and moved to the new site in 1947. 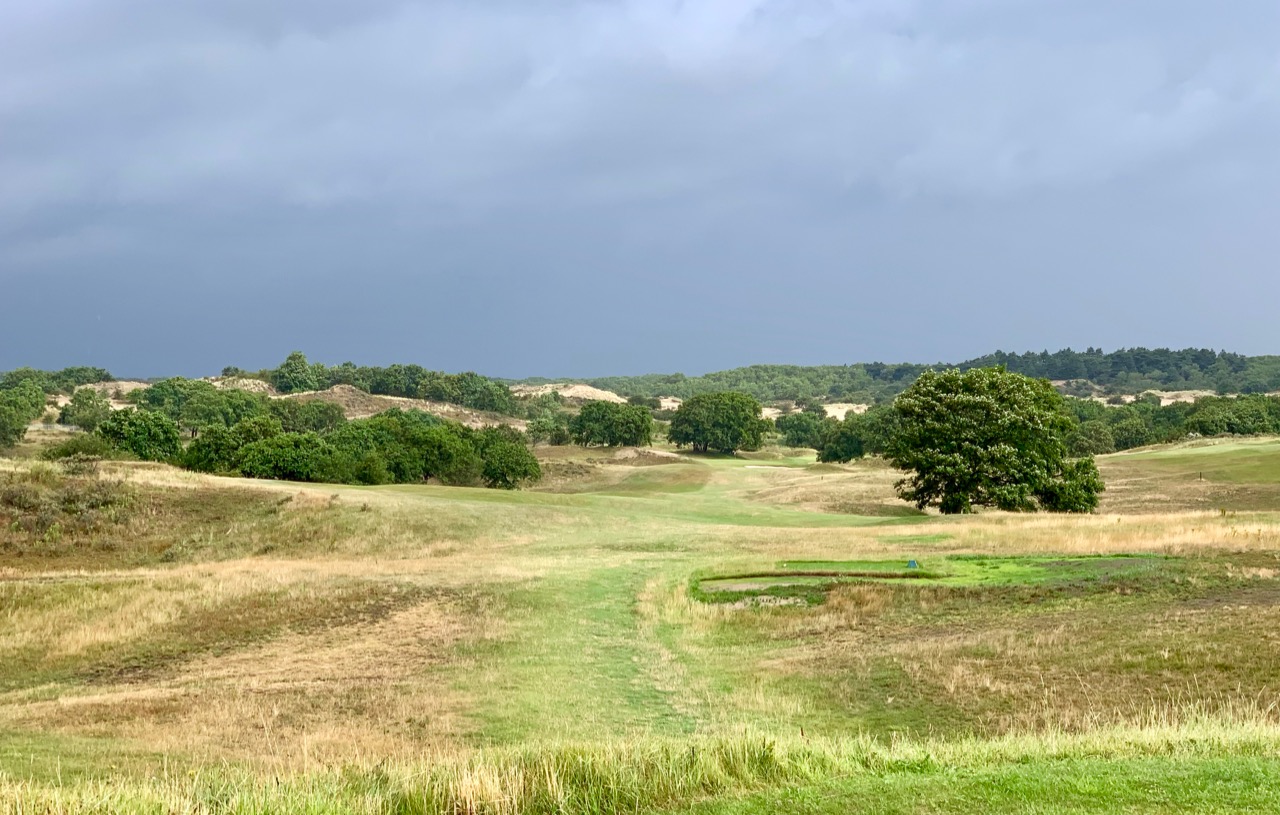 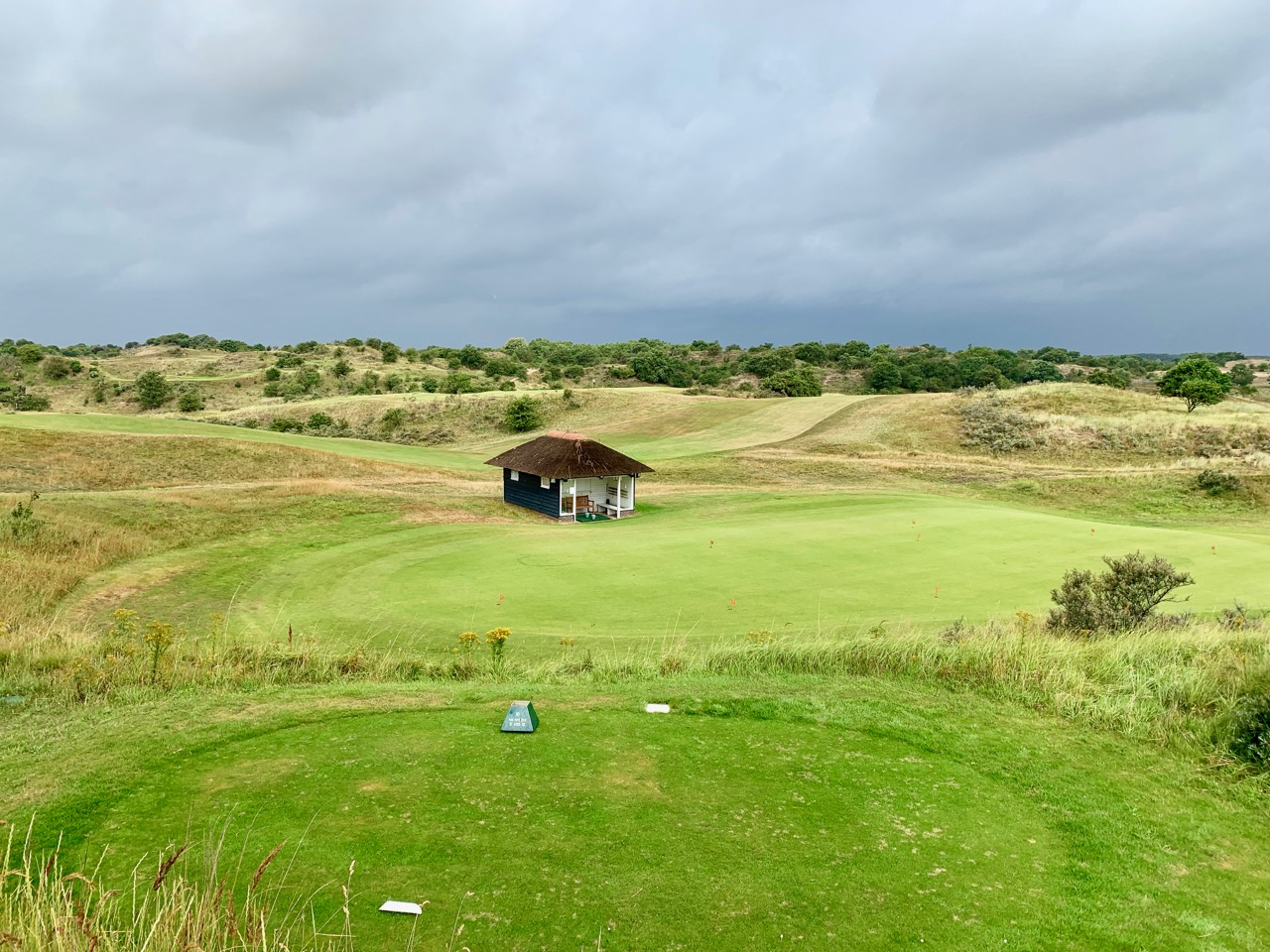 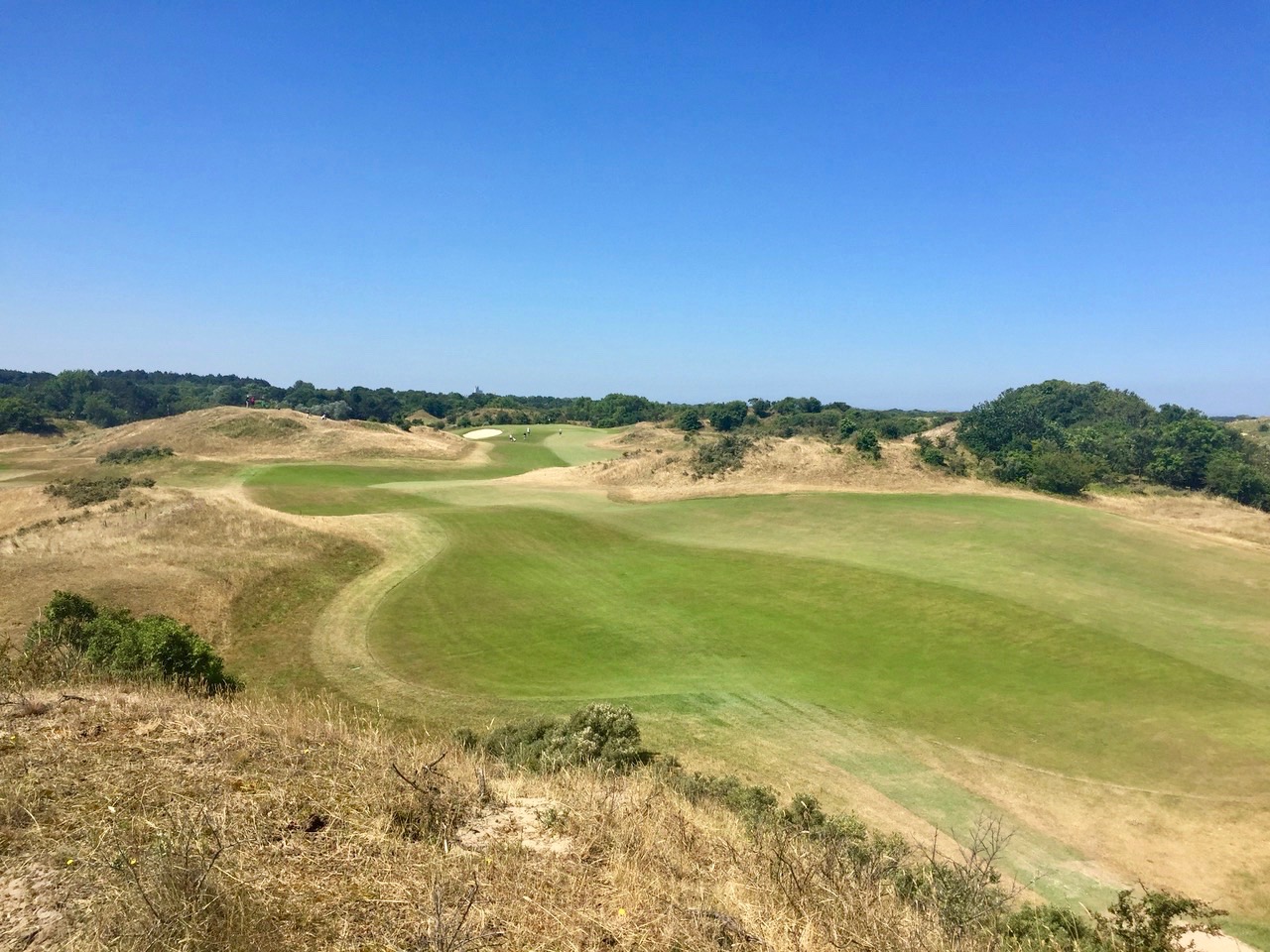 Royal Hague has hosted the KLM Dutch Open 20 times including the inaugural event in 1912.

The dunescape at Royal Hague is on a large scale with significant elevation change throughout the property.

When the course first opened it was a pure links with little vegetation other than long grass- but these days a number of holes feature pine trees and gorse giving more of a heathland feel.

The course itself is big and bold.

The greens are often raised and while there a not a lot of bunkers, those that are there are big and deep enough to intimidate. Perhaps the most challenging aspect of all is that the lies are rarely level..

It is a challenge for all levels of golfer- both off the tee where the fairway targets perhaps appear tighter than they really are, and the approach shots which are often off uneven lies to elevated greens 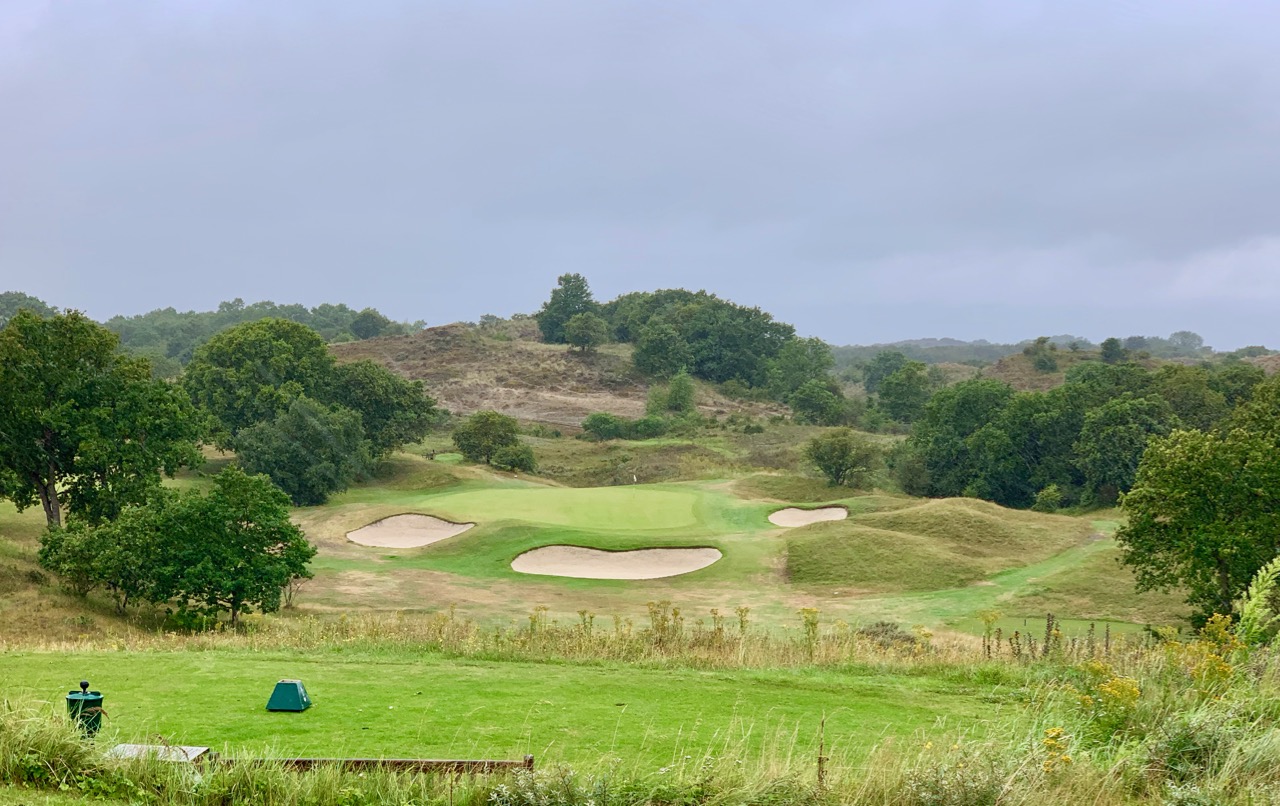 - hole 7, a delightful short par 4 with a blind tee shot, and small green surrounded by trouble

- hole 18, a lovely par 5 from an elevated tee to a split level fairway. 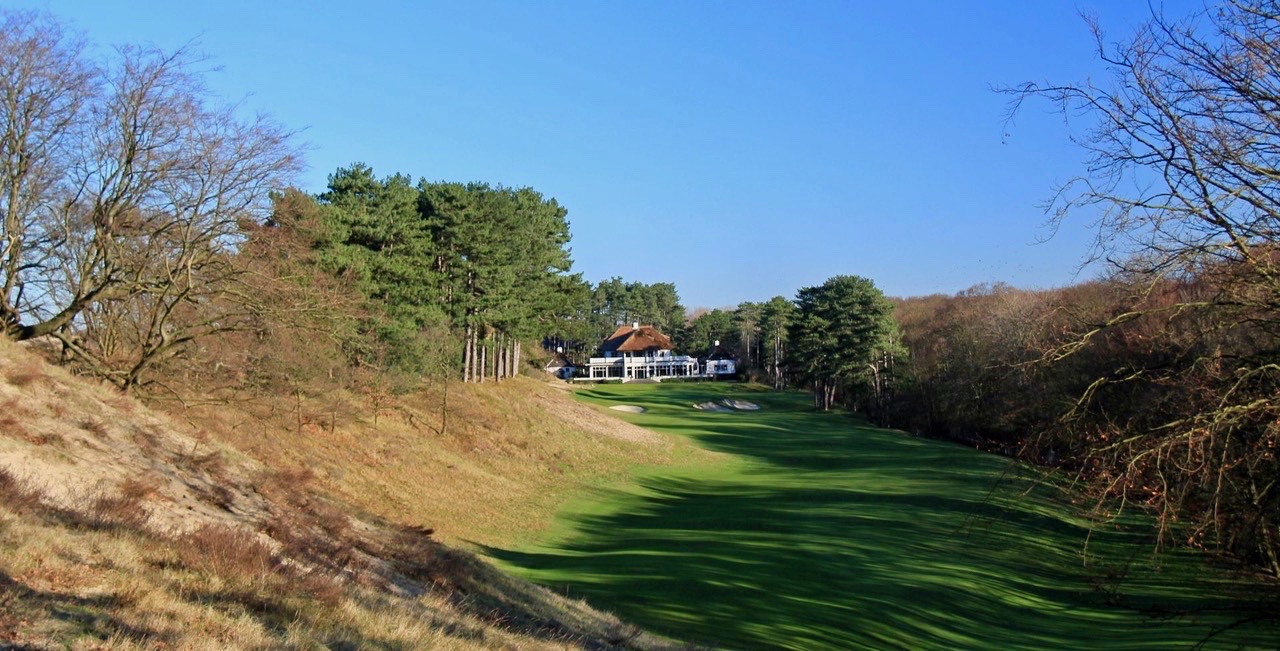 The Travelling Golfer can tailor a golf trip to The Netherlands to suit your group.