Rosanna Golf Club is ideally located in the beautiful Plenty River Valley in Lower Plenty, in the north eastern suburbs of Melbourne.
The Plenty River roams through the heart of the property which is surrounded by parkland. The occasional home can be seen in the distance, giving the course a genuine rural atmosphere. Established eucalyptus trees also feature prominently

The club has a rich history dating back to a site in Eaglemont in 1898, and later a site near Rosanna Station which ultimately saw the emergence of Yarra Yarra and Heidelberg Golf Clubs as well as Rosanna.

The current course in Lower Plenty was designed by Vern Morcom and opened in 1965. It is a pretty site and a lovely walk, with a course that requires players to be accurate to be successful. The tree lined fairways and small greens mean the course can be quite challenging. And the strong set of par 3’s at Rosanna will test any golfer’s mettle.

In recent times the club has substantially refurbished the clubhouse which has commanding views of the course, and the Plenty River Valley.

Hole 3 is a Mike Clayton design dating from 2005. It has a gorgeous setting in it’s own dell between the river loop and a steep bank, and has a pond in front of the green. It is a very picturesque hole, but although it is only a short iron for most it can be extremely challenging to play. A right side pin requires an accurate well flighted shot to hold the green, and if it’s windy or greens are firm, look out!

Hole 18 was built by Mike Clayton in 2001, the first of the new holes to be introduced. The previous shortish par 4 closer was a pretty hole, but perhaps not an appropriate finishing hole. The new hole is a classic risk/reward short par 5 hole from the men's tees offering a number of lines of play. Because the green is orientated left to right, and surrounded by deep bunkers, the preferred angle of approach is from the left side of the fairway. The stronger player will need to take on the ever dangerous river bend to access this position, whereas the shorter or more strategic player will tack safely away from the river off the tee, and back left with the 2nd shot to set up the right angle for a wedge in. Off the men's tees it's a good hole in a lovely setting...

Originally the eighteenth hole was also designed as a par 5 for ladies, but safety concerns led to the tees being moved forward, converting the hole to a challenging par 4, reachable by only the longest hitters. 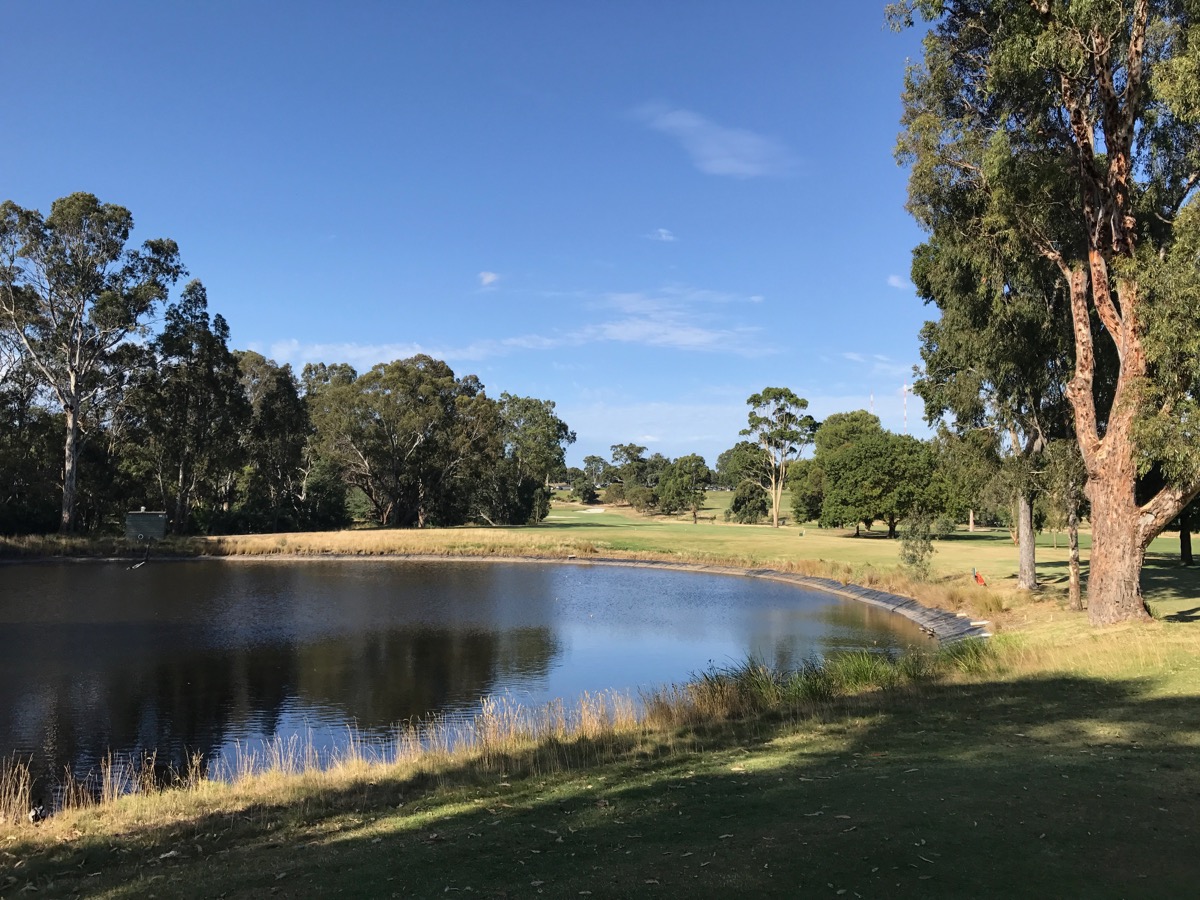 The Travelling Golfer can tailor a golf tour to suit your group. For suggested itineraries see Great Golf Destinations