The club was formed in 1892 and the course was originally located in the Northern Parkland area. However in 1906 the club made the move to the current site in Seaton. The site was predominantly flat with some very interesting and undulating dunesland dominating the central territory. It is this land that produces the more memorable holes at Royal Adelaide and raises the level of the course to iconic status in Australia and around the world. 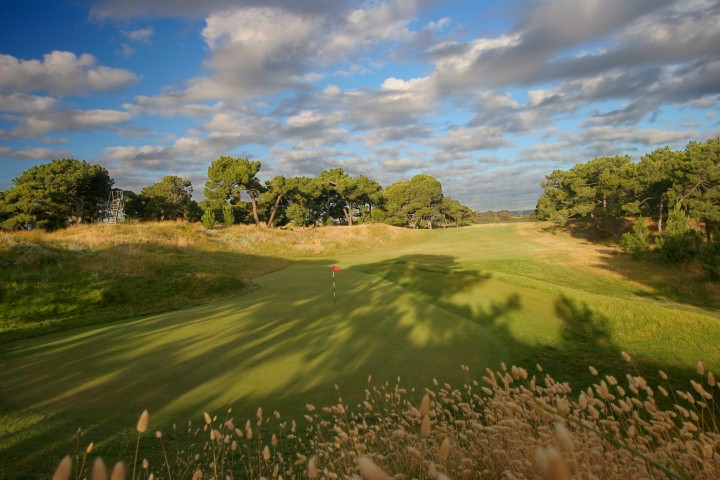 Royal Adelaide GC- the back of the 3rd green

Local Cargie Rymill was the man who initially was responsible for the laying out of the course which became 'Royal' in 1923. In 1926 Dr Alister McKenzie also contributed some suggestions, some of which were incorporated into the course. The combined efforts of these two gentlemen has produced a golfing gem that has endured through the ages. It is only in recent years that the club employed Michael Clayton to renovate the course, and opinion is divided on the merits of his efforts. Clayton is known for his obsession with the removal of trees, and at Royal Adelaide he has had a marked affect, changing the entire look of the golfing landscape. In my opinion part of the beauty of Royal Adelaide was lost when all the fairways were opened up. One can now look across parallel fairways at one, two, six and eight as one does on a scottish playing field - and this is quite an adjustment for those who were fond of the tree lined look of old.

Nevertheless these are quality holes, and turf conditions probably benefit from the current environment. Clayton has 'tidied up' a number of holes, generally to the good, but lost the confidence of the members  when completely redesigning the 17th hole  ( based on an old McKenzie concept ). The look and feel of the new hole was so alien to the rest of the course,  and the club eventually sought assistance from Tom Doak to try and modify the look to match the rest of the course. 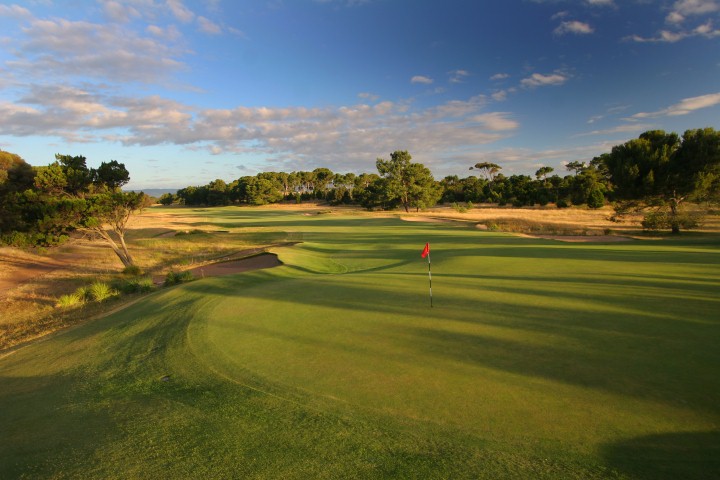 Royal Adelaide remains a favourite course to play in Australia. It is a lovely place to spend a day absorbing the history and feel of the place - after all RAGC has hosted 9 Australian Opens to date. But the first time visitor would be excused for questioning all of that on initial impressions...

The land is predoiminantly flat - the entrance road crosses the final hole- a busy railway line runs right through the centre of the property...Then you approach the first hole by walking beside the railway line, and around the 18th green to a flat hole that doglegs around a low mound, and borders the driving range.

No it's not a particularly special golf hole, but it is quirky and reminds me of some of the wonderful old links course in the UK. 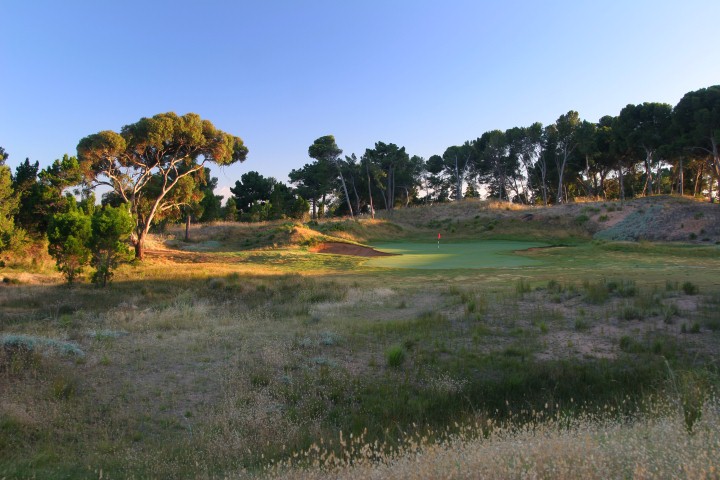 But the better holes at RAGC are world class and worth travelling to play- the par 5 2nd along the railway line is followed by the absolutely wonderful blind short par 4, third hole. Its a birdie hole that can wreck a card. The blind tee shot on the 4th hole, the approach to the heavily bunkered par 4 6th, and the tough par 3 7th all test your skills and leave you wanting to play them again.

On the back nine the par 4, 11th hole know as the 'crater' hole is a cracker, and the long par 4 14th is also an absolute classic. 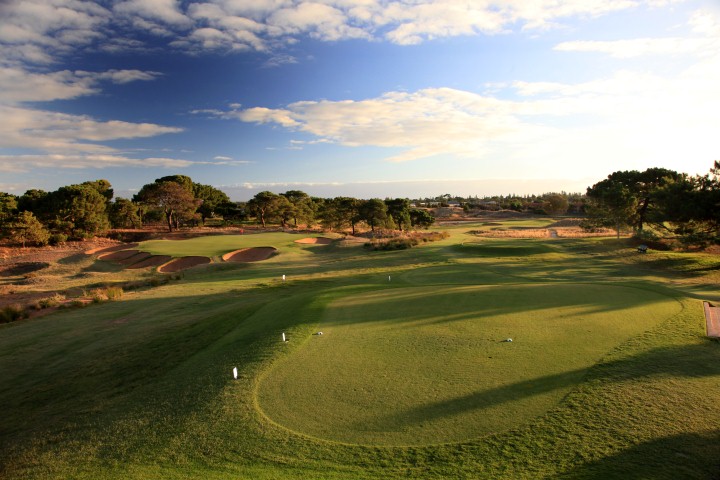 Sadly the finish is weak. After a blind tee shot on the par 5 15th hole, all interest dissipates as the rest of the hole is absolutely dead flat . The mid length par 3 16th hole has good 'bones' but lacks 'presence', the aforementioned 17th hole looks and plays like a course from Mars compared to the rest of the course. The final hole is a flat, straight, mid length par 4 hole that crosses the entrance road to a 'ho hum' green site surrounded by clubhouse, railway line, first tee, and driving range.

It is a slightly disappointing way to finish a wonderful old course.

Perhaps my critique is too harsh... the best of Royal Adelaide is uplifting - and I would play there any time I got the opportunity.

Whatever you do, make sure you get the opportunity to make up your own mind!

Other Courses in the Area: The Grange, Glenelg, Kooyonga

Accommodation: Many options to suit any budget around the Glenelg area

The Travelling Golfer can tailor a Golf Tour to Adelaide to suit your group.