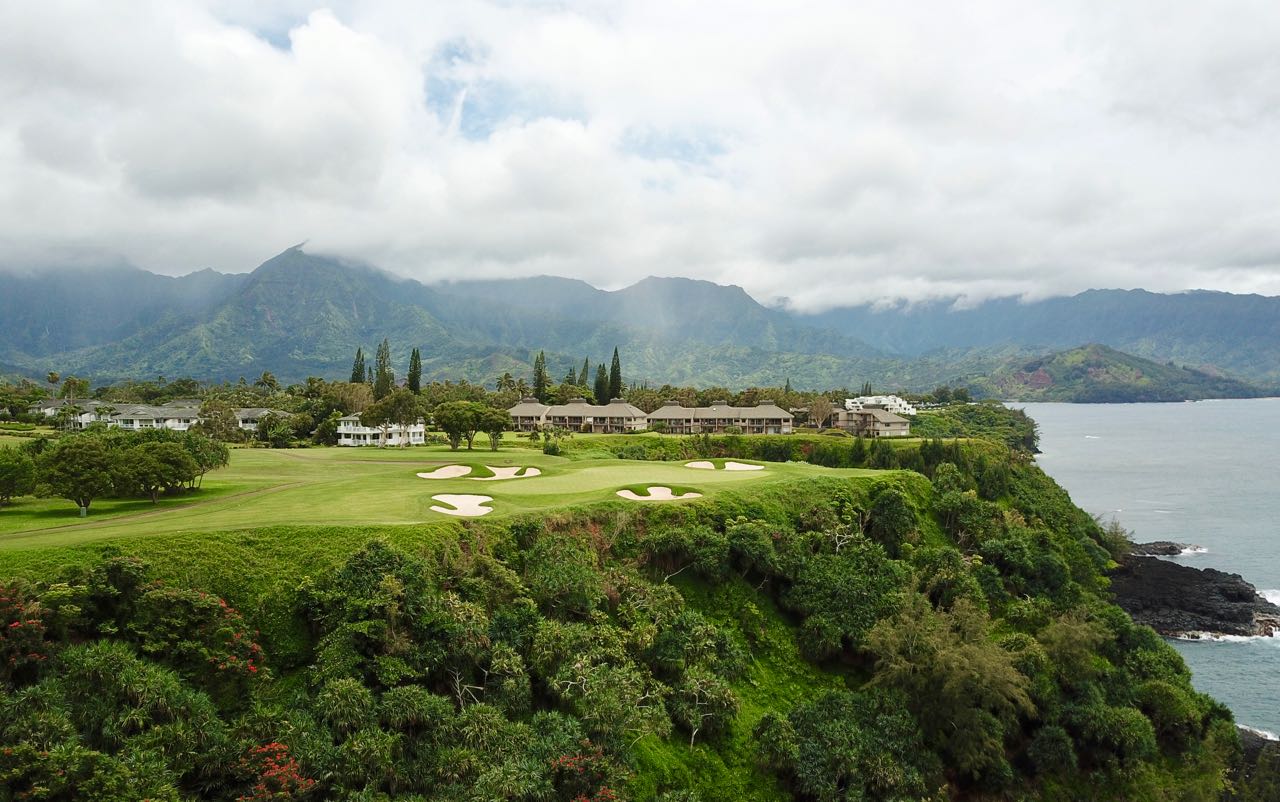 Robert Trent Jones Jnr is one of my favourite architects. His output of quality courses around the world is steadily mounting. In Australia he made a real impact with Coolum, Meadow Springs, Joondalup , Cape Schanck and The National’s Old Course- my favourite course in the land

RTJ obviously made a similar impact on Kauai having now designed 4 of the nine courses on the island.

Princeville is a large high end master planned community and resort on the north shore of Kauai overlooking Hanalei Bay.

Princeville Makai course was one of Jones's earlier designs, first coming into play in 1971. The course has 18 holes but also has a 9 hole ‘executive layout’ attached known as The Woods. 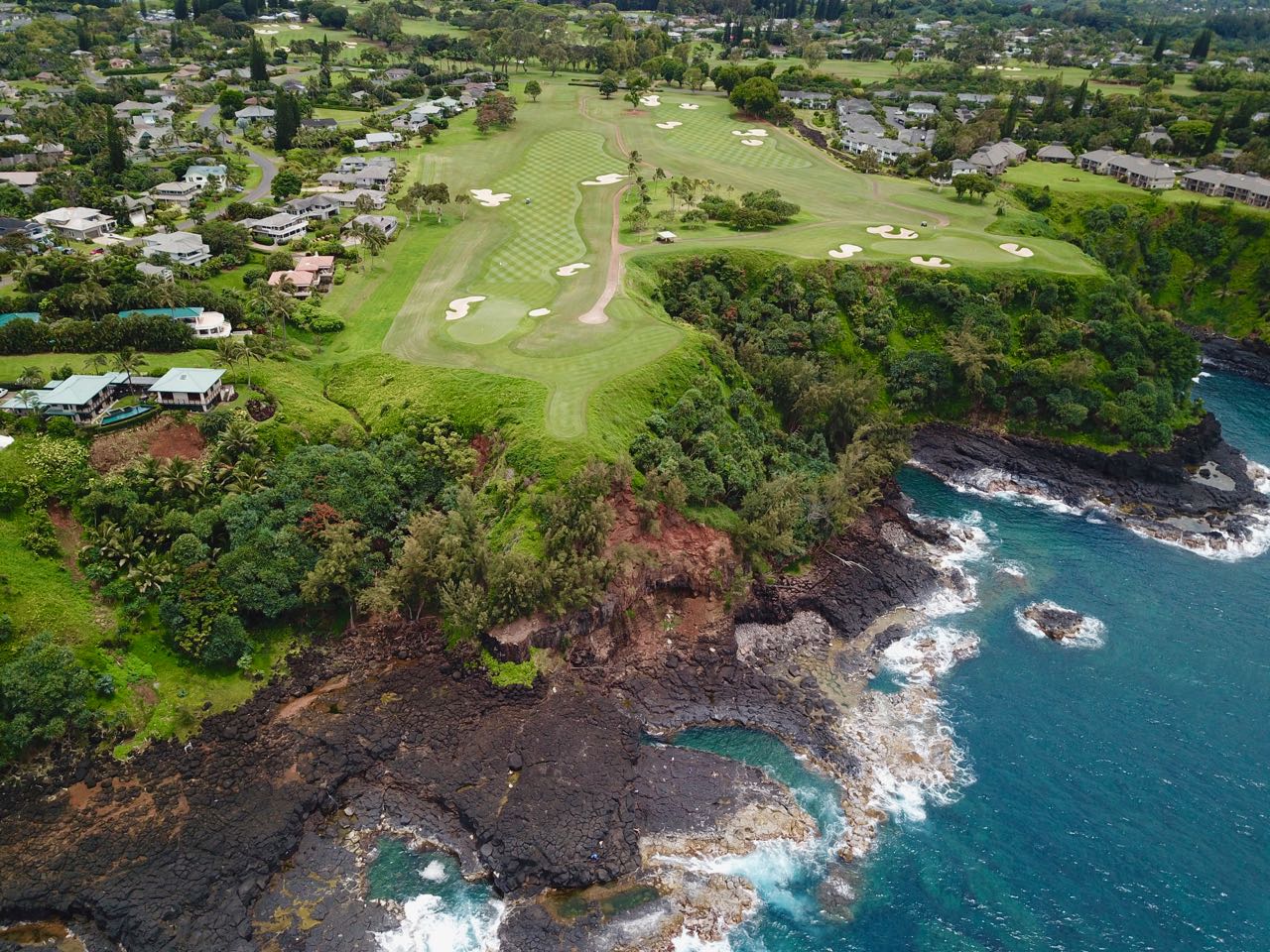 Also part of the complex is the fabulous Princeville Prince course which opened in 1991, and which is unfortunately closed at present (and has been for some years). I do hope it re-opens at some stage because it is a spectacular layout and perhaps the best course in the  Hawaiian Islands.

More recently Trent Jones returned to  carry out a comprehensive renovation of the Makai course with impressive results.

The Makai course is full of variation and mixes pleasant parkland holes with dramatic clifftop golf. The routing takes golfers to the sea and back a number of times during the round ensuring that the drama ebbs and flows. A number of the parkland holes play around or over lakes, and no two holes are alike 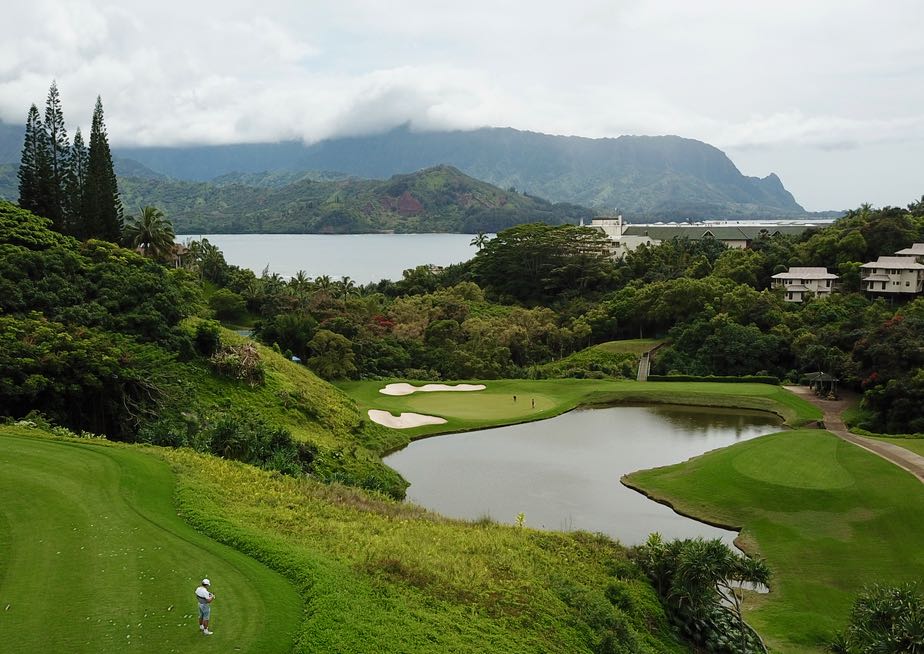 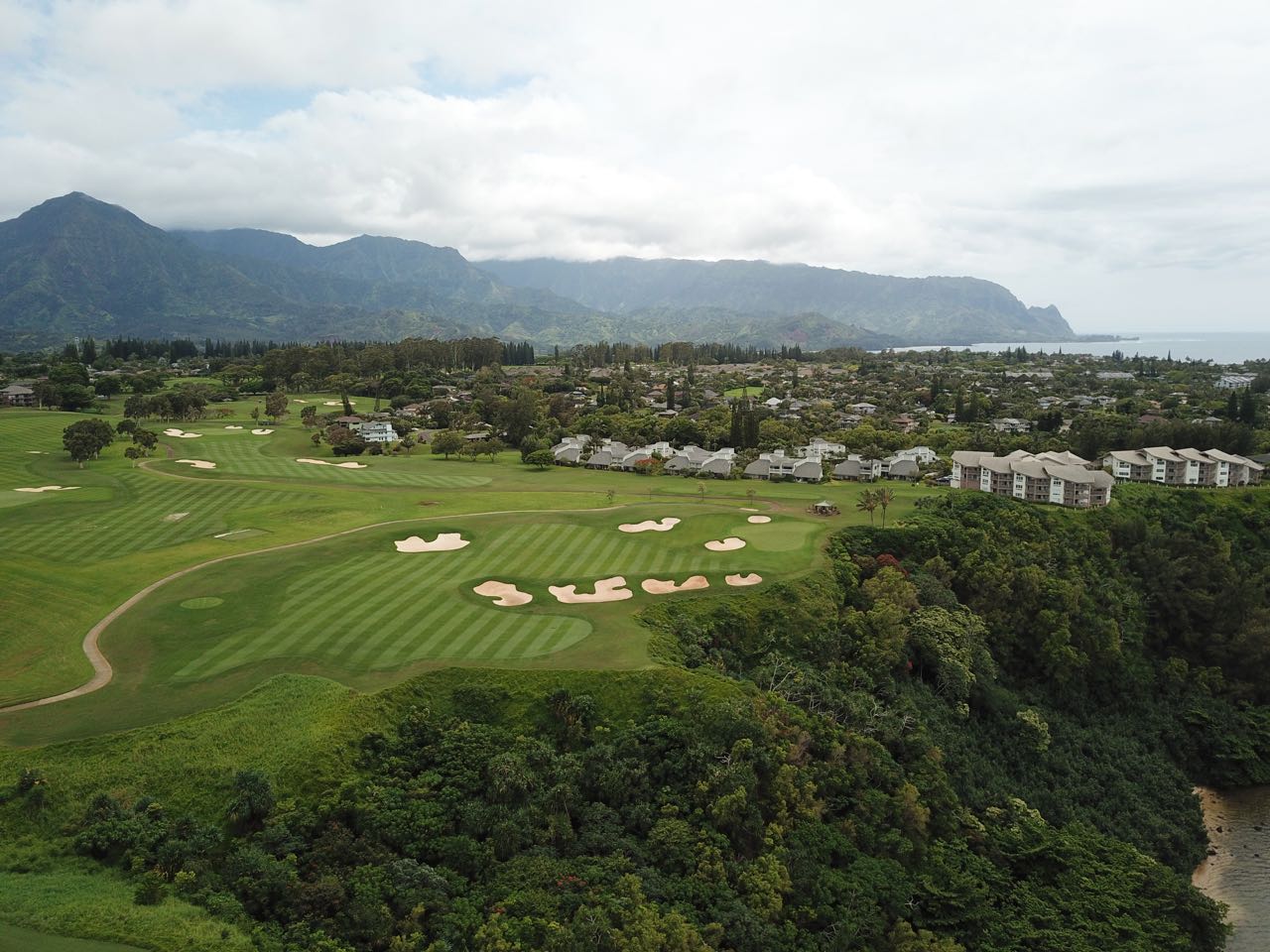 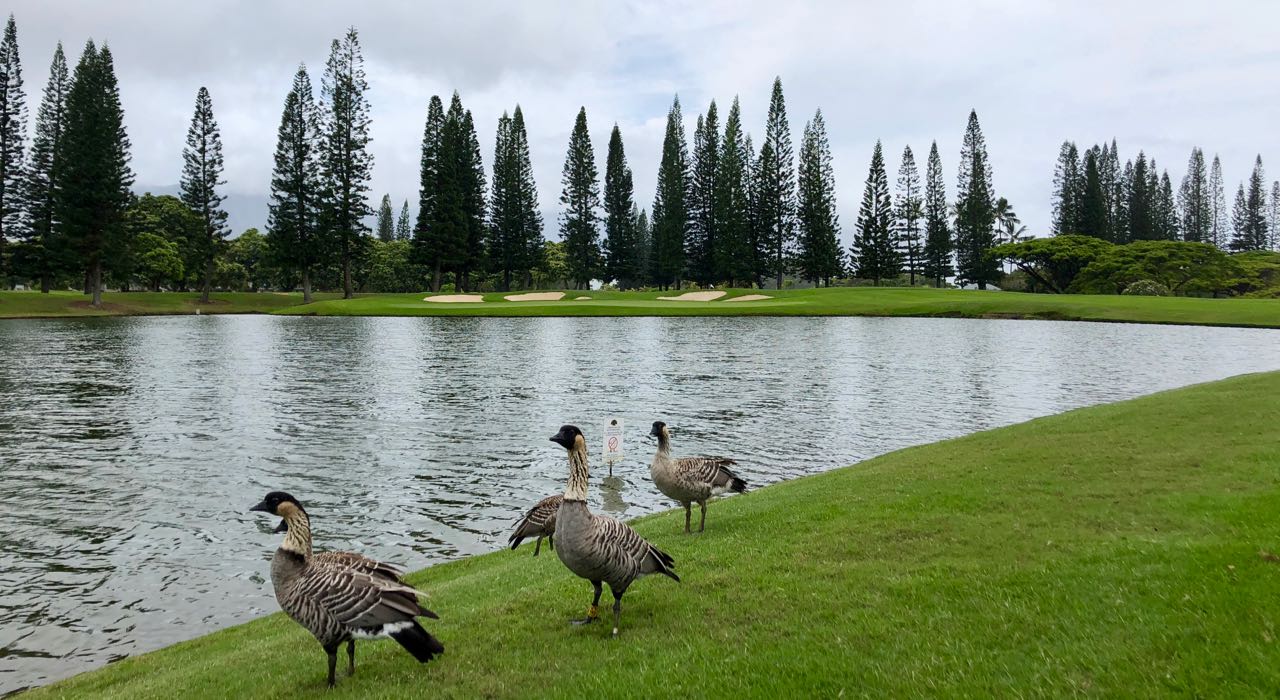 Princeville Makai is worth travelling to play, and a real Hawaiian golfing experience.

The Travelling Golfer can tailor a golf trip to Hawaii to suit your group. For itinerary suggestions see  Destinations: Hawaii- Golf on Kauai