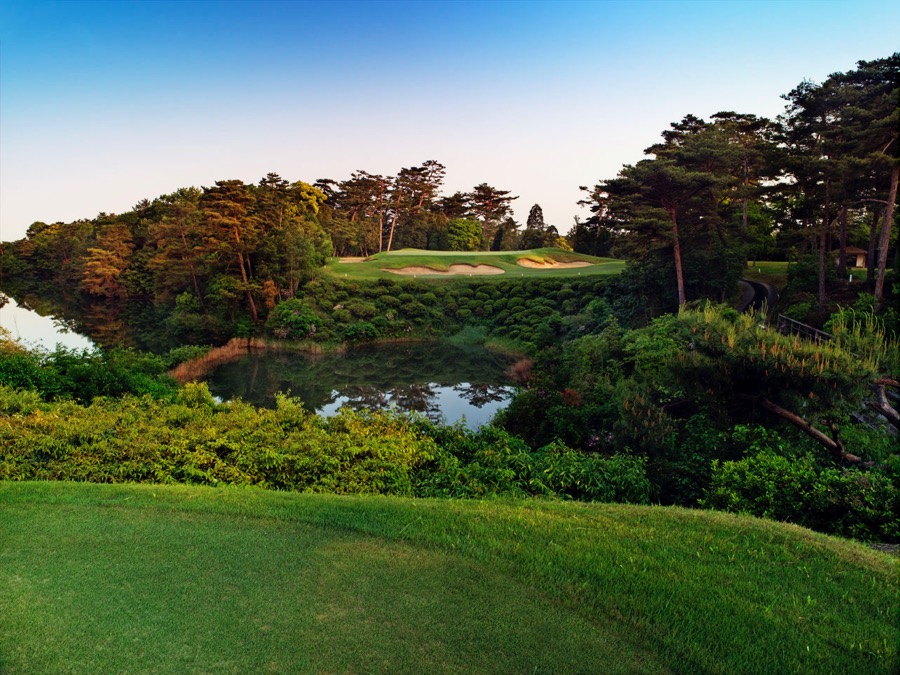 Charles Hugh Alison was a British golf course architect who partnered Harry Colt, John Morrison, and Alister McKenzie from 1928 ( Colt, Alison & Morrison ).  In 1930 when the firm was contracted to consult to Tokyo Golf Club , Alison was the man who was assigned to the job. In his time in Japan he made a significant impact designing not only Tokyo GC but also Kawana Resort, consulting to Naruo Golf Club on changes, and taking on the job of designing a new course at Hyogo near Kobe to be called Hirono Golf Club.

The Hirono Golf Club opened in 1932 and was immediately recognised as a course of great significance. The natural terrain of rolling woodlands included natural lakes, gullies, and some wonderful land for golf. With that as a starting point Alison has produced a quality routing. The back nine covers more undulating land, and as a result is the more appealing loop on first appearances. The front nine has a gentler rolling landscape with a succession of good holes and two outstanding par 3's. In fact the collection of par 3's at Hirono is really world class. The short 5th hole may be one of the best in the world!

From the opening tee shot the front nine beguiles you. Each hole is quality, and while the excellent greenside bunkering and elevated green structures are clearly from the same family, each hole has it's own character. The eighth hole is framed by bamboo on both sides of the landing area, and this evokes a very Japanese, but slightly different look to the rest of the nine, but the green is definitely part of the same family as the rest of the nine. Although I really enjoyed playing the front nine I would say that without the two par 3's the course might have been considered just a little too quiet to be considered to be in the top echelons of the world top 100. 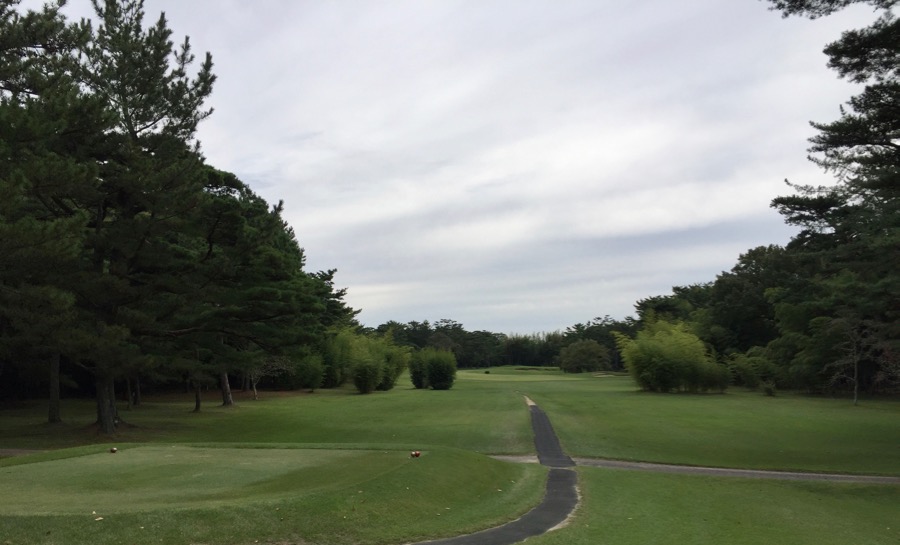 The back nine ventures into some remarkably good golfing territory with the par 5 twefth hole beginning a run of dramatic holes. On twelve the tee shot must navigate a gully and some shrubbery and carry another valley some 150 metres or more up the fairway. On the left is water, and on both sides the fairway is framed by pine trees. Of course the fairway winds to the left and a pine tree protrudes on that side making the tee shot a challenge. But the second shot is tighter and you have to stay straight to have any chance of hitting the well protected green in regulation. It is a very good golf hole. 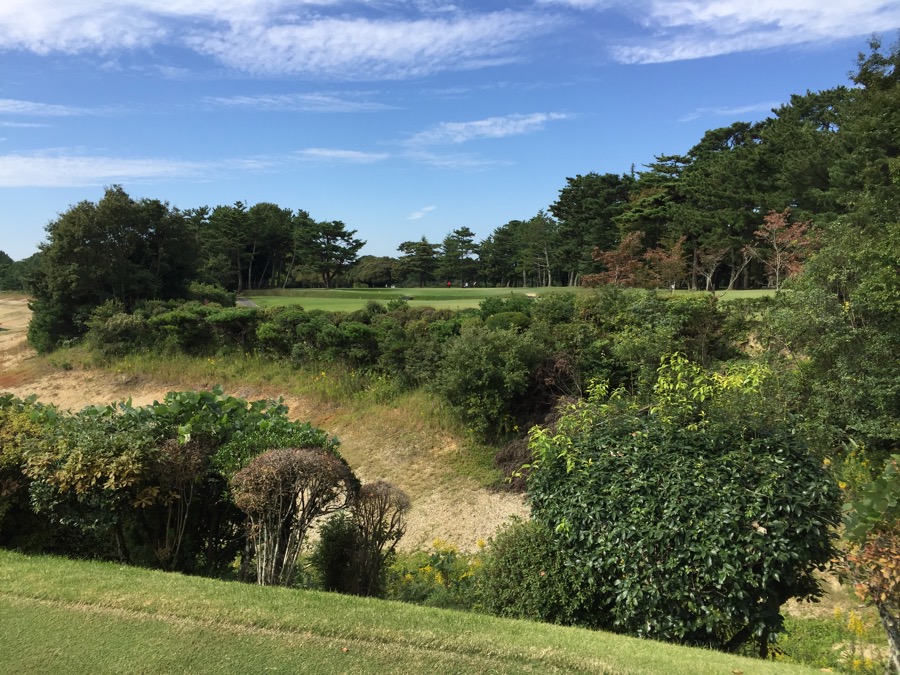 Hole 13 is another world class par 3 with water carry, old stone bridge, strategically placed trees, and bunkering all adding to the drama. Over the years the tee for this hole has changed twice significantly with the approach now coming at a completely different angle. No matter- it's still a really good hole. 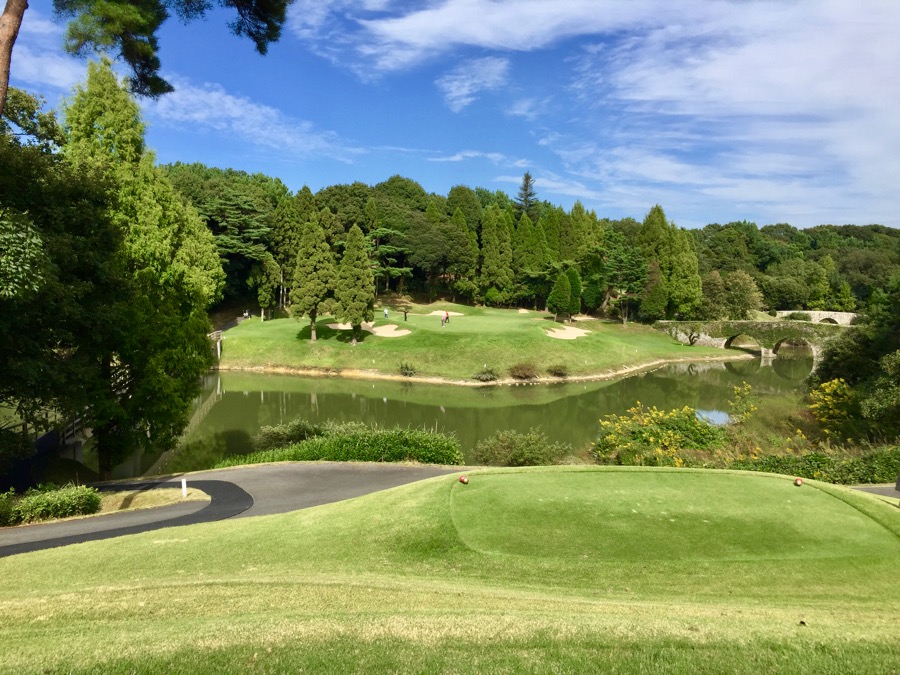 Hole 14 is a short par 4 which doglegs left- the catch is that you must get your tee shot far enough up the right hand side of the steep fairway to gain a clear shot in. Everything short or left is punished by some nasty roll... 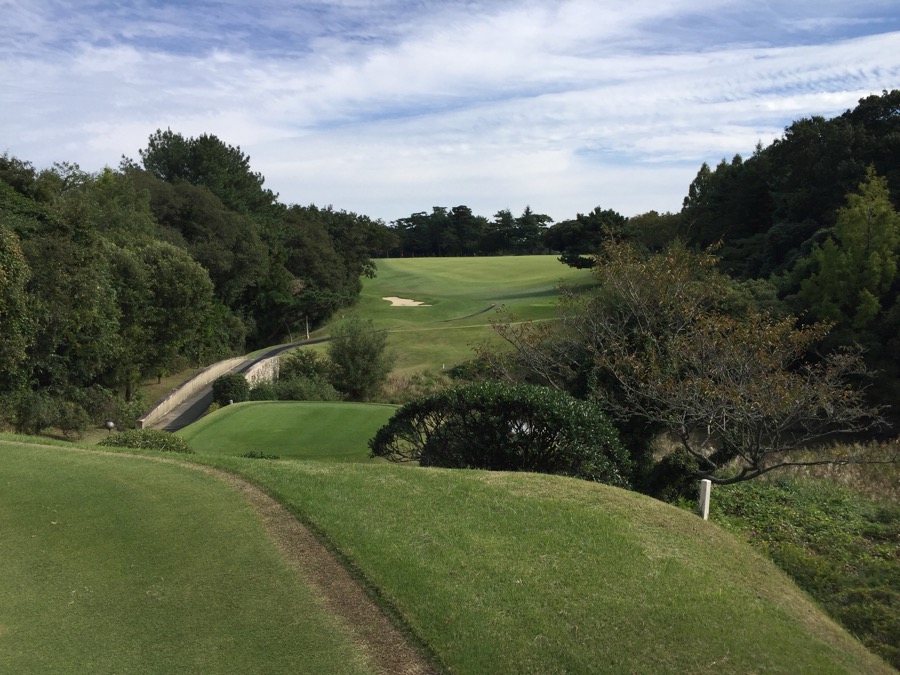 The tee shot on hole 14 at Hirono Golf Club

Hole 15 is a clever par 5. The fairway is wide off the tee, but the second shot must negotiate a gully, then cross bunkering. What makes that shot particularly interesting is the large pine tree leaning into the fairway on the left- and of course the fairway bends around to the left further down the hole. So you need a strong tee shot down the right hand side of the fairway to give yourself a chance at a straight shot over the hazards. Did I mention that there is fairway bunker on the right flank, and that the landing area pushes the bouncing ball to the left? It makes for a fascinating second shot where the better player may consider working the ball right to left to allow a short approach, whilst the less proficient may choose to play shorter and further right leaving a challenging third shot to a tricky well protected green. 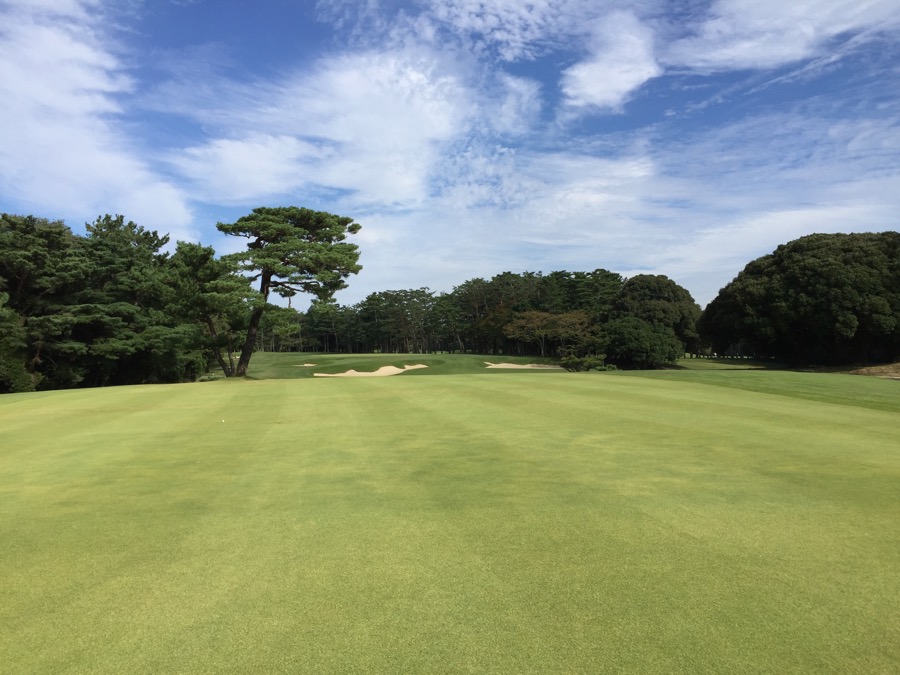 It's a simple hole, but oh, so clever!

The par 3 seventeenth hole is a brute. Measuring 231 yards off the back tee, one must carry a significant lake to an elevated sloping green protected by large bunkers both sides. Par is a great score here! 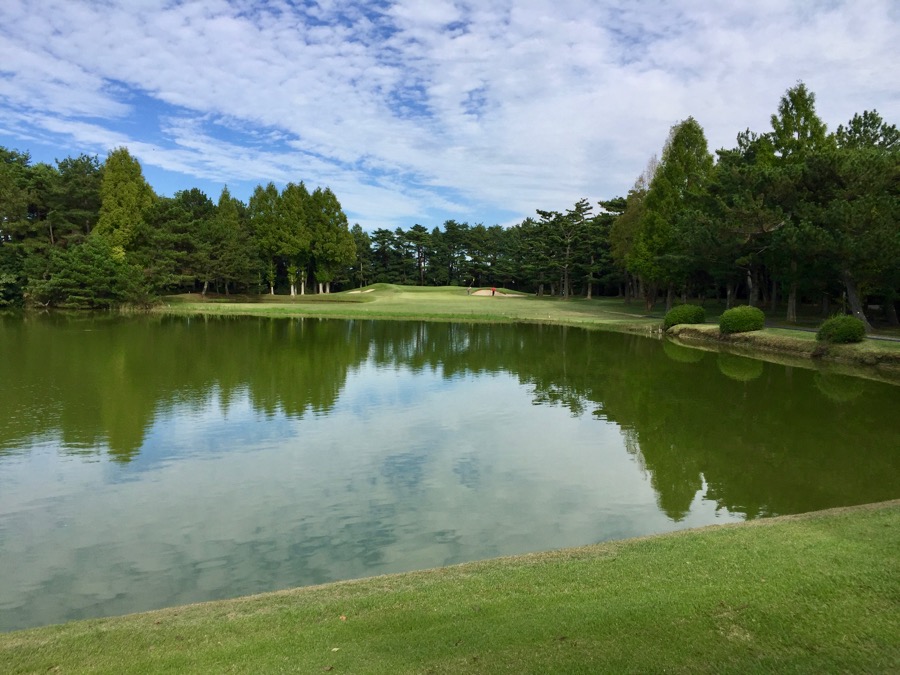 The course closes with a challenging mid length par 4 on the 18th hole. It takes two good shots to hit this green. 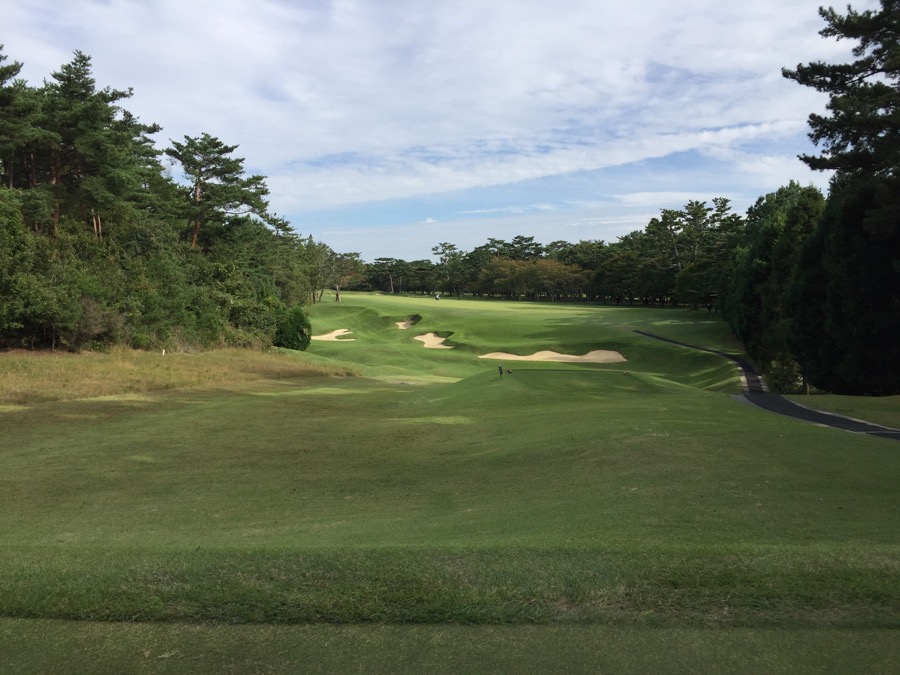 The tee shot on the closing hole at Hirono GC

It is no surprise to me that Hirono is rated the best course in Japan. There are no weak holes. It is a joy to play. Charles Alison left his mark here with sound strategic holes that reward the thinking golfer and stand the test of time. The par 3 fifth hole is absolutely world class, and the par 5's at  holes 12 & 15 are ripping holes.

Hirono is a very private members club, but if you ever get the chance to play, don't let it slip...

Hirono is a Travelling Golfer 'must play'

The Travelling Golfer can tailor a golf trip to Japan to suit your group. For suggested itineraries see Great Golf Destinations: Japan